Does Aide Follow Trump Around Golf Course Sharing Positive Press About Him?

Trump’s golf cart reportedly is equipped with a laptop and sometimes a printer for this purpose. 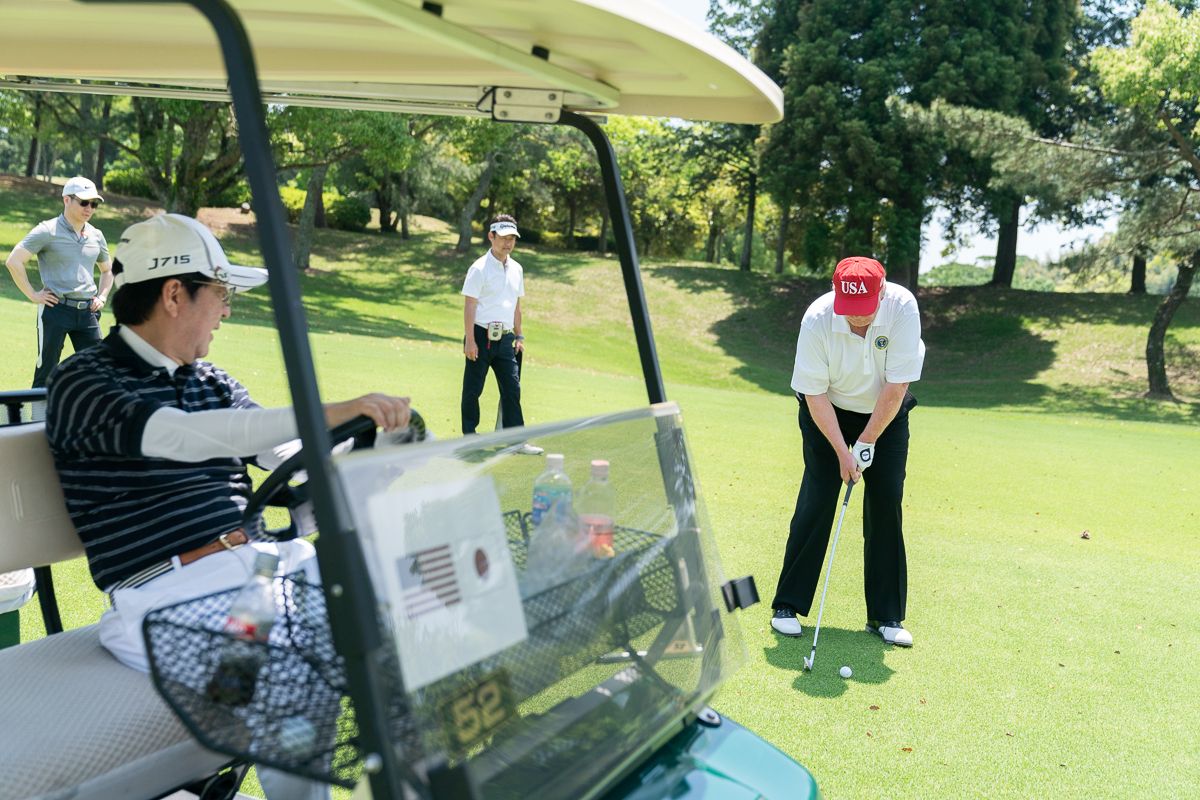 Claim:
As of late 2022, an aide of former U.S. President Donald Trump followed him around his Mar-a-Lago golf course to show him positive press coverage about him.
Rating:

On Dec. 19, 2022, former U.S. President Donald Trump was referred by a congressional committee to the Department of Justice for criminal prosecution over his role in the events of the Jan. 6, 2021, U.S. Capitol riots. Alongside this, another Justice Department investigation pressed on, looking into whether Trump purposely hid classified documents at his Mar-a-Lago estate.

Published on Dec. 18, 2022, a Washington Post report about Trump's post-administration transition, and his management of classified materials, had readers talking. One key detail prompted ridicule on social media, as it claimed that a Trump aide followed him around the golf course sharing positive press coverage about him with him.

The anecdote was recounted in this report:

Natalie Harp, one of Trump's employees and a former host on the pro-Trump cable network One America News, often accompanies Trump on his daily golf outings, riding the course in a golf cart equipped with a laptop and sometimes a printer to show him uplifting news articles, online posts or other materials.

On some quiet days, another aide, Molly Michael, who served as Trump's assistant in the White House, has called around to Trump's network of allies across the country requesting that they dial the former president to boost his spirits with positive affirmations. There's nothing going on, she has told them, adding that his friends know how restless he gets when nothing is going on, according to people who have heard her appeal.

The article went on to describe how in his post-presidency life, Trump attempted to recreate the trappings of his presidency at Mar-a-Lago, an existence that one anonymous longtime confidant described as "sad."

The Washington Post relied on interviews with 23 people to confirm these accounts, including many on condition of anonymity so they could disclose "private details" about Trump that hadn't been published before.

In response to the article about life after leaving office, Trump spokesperson Steven Cheung said to the Washington Post that Trump "spent the last two years continuing to build up the MAGA movement and helping elect America First candidates across the country, to the tune of a 98.6% endorsement record in primary elections. [...] There is nobody who has worked harder to advance the conservative movement. After years of biased media coverage and Big Tech meddling in an election to help Joe Biden and the Democrats, President Trump continues to be the single, most dominant force in politics and people— especially unnamed sources who purport to be close to him— should never doubt his ability to win in a decisive and commanding fashion.

We have reached out to Trump's office to ask about this reporting. But because we have been unable to independently verify the Washington Post reporting, we have for now rated this as a "Research in Progress."