The U.S. government as a whole did provide aid to the Bahamas after Hurricane Dorian in summer 2019. 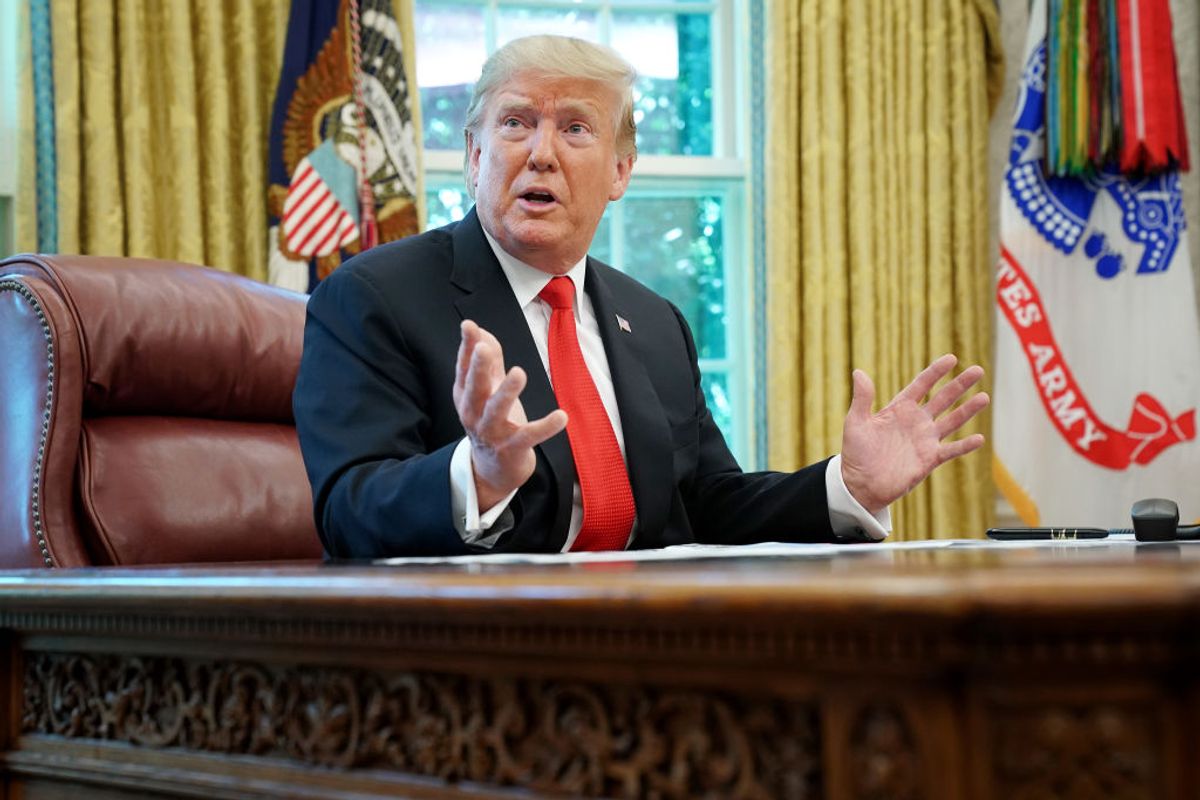 In September 2019, shortly after Hurricane Dorian devastated the Bahamas, a rumor started to circulate on Facebook claiming that U.S. President Donald Trump had personally donated $1 million to the relief fund for the Caribbean country: This rumor is unfounded.

Although verbatim copies of this message — "President Trump donated $1 million dollars to the relief fund for The Bahamas. No politicians have donated ANYTHING. ZERO" — were shared by a number of Facebook users (as well as a few variants), we've yet to come across any posting that linked the claim to a credible news report.

Furthermore, neither Trump nor the White House has announced any personal donations from the president to the Bahamas. We reached out to White House Press Secretary Stephanie Grisham for comment but did not hear back by press time.

While this rumor is based on a series of unsourced social media posts, it isn't far-fetched. Trump truly donated $1 million to the recovery effort in Texas and Louisiana in the wake of Hurricane Harvey in 2017:

The donation was divided among 12 charities, including the Red Cross, Salvation Army, Reach Out America and the ASPCA. The White House previously requested recommendations of where Trump should send his money and "several of the following organizations were recommended ... by members of the White House Press Corps."

Perhaps some social media users came across one of the 2017 reports about Trump's donation to a hurricane-relief effort and mistook them for recent news. As of this writing, however, no such donation has been announced for the Bahamas in 2019.

When Trump took office in January 2017, he pledged to donate the entirety of his presidential salary (approximately $400,000 annually) to various causes. Trump has kept this promise. As of this writing, Trump's most recent donation ($100,000) went to the Department of Health and Human Services:

President Donald Trump wrote a check to donate his second quarter 2019 salary to the office of the Surgeon General to fund an upcoming public health advisory, the White House told USA TODAY.

It's his third salary donation to the Department of Health and Human Services.

"The President recognizes the important mission of the Surgeon General to protect and improve the health of all Americans, including helping to tackle the opioid epidemic and raise awareness of the dangers of e-cigarette usage among teenagers and children," the White House said in a statement.

While the White House has publicized these donations, they have made no announcements regarding a $1 million personal donation from the president to the relief effort in the Bahamas. The U.S. government, on the other hand, started to provide aid to the Caribbean country almost immediately.

A spokesperson for the State Department told us that the United States Agency for International Development (USAID) is working to "provide humanitarian assistance, search and rescue, and other disaster response measures" to the Bahamian government. USAID will also be providing nearly $3 million in additional humanitarian assistance to help the recovery effort:

At the request of Prime Minister Minnis of the Bahamas, the United States is providing assistance to the people of the Bahamas in the wake of Hurricane Dorian. Hurricane Dorian began to make landfall in the Bahamas on September 1, 2019, and is the strongest storm to ever hit The Bahamas, the second strongest Atlantic storm measured by wind speed on record. The U.S. Embassy to The Bahamas and United States Agency for International Development (USAID), are a part of the whole-of-Federal Government effort to provide humanitarian assistance, search and rescue, and other disaster response measures at the request of the Bahamian government, as well as assisting U.S. citizens in the affected areas. We appreciate Prime Minister Minnis’ leadership through this difficult time and remain in close contact with all levels of the Bahamian Government as we work together to respond to this disaster.

On September 7, USAID Administrator Mark Green announced $1 million in additional humanitarian assistance to help people in The Bahamas affected by Hurricane Dorian, bringing USAID’s total funding for this response to $2.8 million to date. This new funding will provide emergency food assistance to people in areas worst affected by the hurricane. USAID’s funding is also providing urgently needed shelter, water containers, and hygiene kits to people in need, as well as providing critically needed logistics support to help move commodities to The Bahamas.

We refer you to the White House for information about any personal action taken by the president.