Did Trump Say 'This Is a Great Day' for George Floyd?

The president's comments came during a press conference about employment statistics on June 5, 2020. 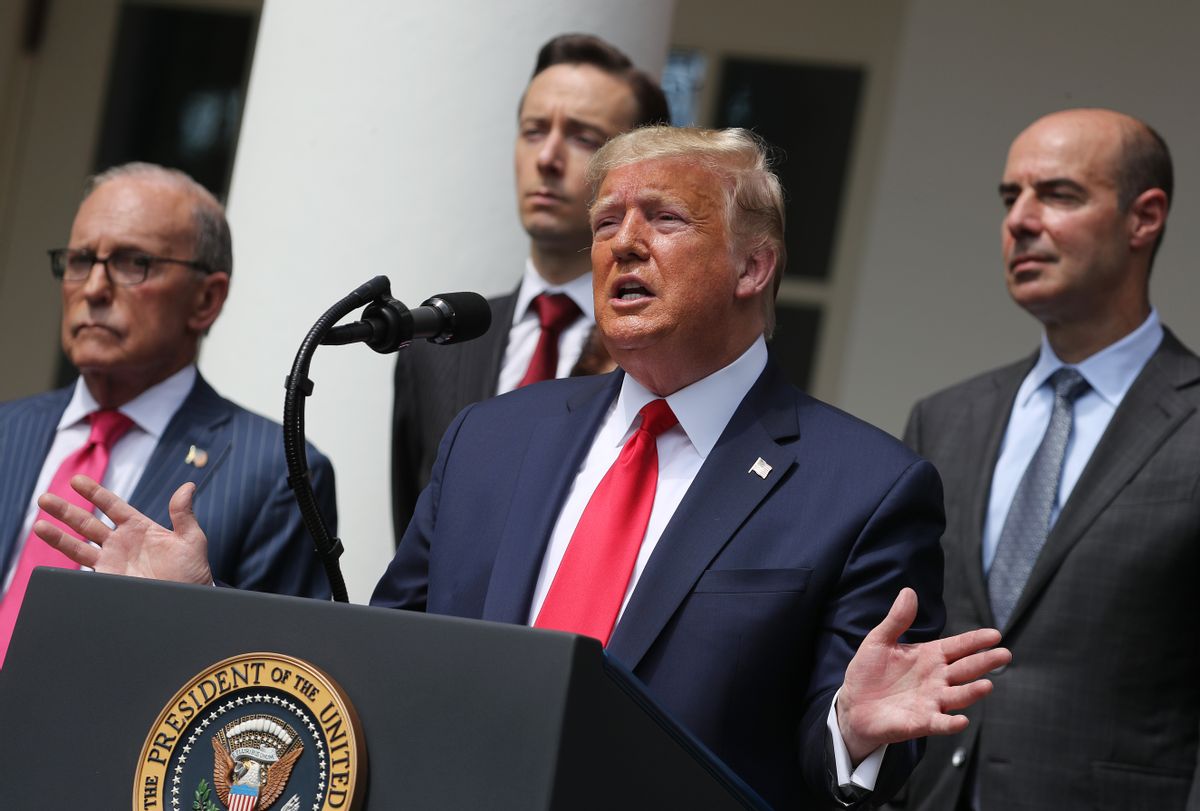 Claim:
On June 5, 2020, U.S. President Donald Trump stated during a talk about employment numbers that it was a "great day" for George Floyd, a black man who was killed May 25 after a Minneapolis police officer kneeled on his neck.
Rating:

In late May 2020, George Floyd, an unarmed black man, died after a Minneapolis police officer pinned him down and kneeled on his neck. Protests against police brutality — some violent — spread swiftly across the U.S. and other countries, and numerous cities were placed under curfew.

Less than two weeks later, some Snopes readers questioned whether U.S. President Donald Trump had truly stated in a speech about employment statistics that it was a "great day" for Floyd, suggesting that Floyd was "looking down and saying, 'This is a great thing that's happening for our country.'"

Trump's commentary came during an event at the White House Rose Garden in which he discussed U.S. job numbers in the month of May. Due to the ongoing COVID-19 coronavirus pandemic, stay-at-home orders have resulted in massive unemployment. He appeared to veer off prepared remarks, stating:

Those remarks can be seen in the following video clip:

Trump has been criticized for using inflammatory rhetoric that escalated a growing crisis in Minneapolis, while an outpouring of public anger, protests, and riots consumed that city in the immediate aftermath of Floyd's death. The official White House Twitter account posted a tweet that threatened "when the looting starts, the shooting starts. Thank you!" Twitter hid the tweet for violating platform rules against glorifying violence. Trump has also been criticized for his threats to send in the U.S. military against protesters.

Because Trump did indeed make the comment about Floyd in question, we rate this claim "Correct attribution."

Global News. "Trump Hopes George Floyd Is 'Looking Down' Saying 'This Is a Great Thing Happening for Our Country!'"   YouTube. 5 June 2020.