Could a Case Currently Before the Supreme Court Result in a Stronger Presidential Pardon?

Gamble v. United States concerns a felon who was arrested for possession of a firearm. It could also have significant bearing on the President’s much vaunted pardon power. 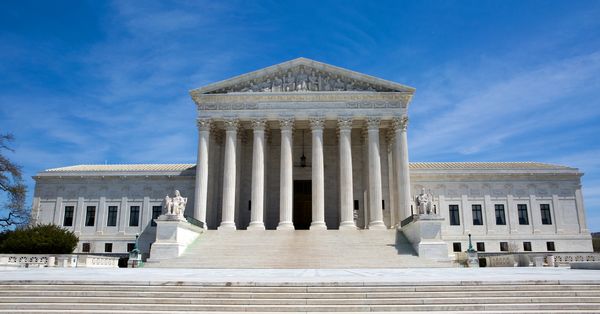 Claim:
Judge Kavanaugh, if confirmed to the Supreme Court, could be a deciding vote on a case that has the potential to dramatically increase the power of the presidential pardon.
Rating:

This article discussed the potential implications of a case that was, at the time of writing, undecided by the Supreme Court. On 17 June 2019 the Supreme Court decided that case, rejecting arguments that could have resulted in a stronger presidential pardon. Far from Kavanaugh's being a deciding vote on the case, the court ruled 7-2 against the notion that Federal and State prosecution for the same crime violates the so-called “double jeopardy clause” of the Constitution. Justices Ruth Bader Ginsburg and Neil M. Gorsuch dissented.

On 29 November 2015, a motorist named Terance Gamble, who had been convicted of second degree robbery seven years earlier, was pulled over by an Alabama police officer because of a faulty headlight on his vehicle. Upon searching the car, the officer found a handgun, among other items. It is illegal under both Alabama law and United States law for convicted felons to possess firearms, and Gamble was eventually sentenced to one year in prison on that charge by the state of Alabama.

During Gamble's prosecution under Alabama law for possession of a firearm as a felon, the Federal Government also charged him with the same crime. Gamble’s lawyers argued that this second conviction was a violation of the U.S. Constitution’s ban on “double jeopardy,” which is intended to protect people from being prosecuted for the same crime more than once. The double jeopardy clause is found in Fifth Amendment to the U.S. constitution, which states (in part) that "No person shall ... be subject for the same offense to be twice put in jeopardy of life or limb.” Specifically, the clause has been interpreted to be a prohibition on:

Gamble has been in federal prison since entering a guilty plea on 18 October 2016 that allowed him to appeal his case. In June 2018, the Supreme Court agreed to hear his argument that he has been unconstitutionally punished multiple times for the same crime. While the case is about the constitutionality of a man being charged twice for the same gun possession incident in a narrow sense, the case more broadly has the potential to significantly alter 150 years of Supreme Court precedent.

Since the 1850s, the Supreme Court has allowed for one explicit exception to the Constitution’s double jeopardy protections: cases of dual sovereignty (or “separate sovereigns”) which stem from view that the federal government and state governments are distinct entities with occasionally overlapping jurisdictions. (Exceptions to this exception exist which seek to limit double prosecutions at the federal level, but as this case shows they do not always have that effect.)

This ”separate sovereigns” exception to double jeopardy, though built on several previous rulings, was made most explicit in a 1920s bootlegging case, United States v. Lanza, which allowed a man to be charged with bootlegging crimes by both the state of Washington and the federal government. With respect to that case, Chief Justice William Howard Taft argued:

We have here two sovereignties, deriving power from different sources, capable of dealing with the same subject matter within the same territory. Each may, without interference by the other, enact laws to secure prohibition, with the limitation that no legislation can give validity to acts prohibited by the amendment. Each government, in determining what shall be an offense against its peace and dignity, is exercising its own sovereignty, not that of the other.

How Can a Case Overturn a Precedent?

The separate sovereigns exemption has for much of its history been a controversial precedent which critics maintain is not rooted in the original text of the Constitution but is instead cobbled together from different partially relevant Supreme Court decisions -- decisions rooted in a time when the federal government was less powerful and whose questions never directly sought to address the explicit matter of double punishment for the same crime in state and federal jurisdictions. This argument is reflected in Gamble’s filing.

The government argues in this case that the precedent is well-established through myriad Supreme Court cases and consistent with the Founding Fathers' vision of state and federal government duality:

The dual-sovereignty principle has been “long held”, and “consistently endorsed” by this Court, which has recognized its soundness as a matter of “[p]recedent, experience, and reason alike,” The Court explained the roots of the principle more than 150 years ago. And in 1959, the Court described a challenge to the dual-sovereignty doctrine as “not a new question,” having been “invoked and rejected in over twenty cases" ...

Each sovereign is entitled to “exercis[e] its own sovereignty” to “determin[e] what shall be an offense against its peace and dignity” and prosecute the offender “without interference by the other.” Under petitioner’s interpretation of the Double Jeopardy Clause, one sovereign’s efforts (successful or not) to enforce its own laws would vitiate the other sovereign’s similar law-enforcement prerogatives. But that cannot be squared with the Constitution’s bedrock structure of governance.

In this case, Gamble has explicitly asked the Supreme Court to rule on a single specific question: “Whether the Court should overrule the “separate sovereigns” exception to the Double Jeopardy Clause.”

Why Would President Trump Be Interested in the Outcome of This Case?

The reason Gamble v. United States is generating buzz from people other than constitutional law scholars is that the separate sovereigns exception also prevents President Trump from pardoning people for state crimes. Under current Supreme Court precedent, a presidential pardon of an individual does not prevent that individual from being prosecuted for the same or similar crimes under state law. “Under the dual sovereignty doctrine,” Adam J. Adler wrote in the Yale Law Review, “as long as two offenses are defined by different jurisdictions, they cannot constitute the ‘same offense.’”

The Congressional Research Service issued an August 2018 report on the potential ramifications of the case, and this report included a discussion of its possible effect on the presidential pardon power:

The Gamble case may nevertheless have significant collateral legal effects ... A win for Gamble could also indirectly strengthen the President’s pardon power, by precluding a state from prosecuting an already-pardoned defendant who has gone to trial on an overlapping offense.

What Does This Have to Do with Brett Kavanaugh?

Some pundits have speculated that the reason why certain politicians seem to be in a rush to seat Judge Brett Kavanaugh on the Supreme Court is that is that he has a notably strong view of presidential powers and therefore would be a vote in favor of Gamble and for an expansion of presidential pardon powers -- and the Supreme Court announced they would be hearing this case the day after Justice Kennedy’s retirement. This temporal proximity has prompted some commenters to opine that the rush might be motivated by a desire to limit the president’s legal liability in the Russia probe and other investigations: While we cannot speculate on the motives of politicians who are supporting Judge Kavanaugh's nomination, The Atlantic reported that prominent political legal scholars agree in a general sense with the view of this case’s having importance with regard to President Trump’s pardon power:

Within the context of the Mueller probe, legal observers have seen the dual-sovereignty doctrine as a check on President Donald Trump’s power: It could discourage him from trying to shut down the Mueller investigation or pardon anyone caught up in the probe, because the pardon wouldn’t be applied to state charges. Under settled law, if Trump were to pardon his former campaign chairman Paul Manafort, for example -- he was convicted in federal court on eight counts of tax and bank fraud -- both New York and Virginia state prosecutors could still charge him for any crimes that violated their respective laws ... If the dual-sovereignty doctrine were tossed ... then Trump’s pardon could theoretically protect Manafort from state action.

If Trump were to shut down the investigation or pardon his associates, “the escape hatch, then, is for cases to be farmed out or picked up by state-level attorneys general, who cannot be shut down by Trump and who generally -- but with some existing limits --can charge state crimes even after a federal pardon,” explained Elie Honig, a former assistant U.S. attorney in New Jersey.

The Atlantic also reported that at least one member of the Senate Judiciary Committee who approved Kavanaugh for a floor vote before the full Senate, Orrin Hatch, has publicly weighed in on the topic (unmotivated, he says, by the implications for the pardon power), filing an Amicus Curiae brief in favor of Gamble which argued that “the pervasive federalization of criminal law to cover conduct that traditionally was prosecuted and punished by the states, and that falls within the states’ core legislative interests, threatens to undermine the protections of the Double Jeopardy Clause unless the dual sovereignty doctrine is overruled in this context.”

Oral arguments for the case have not been scheduled but will occur during this Supreme Court term. If confirmed, Judge Kavanaugh could become a deciding vote in the case.

Bertrand, Natasha.   "A Supreme Court Case Could Liberate Trump to Pardon His Associates."     The Atlantic.   25 September 2018

Updated [17 June 2019]: Added note that the Supreme Court ruled on this case.