Was President Trump's 9/11 'Fist Pump' a Greeting to a Cancer Victim? 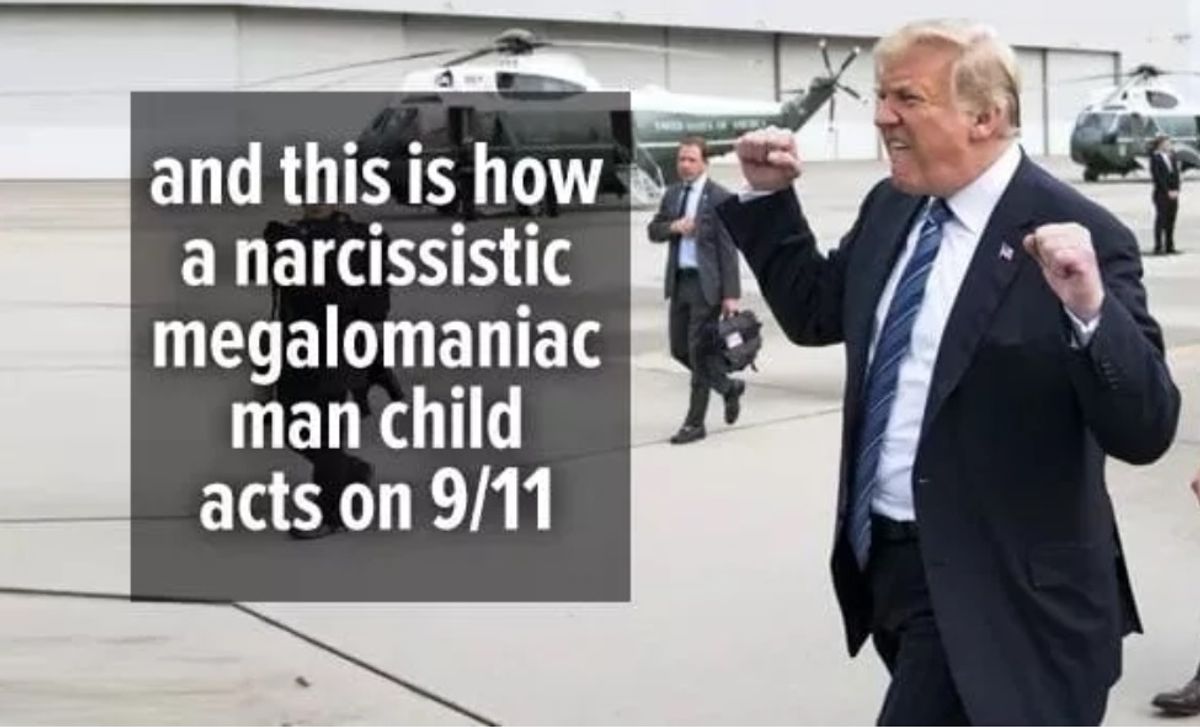 Claim:
President Trump's notorious 'fist pump' at a Pennsylvania airport on 9/11 was offered as a greeting to a cancer victim.
Rating:

After ceremonies were held marking the 17th anniversary of the 9/11 terrorist attacks on 11 September 2018, President Trump became the target of detractors who lambasted him over his supposedly inappropriate behavior at what should have been solemn memorial events. In particular, Trump was criticized for having effusively 'fist-pumped' at one such memorial: As we pointed out in our article on the topic, however, the much-circulated 'fist-pump' photograph was actually taken as President Trump arrived at John Murtha Johnstown-Cambria County Airport in Johnston, Pennsylvania, and was greeting supporters on the tarmac, not at a memorial event which took place later in the day and at a different location miles away.

After the fact, a seeming attempt to blunt such criticism maintained that President Trump's "fist pump" had been directed at a cancer victim whom Trump greeted and embraced after deplaning, but both "camera angles" and "the press" conspired to create a misleading impression of the event: However, the meme shown directly above was the one that actually inverted the sequence of events to create a deliberately misleading impression. As news coverage of the event documents, the person clutching the red cap (reportedly Matt Hohan, who has polyglandular autoimmune deficiency and not cancer) was among a small group of military representatives and others whom President Trump and First Lady Melania Trump greeted immediately upon descending the loading stairs from Air Force One, and President Trump did not engage in an "embrace" -- he merely shook hands and at one point leaned in closer to better hear words being spoken to him:

Only afterwards -- as the president and first lady left that small group of people and made their way across the tarmac to greet a much larger crowd of press, military personnel, and supporters waiting behind barricades -- did President Trump offer the "fist pump" gesture. Clearly at that point the president gesture was not directed at "celebrating" a person whom he had already greeted and moved away from, and who was now standing a good distance behind him:

The sequence of events can be viewed in full via the following news video: