Did President Trump Enact a 90-Day Ban on Childhood Vaccinations? 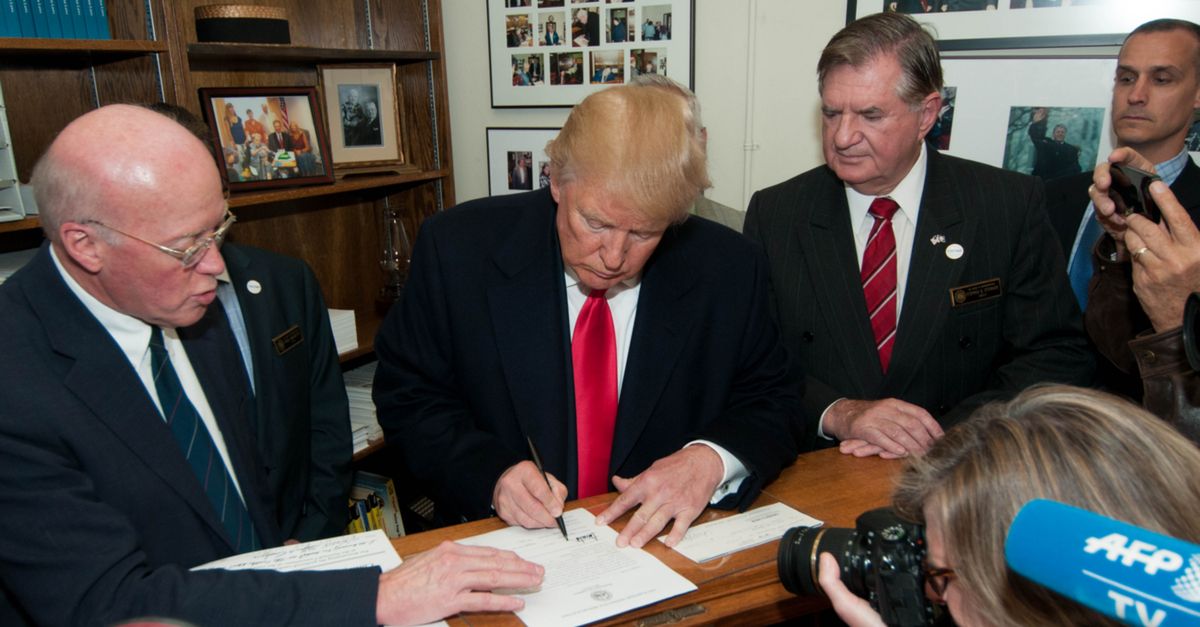 On 6 February 2017, the Houston Leader web site published an article  reporting that President Trump had enacted a 90-day ban on childhood vaccinations via executive order:

Late [on the] afternoon [of 6 February 2017] President Trump announced what may be one of his most controversial decisions to date when he signed an executive order placing a temporary 90-day ban on all childhood MMR (measles/mumps/rubella) vaccinations.

The executive order will require all pediatric doctors to refuse the administration of MMR vaccinations in all of their patients under the age of 18-years-old for the next 90-days or risk losing their medical license.

Additionally, the executive order implements a mandatory freeze on all MMR vaccinations from pharmaceutical distributors to health care professionals during these 90-days.

The articles included screenshots of two genuine tweets critical of vaccinations that were posted by President Trump years prior to his run for the presidency:

Healthy young child goes to doctor, gets pumped with massive shot of many vaccines, doesn't feel good and changes - AUTISM. Many such cases!

I am being proven right about massive vaccinations—the doctors lied. Save our children & their future. — Donald J. Trump (@realDonaldTrump) September 3, 2014

Although the tweets were legitimate, the article's claim was not. President Trump's purported signing of a "90-day ban on childhood vaccinations" would constitute a highly newsworthy development, yet not a single additional source reported any such order was signed. And the site on which it was hosted was only recently established, one major hallmark of fake news sites:

The Houston Leader web site is one of a series of fake news sites that masquerade as real news sites by emulating the appearance of big-city newspapers. This fake web site should not be confused with that of the legitimate Houston-based news outlet The Leader.

Although some posing-as-regional fake news outlets included disclaimers marking their content as fabricated, we were unable to locate any such notice on HoustonLeader.com.