Trump: You People Really Believed Me?

A satirical article published by the Charlotte Observer fooled many readers into believing that Donald Trump had dropped out of the 2016 presidential race. 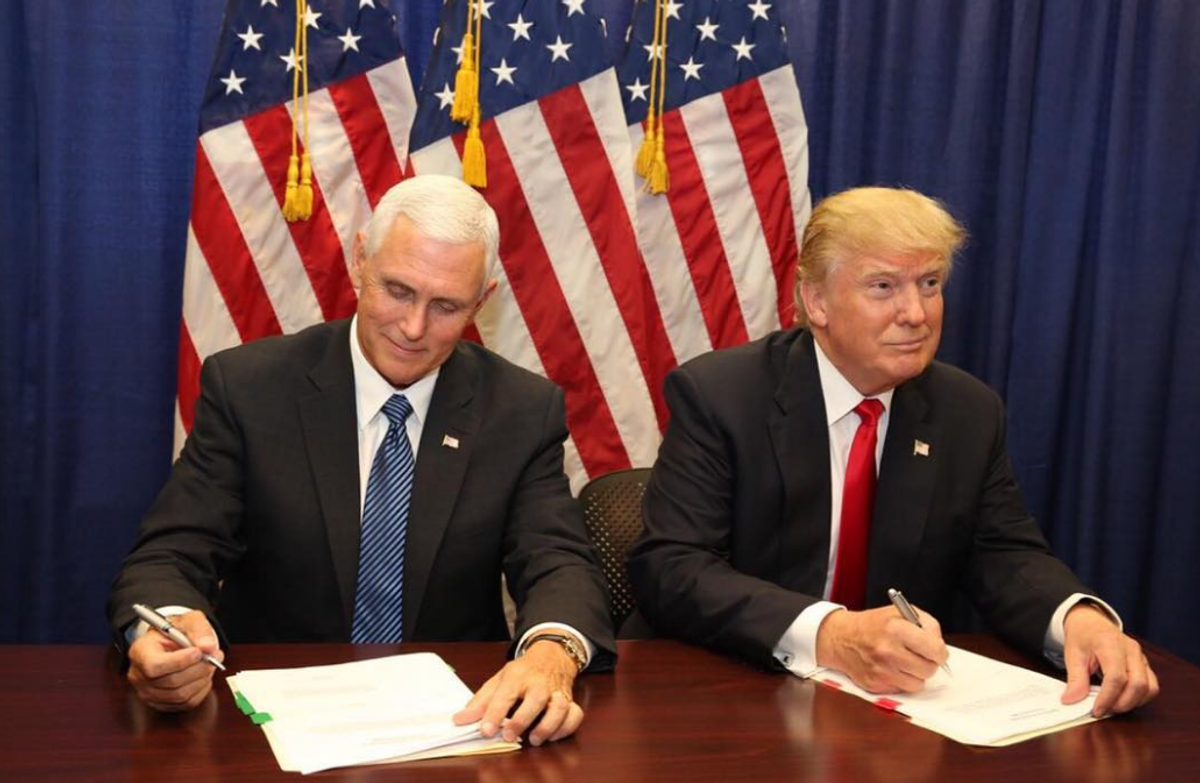 Claim:
Donald Trump has dropped out of the 2016 presidential race and endorsed Hillary Clinton.
Rating:

On 6 August 2016, as the Donald Trump campaign was focusing efforts on North Carolina, the Charlotte Observer published an article reporting that in a shocking turn of events, the GOP candidate had dropped out of the 2016 presidential race and endorsed Democratic rival Hillary Clinton:

In a turn of events that shocked the political world and threw the presidential race into unprecedented turmoil, Donald J. Trump announced yesterday that he is quitting the race and endorsing Hillary Clinton.

Trump said the only point of his campaign was to show how stupid and gullible many Republican voters are.

“I’ve been a Democrat all of my adult life,” Trump told a packed and boisterous news conference. “But I knew if I ran as a Republican and said increasingly ridiculous, idiotic, racist and sexist things that I would get a lot of votes.”

The article left many readers puzzled, as the Charlotte Observer is a legitimate news publication and not a fake news site through which stories of this ilk are typically published. However, those who are not regular readers of the Observer may not know that the newspaper does occasionally print satirical articles in their "Viewpoint" section, and since this particular piece was not specifically labeled as satire, many who encountered it mistook it for real news.

As of this writing, though, Donald Trump is still the 2016 Republican presidential nominee:

Rumors claiming that Donald Trump had dropped out of the presidential race have circulated in the past and some political insiders have speculated that he could drop out if losing was inevitable. However, Trump's campaign is still moving forward.