Did Trump Suggest Injecting Disinfectant Could Be COVID-19 Treatment?

The U.S. president's comments prompted doctors and the makers of household disinfectants to issue statements urging people not to ingest or inject cleaning products. 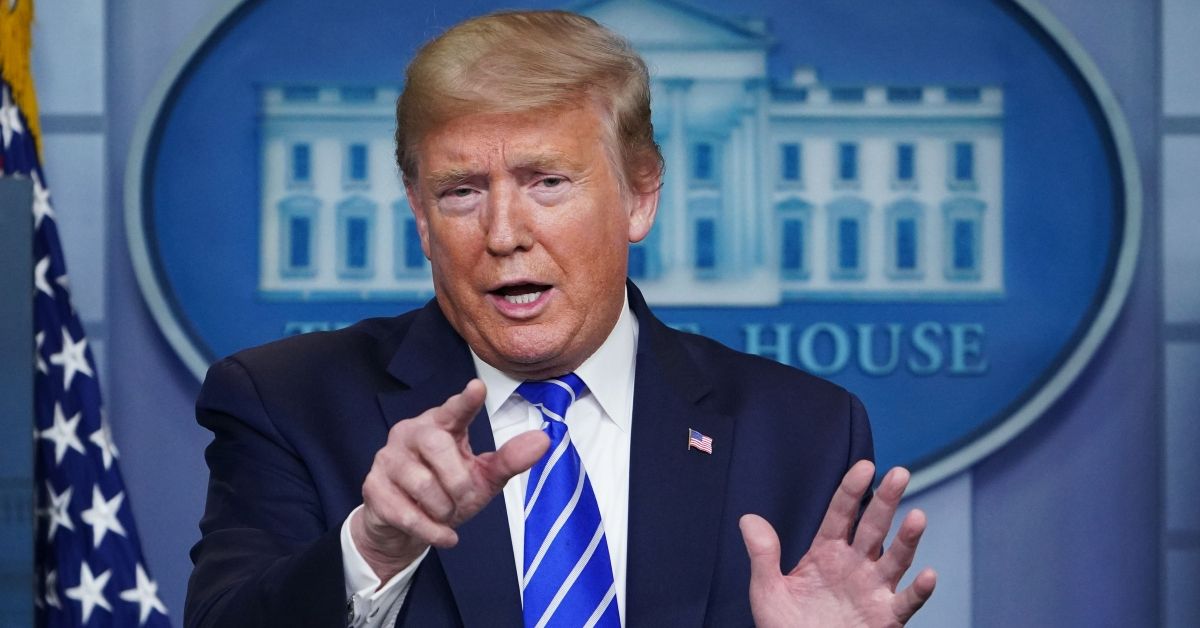 Claim:
U.S. President Donald Trump said, with regard to possible medical treatments for COVID-19: "And then I see the disinfectant, where it knocks it out in a minute. One minute. And is there a way we can do something like that, by injection inside or almost a cleaning."
Rating:

As many of these comments included jokes instead of a link to Trump's alleged remarks, some people were left wondering what Trump actually said about disinfectants, injections, and COVID-19.

The comment in question came shortly after a presentation by William N. Bryan, the acting undersecretary for science and technology at the U.S. Department of Homeland Security, about how heat and humidity could impact the spread of COVID-19 during the summer months. Bryan mentioned a recent, non-peer-reviewed study that showed how disinfectants and sunlight could kill the coronavirus on non-porous surfaces such as counters or door handles.

THE PRESIDENT: Thank you very much. So I asked Bill a question that probably some of you are thinking of, if you're totally into that world, which I find to be very interesting. So, supposing we hit the body with a tremendous — whether it's ultraviolet or just very powerful light — and I think you said that that hasn't been checked, but you're going to test it. And then I said, supposing you brought the light inside the body, which you can do either through the skin or in some other way, and I think you said you're going to test that too. It sounds interesting.

ACTING UNDER SECRETARY BRYAN: We'll get to the right folks who could.

THE PRESIDENT: Right. And then I see the disinfectant, where it knocks it out in a minute. One minute. And is there a way we can do something like that, by injection inside or almost a cleaning. Because you see it gets in the lungs and it does a tremendous number on the lungs. So it would be interesting to check that. So, that, you're going to have to use medical doctors with. But it sounds — it sounds interesting to me.

So we'll see. But the whole concept of the light, the way it kills it in one minute, that's — that's pretty powerful.

Trump made this comment following a presentation on how sunlight and disinfectant affect the coronavirus. This presentation prompted Trump to discuss a question he said "probably some of you are thinking of" concerning what would happen if you "brought the light inside the body." As Trump continued, he also offered his thoughts on how disinfectants could be brought inside the body "by injection." While Trump noted that this method would have to be checked by doctors, he said it sounded interesting to him.

The remarks spurred widespread condemnation from health officials, who issued statements urging people not to inject or ingest cleaning products.

"This notion of injecting or ingesting any type of cleansing product into the body is irresponsible, and it's dangerous. It's a common method that people utilize when they want to kill themselves."

Reckitt Benckiser, the British company that manufacturers Lysol and Dettol, published a statement on its website saying that "under no circumstance should our disinfectant products be administered into the human body":

Due to recent speculation and social media activity, RB (the makers of Lysol and Dettol) has been asked whether internal administration of disinfectants may be appropriate for investigation or use as a treatment for coronavirus (SARS-CoV-2).

As a global leader in health and hygiene products, we must be clear that under no circumstance should our disinfectant products be administered into the human body (through injection, ingestion or any other route). As with all products, our disinfectant and hygiene products should only be used as intended and in line with usage guidelines. Please read the label and safety information.

While medical experts and cleaning-supply companies feared Trump's suggestion that disinfectants could be injected as a treatment for COVID-19 could result in people poisoning themselves by ingesting or injecting cleaning products, some of the president's supporters claimed his remarks were taken out of context.

White House Press Secretary Kayleigh McEnany noted that Trump also told Americans to consult with their doctors regarding coronavirus treatments. "Leave it to the media to irresponsibly take President Trump out of context and run with negative headlines," she said. Other Trump defenders noted that Trump clarified later in the briefing that disinfectants would not, in fact, be administered "through injections," but the "clarification" itself was less than clear.

"It wouldn't be through injection," Trump said. "We're talking about through almost a cleaning, sterilization of an area. Maybe it works, maybe it doesn't work. But it certainly has a big effect if it's on a stationary object."

In any case, attempts to deflect criticism of Trump's remarks were rendered moot the next day, when the president essentially admitted discussing the injection of disinfectants to treat COVID-19 by claiming he said it "sarcastically" to prank reporters:

Whether or not his tone was sarcastic is something of a subjective call. Here is the video.