Trump Calls for Deportation of All Women with Blonde Hair, Blue Eyes? 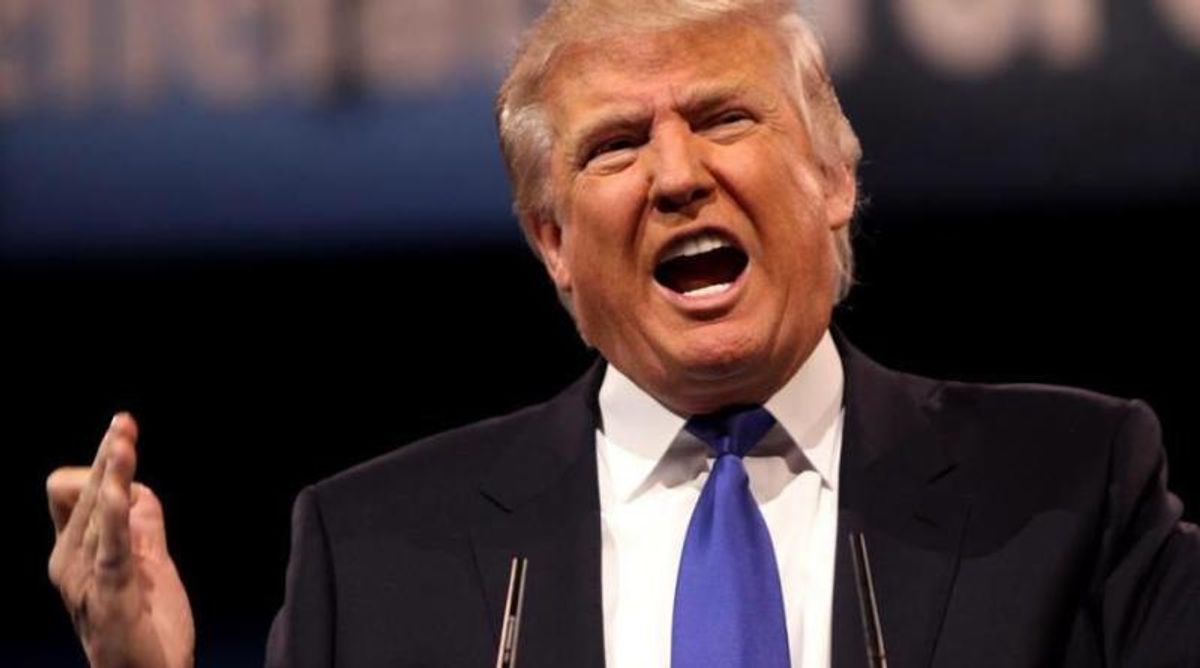 Image Via The Third Spur

Claim:
Donald Trump has proposed the deportation of all women who have blonde hair and blue eyes.
Rating:

Speaking to a crowd of over 10,000, Trump declared: "Seriously, folks! We're talking about these women, with their blonde hair and their blue eyes, and they’re biased — they're twisted — the worst people our country has.”

While there was initially no response from his audience (many of whom were looking at each other, waiting to see what the general reaction would be), the majority ultimately ended up erupting in thunderous applause, with a small rebel minority who began booing Trump’s remarks.

This report was a jab at both Donald Trump's announced plan to deport some 11 million undocumented residents from the U.S., and his feud with Megyn Kelly, the blonde-haired, blue-eyed Fox News political commentator.

This report was also a completely fabricated one that originated with the The Third Spur, a spoof news site associated with the University of South Carolina.