Did Trump Say Doctors Had 'Never Seen a Body Kill Coronavirus Like My Body'?

President Trump did say that he felt great after leaving Walter Reed Military Medical Center— but not this great. 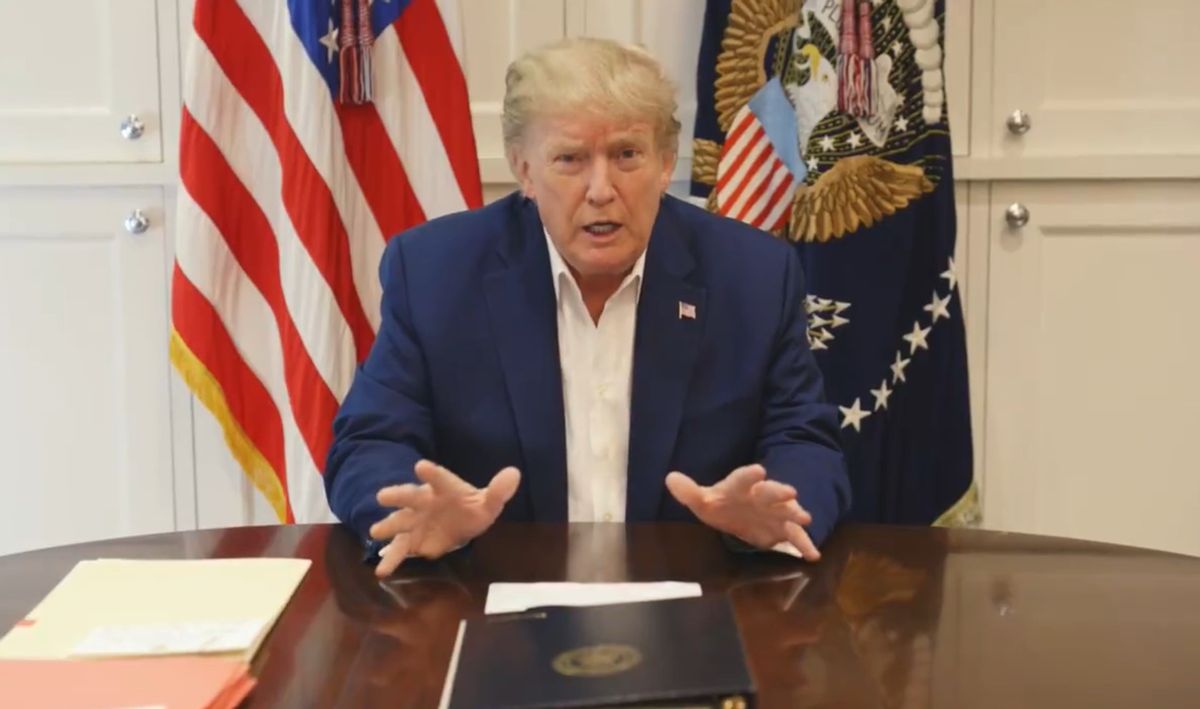 Claim:
U.S. President Donald Trump said: "The doctors said they've never seen a body kill the Coronavirus like my body. They tested my DNA and it wasn't DNA. It was USA."
Rating:

On Oct 6, 2020, an image started circulating on social media that supposedly showed a screenshot of a television appearance in which U.S. President Donald Trump said, "the doctors said they've never seen a body kill the Coronavirus like my body. They tested my DNA and it wasn't DNA. It was USA." This is not a genuine quote from Trump.

This image of Trump in the above-displayed media comes from a video the president released while he was hospitalized at Walter Reed National Military Medical Center after testing positive for COVID-19. The included quote, however, was made up out of whole cloth. This meme appears to have been created by the Twitter account Out of Context Earth, which bills itself as "parody."

Trump was airlifted to Walter Reed on Oct. 2, 2020. The following day, Trump addressed the American people in a video that he posted to Twitter:

In this video, Trump thanked the medical team at the hospital for its hard work, and told the American people that he was doing well. Trump did not say, however, that the doctors marveled at how his body had killed coronavirus, and that his DNA was not actually DNA, but USA.