Did Donald Trump Acknowledge the Threat of Climate Change to His Irish Golf Course?

The 45th president has been adamant and consistent in describing global warming and climate change as a "hoax." 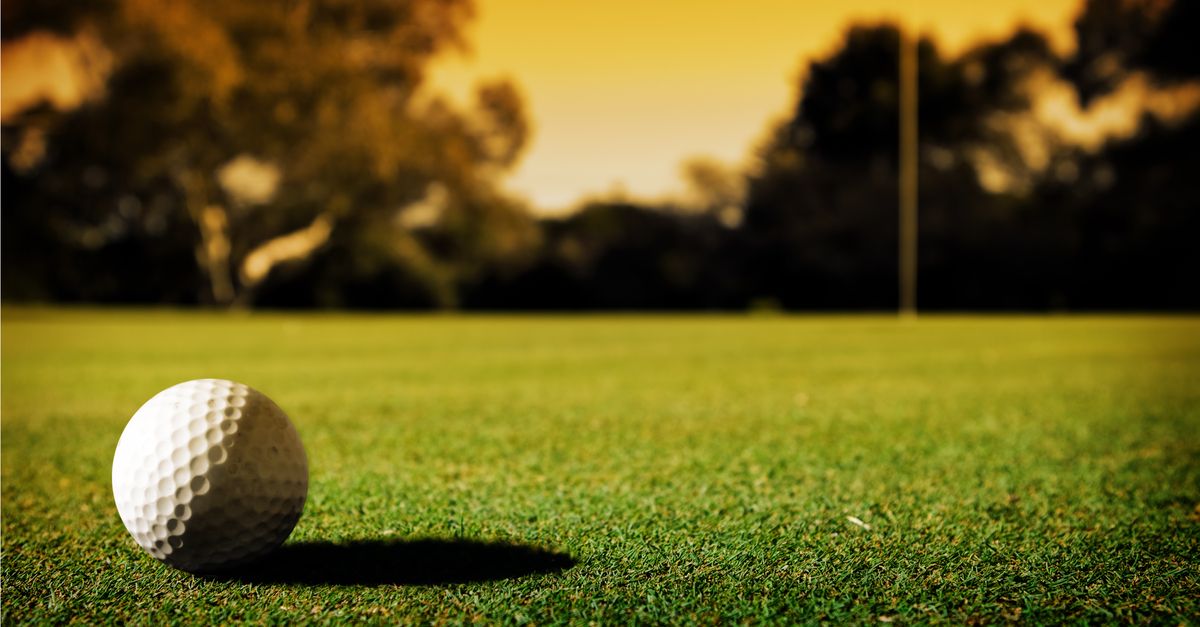 Claim:
President Donald Trump, in applying for permission to build a wall at his golf course in Ireland, warned against the threat of coastal erosion caused by global warming.
Rating:

As part of a May 2016 planning application in County Clare, Ireland, a local firm -- acting of behalf of Trump's company TIGL -- submitted a report that repeatedly referred to global warming and climate change as real phenomena posing specific risks (rising sea levels and extreme storms) to the erosion of sand dunes at the Doonbeg golf course.

Trump himself did not make these references to global warming and climate change, nor did anyone else from his company. The report was written by an Irish environmental consultancy and submitted on behalf of Trump's company.

President Donald Trump has for years attracted scrutiny and criticism for his pronouncements on climate change and global warming, which he has variously described as "bullshit" and a "hoax."

Against that background of Trump's clear, consistent, and long-standing position on global warming and climate change -- that he does not believe in a steady, man-made increase in the global temperature -- reports from the spring of 2016 prompted accusations of hypocrisy on the part of the then-Republican front-runner in that year's presidential election.

On 23 May, the website Politico reported that Trump, while dismissing global warming as a hoax in his political rhetoric, was taking a very different approach in his private business dealings. The article carried the headline "Trump acknowledges climate change -- at his golf course":

Donald Trump says he is “not a big believer in global warming.” He has called it “a total hoax,” “bullshit” and “pseudoscience.” But he is also trying to build a sea wall designed to protect one of his golf courses from “global warming and its effects.”

The New York billionaire is applying for permission to erect a coastal protection works to prevent erosion at his seaside golf resort, Trump International Golf Links & Hotel Ireland, in County Clare. A permit application for the wall, filed by Trump International Golf Links Ireland and reviewed by POLITICO, explicitly cites global warming and its consequences -- increased erosion due to rising sea levels and extreme weather this century -- as a chief justification for building the structure.

That article gained widespread traction in 2016, at a time when Trump's once-ridiculed presidential campaign had gained enormous momentum, leaving him as the presumptive Republican nominee. It was aggregated by CBS News, the Washington Post, the Daily Telegraph, and other news outlets.

This is Trump's hotel and golf course in Doonbeg, Ireland, where last year, Trump applied for and received a special permit to build a 14-foot-high sea wall to fight rising sea levels from "global warming and its effects." Now, Trump denies climate change. So he'll act to protect HIS property, but NOT yours. LET THAT SINK IN.

In 2014, the Trump Organization (led by Donald Trump) bought a golf course and resort at Doughmore Bay in Doonbeg, Co. Clare, on Ireland's Atlantic west coast. Subsequently, Trump International Golf Links and Hotel Enterprises Ltd (TIGL) tried to get planning permission from national and local authorities in Ireland to build a limestone berm (a kind of raised land bank) along a section of Doughmore Bay, with the intention of preventing further erosion of sand dunes adjacent to the golf course.

In February 2016, the company submitted an application to Clare County Council, which subsequently referred the case to An Bord Pleanála ("the planning board"), the national body in Ireland that rules on planning applications of strategic importance, as well as disputes that may arise on the level of Ireland's 31 local authorities (such as Clare County Council).

An Bord Pleanála declined to rule on the application, holding that it was not a "strategic infrastructure development," and thereby returning the decision to Clare County Council.

Cunnane Stratton Reynolds acted as the official agent of TIGL in this process, with the then-U.S. presidential candidate listed in the planning application as a director of the company, along with his children Ivanka, Eric, and Donald Jr. (President Trump resigned as a company director in January 2017, but he retains a 100 percent ownership stake in the golf course and earned more than $14 million from it in 2017, according to his financial disclosure.)

European Union law requires that in E.U. member states such as Ireland, planning applications be accompanied by two important documents known as an Environmental Impact Statement and a Natura Impact Statement.

As part of the Doonbeg application, an Irish environmental consultancy firm called Creagh House Environmental prepared the Environmental Impact Statement on behalf of TIGL. This was the source of the quotations included in Politico's article.

What the application said

It was that three-volume Environmental Impact Statement (EIS) which on several occasions referred to global warming and climate change as being a threat to the sand dunes which the limestone wall was intended to protect, in two ways: because the rise in sea levels brought by climate change will continue to cause Ireland's coastline (including the coastline at Doughmore Bay) to recede, and because climate change is associated with extreme weather events such as strong storms, which have also been shown to accelerate the erosion of the sand dunes in question.

For example, Volume One of the EIS described the damage that dune erosion causes to groundwater (water immediately below the surface) at Doughmore Bay:

The key pressure posed to groundwater is from erosion of the dune complex. It has been shown that there has been a steady retreat of the dune line over the past 100 years, with significant losses occurring after major storms. The evidence for increased storm activity associated with climate change suggests that the erosion will accelerate. If the current rate of erosion is allowed to continue, this will result in a significant loss of habitat, and infrastructure, with linear losses up to 150m being experienced by 2050. (Page three).

The document went on to note that:

Several reasons are though to be responsible for the retreat of [Ireland's Atlantic] coastline. The majority of Irish dune systems and virtually all west of Ireland systems are retreating (due to sea level rise and increased Atlantic storminess.) (Page four.)

Volume Three of the EIS comprised three "design reports," one of which was prepared by HR Wallingford, a civil engineering firm based near Oxford, England. One section of that report ("Doonbeg Golf Resort -- Review of Coastal Processes") outlined the medium- to long-term prospect of further erosion of the sand dunes at Doughmore Bay:

There is no good reason to believe that the present-day tendency for erosion and landward retreat of the dunes in Doughmore Bay will reduce naturally in the medium to long-term future. The recent study undertaken for the Office of Public Works ... predicted future coastal erosion until 2050 assuming the same rates that have occurred in the recent past.

If the predictions of an increase in sea level rise as a result of global warming prove correct, however, it is likely that there will be a corresponding increase in coastal erosion rates not just in Doughmore Bay but around much of the coastline of Ireland. In our view, it could reasonably be expected that the rate of sea level rise might become twice of that presently occurring, i.e. increasing from about 1-2 mm/year now to about 3 mm/year in the next 50 years or so. As a result, we would expect the rate of dune recession to increase.

This was the section highlighted by Politico in their article, which correctly stated that the HR Wallingford report "acknowledges one Irish government study [the Office of Public Works study] that assumes a steady rate of erosion through 2050, but argues that the study fails to account for the effects of climate change."

However, as discussed in Section 4.1 above, the increase in sea level relative to the land has been assessed to be a modest contribution, estimated as 10-20 percent of the observed recent dune recession rate. It may be difficult to detect, even during the next century, any increase in this overall recession rate due to higher sea levels.

Instead, we believe that any change in the average dune recession rate is more likely to be as a consequence of more frequent or larger storm events, in particular the occurrence of very high tidal levels caused by larger surges. As with other predictions of global warming and its effects, there is no universal consensus regarding changes in these [storm] events. As last winter's events demonstrated, the position and strength of the jet stream high above the North Atlantic has a major influence on storms experienced in Doughmore Bay. There is very little evidence available that suggests that any global warming will result in changes in this jet stream.

In summary, the HR Wallingford report speculated that the increase in sea levels off the coast of Ireland, a phenomenon the report associated with climate change, could accelerate over the next few decades, in turn causing an acceleration in the erosion of the sand dunes at Doughmore Bay.

However, the report estimated that this increase in sea levels accounted for 10-20 percent of the erosion of the sand dunes, instead emphasizing the role of strong and damaging storm events, which (according to the report) have a more ambiguous, less clear connection with global warming.

Trump's company withdrew their May 2016 application, then submitted a new proposal for a scaled-down version of the wall, which Clare County Council eventually accepted in December 2017. That decision is subject to an ongoing legal challenge, meaning construction on the wall had not started as of December 2018.

Donald Trump did not personally invoke global warming and climate change as real phenomena and a genuine threat to the future of his Irish golf course, nor did anyone from the Trump Organization or Trump International Golf Links and Hotel Enterprises Ltd.

However, an Environmental Impact Statement written on behalf of TIGL (of which Trump was a company director, and which he still owns) did indeed repeatedly refer to global warming and climate change as real phenomena with specific consequences (rising sea levels and more frequent, stronger storms) which posed a threat to the sand dunes at Doughmore Bay, and therefore to Trump's golf resort at Doonbeg, Co. Clare.

We don't know whether, or to what extent, Trump's company TIGL altered or influenced the final Environmental Impact Statement, but we do know that Trump's company allowed that report to be submitted, on its behalf, as part of a planning application in May 2016. We also know that when the company submitted a fresh planning application in December 2016, the references to climate change and global warming had been removed from updated versions of those documents.

Sherlock, Ruth.   "Donald Trump Says Climate Change Is a 'Hoax' But Tries to Protect His Irish Real-Estate from Its Impact."     The Daily Telegraph.   25 May 2016.