Did Trump Campaign Offer Actors $50 to Cheer Him at Prez Announcement?

The Trump campaign denied knowing a contractor hired a casting agency for the candidate's 2015 campaign-announcement rally. 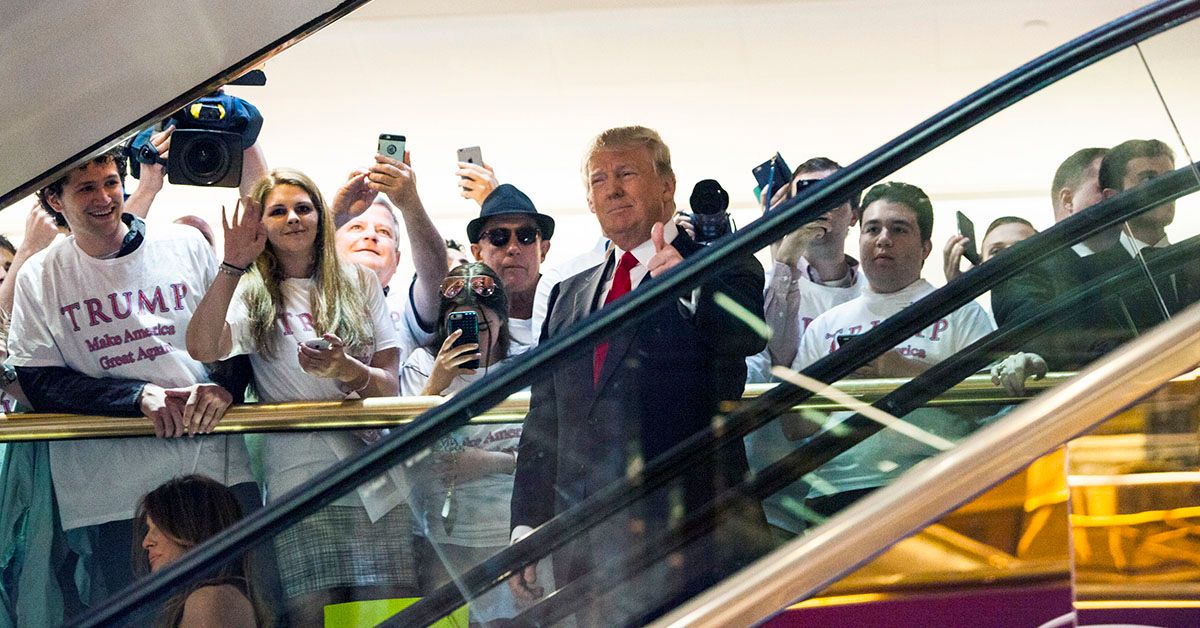 Claim:
The Trump campaign offered actors $50 each to cheer him on at his 2015 presidential-campaign announcement.
Rating:

The Trump campaign paid a contractor who then hired a subcontractor, Extra Mile Casting, to provide services at the 16 June 2015 rally where Donald Trump announced he would run for U.S. president.

The Trump campaign denied knowing about or approving the hiring of actors to fill the crowd at his 2015 announcement rally.

In mid-June 2019, readers searched the Snopes.com website hoping for verification of a headline: "Donald Trump Campaign Offered Actors $50 to Cheer for Him at Presidential Announcement." The headline is attached to a 2015 story that was buried in the flurry of controversy surrounding the launch of Trump's electoral bid.

Trump famously announced on 16 June 2015 that he would seek the nation's highest office after riding down the escalator with his wife Melania at Trump Tower, his residence in New York City. Just two days later, entertainment news publication The Hollywood Reporter (THR) published what perhaps under any other circumstances might have been an explosive story — they had obtained emails showing that a New York-based casting company recruited actors to play cheering supporters at Trump Tower for $50 a head.

The email explained that Extra Mile was working with its "associate" Gotham Government Relations and Communications on an event "in support of Donald Trump" to be held 16 June 2015. "We are looking to cast people for the event to wear t-shirts and carry signs and help cheer him in support of his announcement," the email read. "The rate for this is: $50 CASH at the end of the event."

When contacted for comment by THR at the time, Trump's then-campaign Manager Corey Lewandowski denied anyone had been paid to attend the event, while a person who answered the phone at Extra Mile refused to comment.

But Gotham posted a video of the event on its YouTube channel that showed cameras setting up, rally attendees in matching T-shirts speaking of then-candidate Trump in glowing terms, and a man with a megaphone hyping up the crowd with chants.

The story didn't get much traction at the time, likely because, as the Washington Post explained, Trump quickly upended the news cycle with a speech that day in which he made inflammatory remarks about Mexican immigrants. But one year after Trump's announcement, the story resurfaced when the Federal Election Commission (FEC) released a report detailing its findings on a complaint over allegations the Trump campaign violated election law with the alleged hiring of actors.

The report notes that while the Trump campaign denied knowing about hired actors, it did pay $12,000 to a contractor (Gotham) four months after the event took place. The report also notes that Gotham hired Extra Mile Casting as a subcontractor "to provide administrative support at Trump's announcement."

Both the campaign and Gotham gave vague descriptions of the services provided by Extra Mile, but the FEC report notes those services included providing "at least some" of the rally attendees:

It is not uncommon for campaigns to hire companies or Casting agencies like Extra Mile to generate a crowd at an event. In this matter, the available information indicates that the Committee retained Gotham as an event consultant, and Gotham, in turn, subcontracted with Extra Mile to provide extra administrative support at Trump's announcement, including the provision of at least some of the rally crowd.

The FEC, citing the "modest amount" of money at play, declined to prosecute the Trump campaign on accusations of campaign-finance violations.

The practice of "astroturfing" or hiring actors to give a political candidate or movement the appearance of having popular support isn't unheard of. As the Atlantic reported in 2015, "These days, if a candidate or protest organizer is short on numbers, he or she can simply pick up the phone and call a company like Crowds on Demand, a Los Angeles-based company that provides rental crowds for campaign rallies and protests."

Bump, Philip. "Even the Firm That Hired Actors to Cheer Trump’s Campaign Launch Had to Wait to Be Paid."   The Washington Post. 20 January 2017.