Did Donald Trump Say 'We're Building a Wall in Colorado'?

The president raised eyebrows by suggesting his administration was constructing a border fence in a state that isn't located on the border. 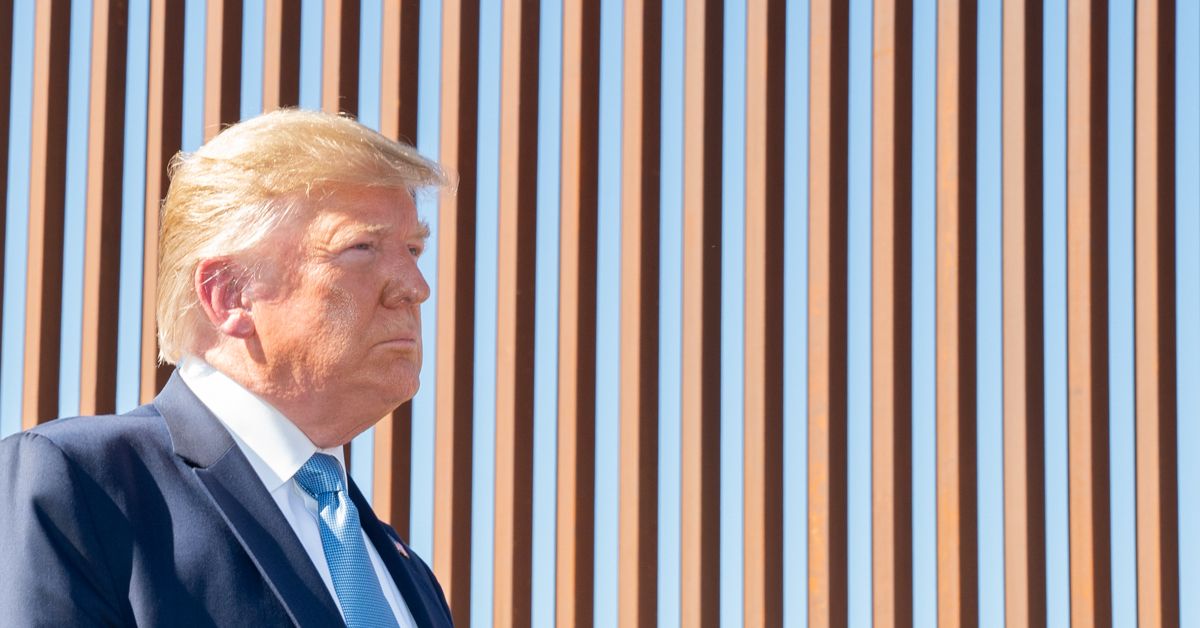 Claim:
In a speech in October 2019, U.S. President Donald Trump claimed his administration was building part of the border wall in Colorado.
Rating:

However, Trump later suggested he was speaking in jest and that he was making a broader point about Colorado, like Kansas, deriving benefit from the wall's construction. Those explanations didn't make sense and appeared to contradict each other, but Trump made the attempt, however confusing, to clarify or distance himself from his original remarks.

In October 2019, we received multiple inquiries from readers about the accuracy of reports that U.S. President Donald Trump had said his administration was building a border fence in Colorado, a state that does not share a border with any other country.

Colorado's Democratic governor, Jared Polis, mocked the president on Twitter, writing: "Well this is awkward ... Colorado doesn’t border Mexico. Good thing Colorado now offers free full day kindergarten so our kids can learn basic geography." Sen. Patrick Leahy, D-Vt., also made fun of Trump's remarks, tweeting out a map of the United States with the southern border crudely redrawn so that it appeared to run between Colorado and " Mexico":

Those news reports were accurate. Trump did indeed say, "We're building a wall in Colorado" during a speech in Pennsylvania. However, he later offered an incoherent explanation (but an attempted explanation nonetheless) for his remarks.

Trump's comments came towards the end of his keynote speech at the Shale Insight Conference in Pittsburgh, Pennsylvania, on Oct. 23. The official transcript of that speech can be read here, and the relevant portion can be viewed below. Trump was listing some of the purported accomplishments of his administration when he said:

Massive new investments are bringing thousands of energy jobs to states like Ohio and West Virginia that we mentioned, that we love. New Mexico, which I think we’re going to win. You know why we’re going to win New Mexico? Because they want safety on their border. And they didn’t have it.

Trump clearly listed Colorado as one of the states in which his administration was purportedly building a reinforced border fence along the southern border with Mexico, an impossibility because Colorado does not border Mexico.

The president later attempted to explain his remarks, writing in a tweet:

That explanation did not appear to make sense. Its punctuation and grammar were confusing and made it difficult to extract clear meaning from the tweet, but Trump initially seemed to be saying that his remark about a border wall in Colorado was meant in jest (because of the initial parenthetical disclaimer "Kiddingly").

This does not accord with what the video footage shows, which is Trump saying, "We're building a wall in Colorado" without laughing, and the audience's responding by applauding without laughing. It's also simply not clear, on its face, what the joke was supposed to be.

This does not make sense on its own terms, because while Trump did say "We're not building a wall in Kansas, but they get the benefit of the walls that we just mentioned," he specifically said something radically different of Colorado, namely "We're building a wall in Colorado." In Trump's speech, both states got the benefit of the border wall, but one of them (Colorado) supposedly derived that benefit specifically by having a portion of the wall located there — which it does not.

This second explanation also appears to contradict the first. If Trump sincerely intended to say what he said about Colorado, as part of a confusing larger point about the collective benefit to Colorado and Kansas of having a border wall, then how can this be reconciled with his apparent disclaimer that he had spoken "kiddingly"?

We put this and several other questions to the White House, requesting an explanation of what Trump said in Pittsburgh and a clarification of his subsequent tweet. We did not receive a response.

Trump said "We're building a wall in Colorado." However, he subsequently made some effort to explain or clarify that statement, suggesting he may have been joking (although it's not at all clear what the element of humor was), and also making a somewhat garbled point about Colorado, like Kansas, getting the benefit of a border wall.

Those explanations did not make sense, they contradicted one another, and it's still not clear whether Trump intended to name Colorado or simply misspoke. Nonetheless, the president has, after a fashion, addressed his statement that "We're building a wall in Colorado" and endeavored, however incoherently, to put some distance between it and himself.