Did Harry Truman Denounce the Use of 'Socialism' as a 'Scare Word'?

"Socialism is their name for almost anything that helps all the people." 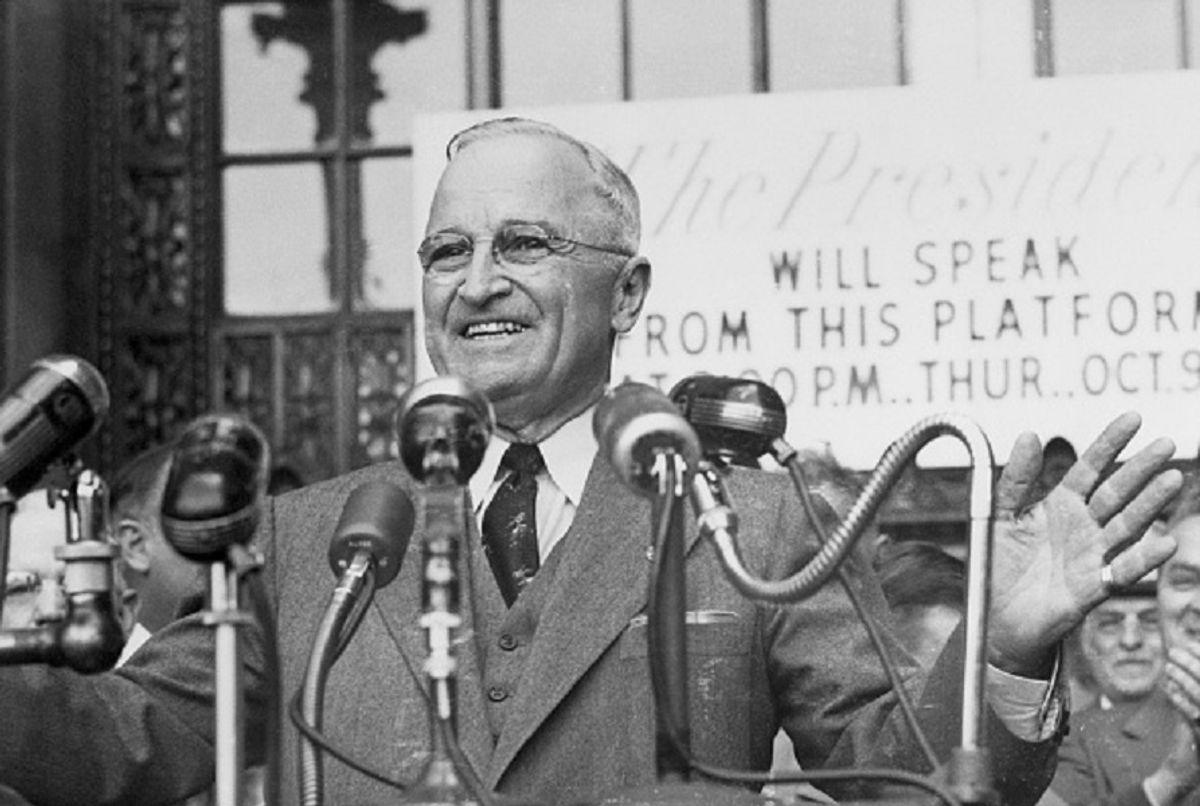 Claim:
President Truman denounced the use of "socialism" as a "scare word ... for almost anything that helps all the people."
Rating:

That political climate touched off the online circulation of a memetic quote from 33rd U.S. President Harry S. Truman, who purportedly fended off similar attacks on Democrats in 1952 by declaring that "socialism" was a "scare word [Republicans] have hurled at every advance the people have made in the last 20 years": The circulated meme was an accurate reproduction of a portion of a campaign speech Truman delivered from the rear platform of a train in Syracuse, New York, on 10 October 1952. (Truman himself was not a candidate for re-election that year, but he stumped for the Democratic ticket, headed by Illinois Gov. Adlai Stevenson II). Much of Truman's speech was a caustic rebuke of Republicans (and their presidential nominee, General Dwight D. Eisenhower), whom Truman characterized as having "opposed almost all our programs to help the economic life of the country" and "having blindly turned [their] back on the tradition of public action for the public good":

[Republican Senator Robert] Taft explained that the great issue in this campaign is "creeping socialism." Now that is the patented trademark of the special interest lobbies. Socialism is a scare word they have hurled at every advance the people have made in the last 20 years.

Socialism is what they called public power.

Socialism is what they called social security.

Socialism is what they called farm price supports.

Socialism is what they called bank deposit insurance.

Socialism is what they called the growth of free and independent labor organizations.

Socialism is their name for almost anything that helps all the people.

When the Republican candidate inscribes the slogan "Down With Socialism" on the banner of his "great crusade," that is really not what he means at all.

What he really means is, "Down with Progress -- down with Franklin Roosevelt's New Deal," and "down with Harry Truman's fair Deal." That is what he means.

Truman had earlier touched on the idea of "socialism" as a Republican scare word during an address he delivered at a Better Business Bureaus dinner on 6 June 1950, leading into a sardonic joke about New York Gov. Thomas E. Dewey (the unsuccessful Republican presidential nominee in the 1944 and 1948 elections):

Nothing could be further from the truth. The record shows that the Government action in recent years has been the salvation of private enterprise ...

I know there are some people who still don't believe that the policies of the Government have had anything to do with our present prosperity. That reminds me of a story I heard on my recent nonpolitical trip. It seems that there was a rock-ribbed old gentleman of a political persuasion, shall we say, somewhat different from mine. One of his friends asked him what man to vote for for President in 1952.

The funny thing is that this has all been said before. The current campaign is almost exactly like the campaign of the old Liberty League, back in 1935 and 1936. I was in that campaign, too, by the way. It uses the same old slogans, the same old scarewords, and the same old falsehoods. The only difference is that it sounds even more foolish now than it did 14 years ago.