Are US Truckers Planning a Nationwide Strike Over Thanksgiving?

Organizing large-scale strikes ranges from difficult to nearly impossible for the trucking industry in its current form. 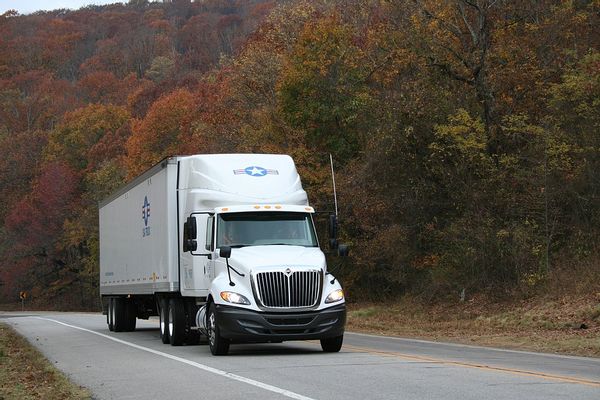 Claim:
From Nov. 26 to 29, 2020, U.S. truckers will carry out a nationwide protest against the election of Joe Biden and his policies that they say will hurt blue-collar workers including those in their industry.
Rating:

A number of truckers online called for nationwide strikes for numerous reasons, including in protest of U.S. President-elect Joe Biden’s policies and in support of President Donald Trump. Based on their Facebook posts, individual truckers claimed to have stopped operations on Nov. 11, in a lead-up to a larger strike in late November.

However, it’s not easy, and oftentimes nearly impossible, for U.S. truckers to organize large-scale strikes due to past legislation and the decline of unions. Recent efforts have had minimal impact.

The effectiveness of the November strikes remain to be seen, including the size and impact of the upcoming strike.

In the aftermath of U.S. President-elect Joe Biden's victory in the 2020 election, many online spoke up to support current President Donald Trump, including groups of truckers. Members of the private Facebook group, Stop the Tires 2020, called for a nationwide truckers' shutdown to protest — among other things — Biden’s environmental policies that will include a transition to renewable energy sources.

The group — which as of the time of writing had grown to more than 68,000 members since its founding on Nov. 6, 2020 — planned a strike for Nov. 11, 2020, Veterans Day, and if that was ineffective, would continue the strike from Nov. 26 to 29, 2020, during the Thanksgiving holidays.  According to a post from one of the group's administrators: Tiktok videos of individuals stating they were truckers and describing their plans to strike on the aforementioned dates also went viral:

Snopes readers asked us if such strikes were indeed taking place, and if they would impact the delivery of basic food and necessities. We learned that a number of truckers claimed to have participated in the Veterans Day strike. But the actual effectiveness of the past strikes as well as the upcoming ones are yet to be determined.

Before looking at the nature and effectiveness of these strikes we had to determine whether nationwide and industry-wide strikes were even likely for U.S.-based truckers. The answer is complicated. A report from Business Insider looked at laws from the administration of President Jimmy Carter in the late 1970s that resulted in a decline in wages, and the eventual decline in union membership in the trucking industry. Deregulation laws were justified because they reportedly saved consumers money, but at the cost of truckers’ wages and working conditions. Hourly wages for heavy and trailer-truck drivers have steadily gone down since then.

Unions also lost much of their power and membership. A few decades ago, large numbers of truckers were unionized and carried out successful strikes in the '70s. The Teamsters, a labor union that once boasted more than 2 million truckers as members, now has around 75,000 members. And with more independent truckers and companies it is considered extremely challenging to wrangle that many truckers together, because they have neither the time nor resources. Case in point, in April 2019:  Tens of thousands of truck drivers planned a work stoppage in a much-hyped “Black Smoke Matters” protest, but ultimately only a smattering of people in different locations participated.

On Nov. 11, and even after that date had passed, dozens of members of Stop the Tires 2020 posted pictures on the private group claiming they were participating in a strike by refusing to drive. Some of their posts are below: But there was little evidence that these stoppages had any impact. WWJ Newsradio 950, Detroit’s local station, reported on Nov. 11, “So far, the call for a one-day strike seems to be all talk, as the trucking industry is humming along.” Truckers the station interviewed were not participating, but stated that the strikers’ concerns made sense, and should be taken seriously:

Larry Fuentes, the manager of a large logistics company in metro Detroit told WWJ his truckers have not joined it, but "I can have some understanding of what they're coming for. Their livelihoods are at stake." He added that a strike would devastate the industry.

Samuel Ford, a truck driver from Brownstown, Mich., added that he hasn't joined it, but the drivers in the strike group have a point. "Truckers are very often overlooked ... But they do have a very significant say-so over how this country is run," he said.

Not all truckers are part of these particular anti-Biden strikes. After the election results were announced on Nov. 7, 2020, the American Trucking Associations released a statement congratulating Biden and calling for more infrastructure investment.

Other groups that claimed to strike said they were not defending any one political party, but wanted to improve their working conditions and wages. Over the summer truckers also organized to protest decreased freight rates and working conditions during the pandemic.

Indeed, before the elections, the truckers running the supply chain for United Natural Foods Inc. (UNFI) that supplies Whole Foods and other grocery stores in New York, New Jersey, and Connecticut threatened to strike over what they said was UNFI's failure to comply with COVID-19 safety guidelines. The truckers, represented by Teamsters, along with workers at distribution centers in California, said the company was not providing workers with adequate protective equipment, including face masks, and disinfecting and cleaning workspaces. But they reached an agreement with the company by early November.

Since, as of this writing, the strikes planned for late-November are yet to happen, their effectiveness is still to be determined. We will keep an eye on the events and post an update once we have more information.

UPDATE Nov. 18, 2020: Stop the Tires 2020 creator Jeremy Rewoldt called off the Thanksgiving holiday work stoppage, saying "Now is not the time." In an appearance on a video blog, he admitted that he had previously made an "emotion-based decision based on a presumed result of the election that hasn’t been certified yet." He added that the administrative team had fractured over disagreements around the purpose of their Facebook group, and he posted on the page: "When this group was made the intentions were to talk and BS amongst a few, if not a couple hundred, people, my friends and others included. What I though was going to be a few hundred turned into 75K people who I now had to voice for.” The group's profile image, on Nov. 18, said "Delayed."