Did Trey Gowdy Say He Was 'Madder Than Hell' at Pelosi's COVID-Relief Remarks?

The former Republican Congressman responded with outrage at remarks the Democratic House Speaker made in December 2020. 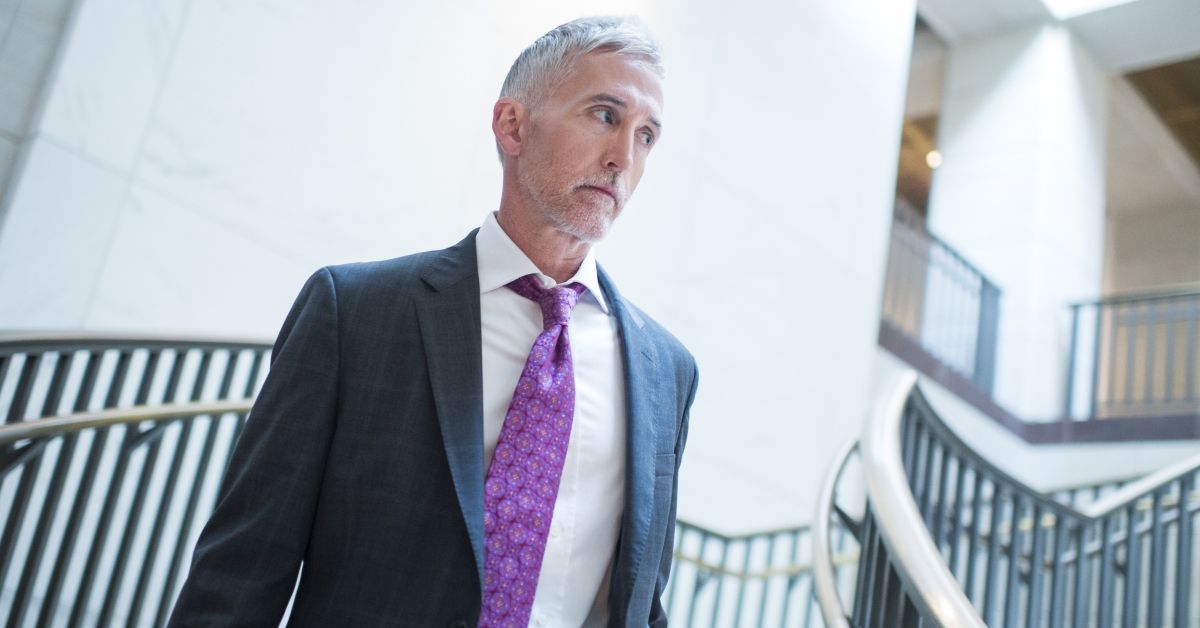 Claim:
In December 2020, Fox News contributor Trey Gowdy said he was "madder than hell" at remarks made by Nancy Pelosi about COVID-19 relief funding.
Rating:

In December 2020, Snopes readers asked us to look into remarks made by former Congressman Trey Gowdy during a Fox News discussion about U.S. House Speaker Nancy Pelosi and COVID-19 relief.

The article presented a short excerpt of remarks made by Pelosi during a Dec. 4 news conference and attributed the following response to Gowdy:

In an interview with Fox News’ Dana Perino on Monday [Dec. 7], Gowdy wasn’t buying that. “That’s one of the dumbest and also most despicable things I have ever heard an alleged leader say,” Gowdy told Perino.

“Just because Joe Biden won, it’s OK to do it, but if Donald Trump had won — I mean when you’re suffering, when you’re, like, in economic self-defense mode, you don’t care about politics. You just want to keep your business going, your family fed, you don’t want to be evicted from your home.”

Those comments, including "What she just said makes me madder than hell," were correctly attributed to Gowdy. They can be viewed in full, below:

By contrast, Western Journal's presentation of what Pelosi said was lacking, as was that of Fox News. Pelosi was speaking about ongoing Congressional negotiations over both an omnibus spending bill for 2021, and renewed COVID-19 relief, at a Dec. 4 news conference. The remarks quoted in the Fox News segment were as follows:

What was then before was not more of this — this has simplicity. It's what we've had in our bills. It's for a shorter period of time, but that's ok now because we have a new president.

Fox News, Gowdy and Western Journal all misrepresented that brief excerpt — taken from much longer remarks — as an illustration of crass and cynical partisanship on the part of Pelosi that, as Gowdy put it, "Because her team won in November, she's going to do something."

However, in her full remarks, Pelosi explained that her and other Democrats' renewed optimism about striking deals with their Republican counterparts before the holidays came in part from the impending distribution of a COVID-19 vaccine, a development that would in time ease the economic and public health burden on the American people, as well as the incoming presidency of Biden — not merely because of their shared party, but specifically because she saw the president-elect's likely approach to pandemic-related problems as markedly superior to that of outgoing President Donald Trump.

During her news conference, Pelosi spoke of a "new dynamic" surrounding the negotiations, and decried what she characterized as the approach of the outgoing Trump administration to the damage caused by the COVID-19 pandemic:

Specifically, Pelosi also cited her concern about November employment figures, released earlier on Dec. 4, as "further indicative of the need for us to crush the virus so the economy can get going."

Later, Pelosi was asked by a reporter to clarify what had changed that made her more optimistic about cutting deals with Congressional Republicans. This is the portion of the news conference during which she made the remarks cherry-picked by Fox News and Western Journal. Her full answer provides important context and a proper understanding of her position — which Fox News, Gowdy, and Western Journal denied their viewers and readers by presenting only a few seconds of:

Perhaps you missed what I said earlier. Joe Biden committed to ending and crushing the virus and having a ["build back better"] initiative. A vaccine. Answer to our prayers... That is a total game-changer. A new president, and a vaccine. So what then before was not more of this — this has simplicity. It's what we've had in our bills. It's for a shorter period of time, but that's ok now because we have a new president — a president who recognizes that we need to depend on science to stop the virus, a president who understands that America's working families need to have money in their pockets in a way that takes them into the future...