Did Trevor Noah Say South Africans Should Direct Their Anger at Whites Instead of Immigrants?

The South African comedian has always been vocal about his mixed-race heritage. 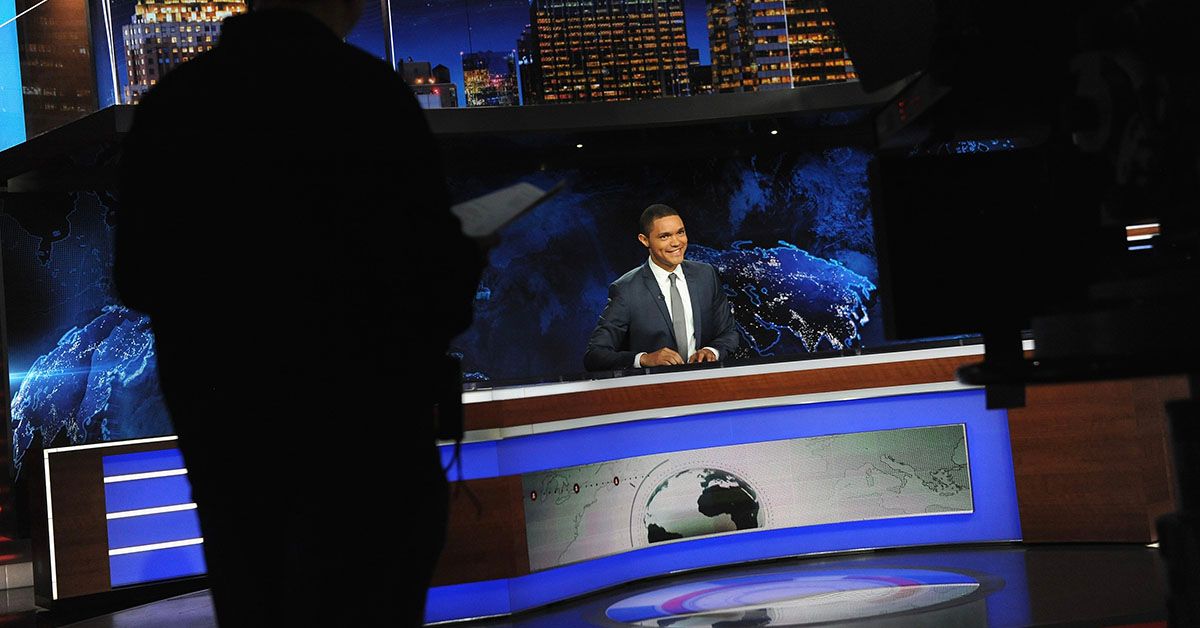 South African comedian Trevor Noah often talks about growing up under apartheid as the child of a black mother and white father. So if it seems a stretch that the famously mixed-race host of Comedy Central's long-running parody news program "The Daily Show" would call on non-whites to unite in anger against white people in South Africa, it's because he didn't.

The fake quote attributed to Noah has been circulating on the internet, in varying forms and countries, since at least 2017, according to an investigation by Digital Forensic Research Lab, a project of the international affairs think tank Atlantic Council, which traces the sources of online disinformation.

In a nutshell, the quote calls on immigrants and black South Africans to unite in their anger toward white South Africans, who control most of the country's wealth. "Whites in South Africa makes up about 8.7% of the population and controls over 85% wealth," the quote states, then continues, "I say that your anger and outrage is misplaced. African immigrants don't own lands, don't run companies, don't operate trophy hunting companies, do not ship out capital to European banks."

It's a toxic quote, considering that its spread online coincides with deadly xenophobic violence in South Africa. And even though it isn't authentic, it spread on various African websites and on social media.

The sharing of the quote to U.S. readers got a boost from frequent purveyors of online disinformation, including Alex Jones' conspiracy site Infowars, as well as Jim Hoft, who runs the junk news site Gateway Pundit, and Jack Posobiec, a right-wing internet personality who helped spread the Pizzagate conspiracy theory. The quote has changed over time. According to the Digital Forensic Research Lab, the earliest version of it has been on the internet since Feb. 20, 2017, when a Nigerian website published it and attributed it to Noah without any citations. It was then reproduced by a Malawian website with the claim that Noah gave the markedly unfunny monologue while hosting his comedy show.

The quote hadn't seen much activity since early 2017 but then reemerged with the start of violence targeting immigrants in South Africa in early September 2019.

In 2017, Noah made a comment about race but it was the inverse of the fake one attributed to him. Noah told Canadian broadcaster CBC that apartheid represents one of the easiest forms of control, accomplished by "[convincing people] that they are different — even black people by the way — and [separating] them into groups that now spend more time trying to fight each other than realizing that they all share a common goal."

Noah also authored a book entitled "Born a Crime" about his experience growing up under apartheid as a mixed-race child, as his parents' union at the time was a violation of South African law under apartheid.

For reference, the version of the quote circulating in the U.S. as of this writing states in full:

There are about 2.3 million immigrants living in South Africa, this number includes other Africans, Chinese, Bangladeshi, Indians, middle easterners and Europeans who are not born in SA. out of this number, only 1.6 million are Africans. The 1.6 MILLION Africans mostly run small shops, vending, service industries, etc. They may lay claim to less than 0.00001% of wealth in SA.

Whites in South Africa makes up about 8.7% of the population and controls over 85% wealth. Though there are increases in black CEOs and managers, these are mere servants and just a optical presentations. There are about 6000 European families who own over 85% of agricultural lands in south Africa. So when I hear south Africans claiming that other Africans are competing with them on dwindling/scarce resources, I say that your anger and outrage is misplaced. African immigrants don’t own lands, don’t run companies, don’t operate trophy hunting companies, do not ship out capital to European banks.

Yours is a misplaced anger, prejudice and xenophobia built up out of inferiority complex created by decades of apartheid and oppression. I don’t see fellow African as a competitor but a fellow compatriot who is struggling to feed his family and have some comfort in this short life-time. If you feel undeserved in wealth distribution, please research again who controls that wealth and it has nothing to do with some Nigerian, Zimbabwean or Mozambican working in a restaurant or Ethiopian running a small shop, or a Ghanaian mechanic working hard in the sun. Share for spirit of *Ubuntu*