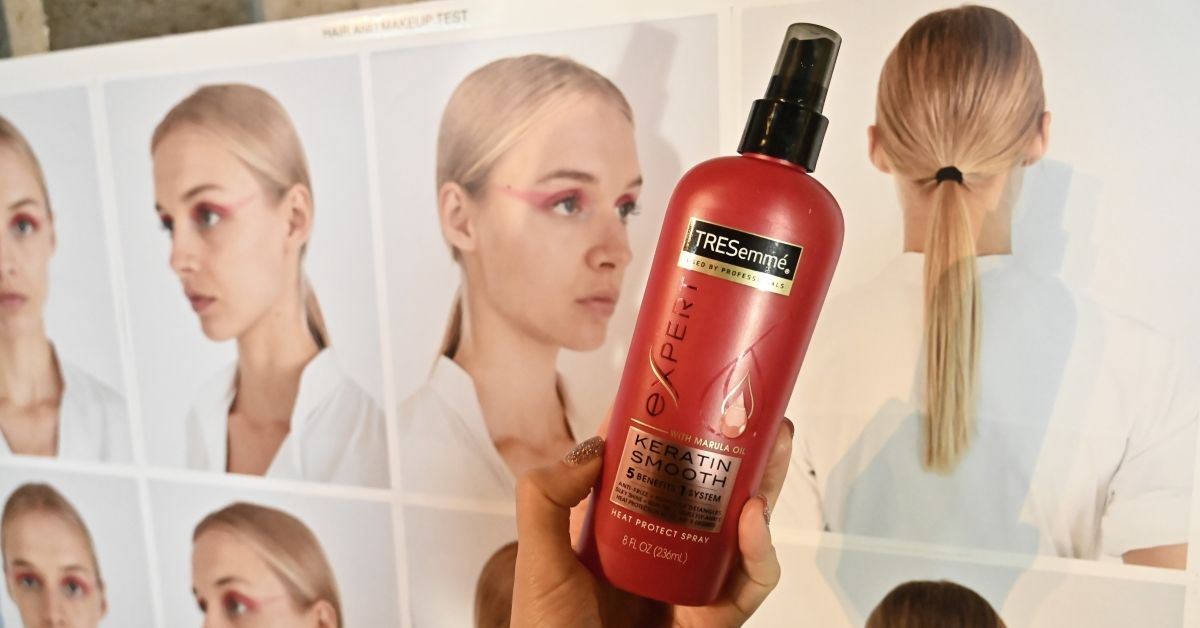 Claim:
In late 2020, a consumer in Illinois filed a class action lawsuit against Unilever, alleging the company violated various laws in its use of a particular ingredient in TRESemmé shampoos.
Rating:

In December 2020, we received multiple inquiries from Snopes readers asking us to examine the accuracy of reports and social media posts that claimed users of two variants of TRESemmé shampoo had filed a class-action lawsuit against the manufacturer, Unilever, over the alleged inclusion of an ingredient that causes hair loss.

On Dec. 3, Facebook user Shevelle Finney recounted her alleged experience of hair loss in a post that was shared more than 250,000 times. She wrote:

...I have very long thick curly hair that is now half the thickness it was this time last year. It has been falling out by the brush full and in the shower. I just chalked it up to the stress. I've used Tresemme shampoo for years it's the only thing that tames my hair. Well guess what... I got a phone call from my mother tonight telling me to stop using it. She just got an email about a new class action lawsuit against Tresemme shampoo for having ingredients in it that make your hair fall out.

Internet users also inquired about a Nov. 17 article on the website ClassAction.org, that reported the following:

A proposed class action filed this week claims the makers of the TRESemmé Keratin Smooth line of shampoos failed to warn users that an ingredient in the products can cause significant hair loss and scalp irritation.

According to the 49-page case, TRESemmé Keratin Hair Smoothing Shampoo and TRESemmé Keratin Smooth Color Shampoo, made by defendants Unilever United States, Inc. and Conopco, Inc., contain a preservative called DMDM hydantoin, which is known to leach formaldehyde when it comes into contact with water.

Given formaldehyde is a “well-known human carcinogen” that can cause cancer and other harmful reactions when absorbed into the skin, Unilever’s use of DMDM hydantoin in the TRESemmé Keratin Smooth products is “an entirely unnecessary risk” since safer and natural alternatives exist, the lawsuit argues.

Nevertheless, the suit alleges, the defendants have failed to properly warn consumers of the risks associated with using such a strong chemical on their hair and have even gone so far as to claim the TRESemmé Keratin Smooth products are safe.

Setting aside Finney's descriptions of her own personal experience, which we're not in a position to assess, those accounts were accurate in their descriptions of the lawsuit in question.

On Nov. 16, 2020, Illinois woman Emily Castillo filed a lawsuit against Unilever USA and its subsidiary Conopco, in the U.S. District Court for the Northern District of Illinois, on behalf of herself and "other similarly situated consumers." In her complaint, Castillo alleged that:

As a result, Castillo argued, the defendants had committed consumer fraud, breach of warranty, breach of contract, and unjust enrichment. According to her complaint, the number of would-be participants in the class action lawsuit could be "thousands, if not hundreds of thousands," and she asked the court to order a recall of the products, as well as to instruct Unilever and Conopco to pay unspecified amounts in restitution, damages, attorneys' fees and other costs.

Unilever has not yet filed a response to the allegations contained in the complaint, and has until February 2021 to do so. Snopes invited the company to answer Castillo's allegations, but we did not receive any reply in time for publication.

In her widely-shared Facebook post, Finney included a photograph of a bottle of TRESemmé Moisture Rich conditioner. It's not clear whether that photograph was for illustration purposes only, or indicates that it is the only TRESemmé product she uses, and therefore one which she alleges caused her hair to fall out. (The text of Finney's post referred to TRESemmé shampoo, but the photograph showed a bottle of conditioner.)

That particular conditioner does contain DMDM hydantoin, the ingredient at the center of Castillo's lawsuit, but it is not one of the two specific TRESemmé shampoo variants cited in the complaint.