Mack Beggs's request to compete in the boys' division was stymied by Texas state officials. 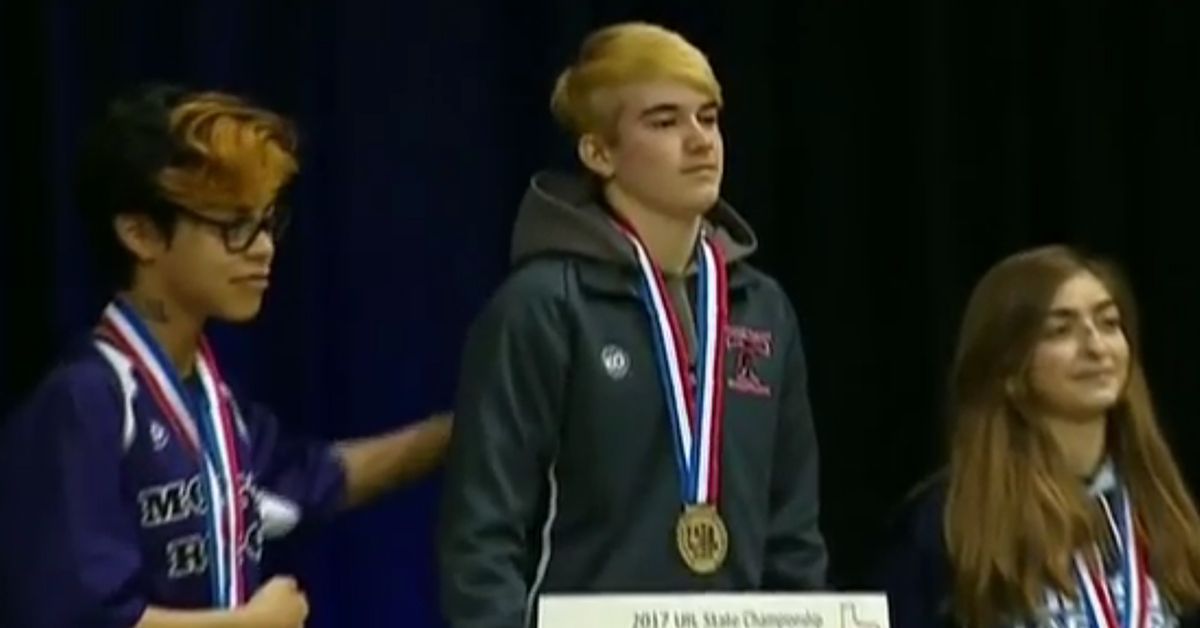 A Texas transgender teenager made headlines again for capturing his second consecutive high school wrestling championship in a girls' division, despite his efforts to compete according to his gender identity.

Mack Beggs, who a few years ago began the process of transitioning from female to male, repeated as the state girls' Class 6A champion for the 110-pound division on 24 February 2018. He has asked to compete in the boys' division but because of a rule passed in 2016 by the University Interscholastic League, which governs high school athletics in the state, he is required to wrestle against girls. The rule states:

Numerous legitimate media outlets covered Beggs's latest win, including the Associated Press -- a wire service with reporters all over the world. Although none of these outlets have been known to invent false stories, readers wrote in to question the veracity of the reports.

The teen first entered the national spotlight after winning the 2017 Class 6A tournament, when he criticized President Donald Trump's administration for withdrawing a guidance to schools directing them to allow students to use restrooms according to their gender identity. Beggs said in February 2017:

It's ridiculous and dangerous. Trump is leaving so many variables out. Who is going to protect these kids in school who have to watch their back every single day?

Beggs was also critical of the rule barring him from competing against other boys, saying:

I'm not wrestling on a girl's team to wrestle girls, I'm doing it because I'm not allowed to wrestle boys. I'm not out here to cheat. I worked my tail off and it finally paid off. People hear testosterone and think it's the same as what a body builder uses. I'm using very minimal (dosage) because it's what has been medically prescribed. If a male has testicular cancer and needs testosterone, are they going to try to ban him too?