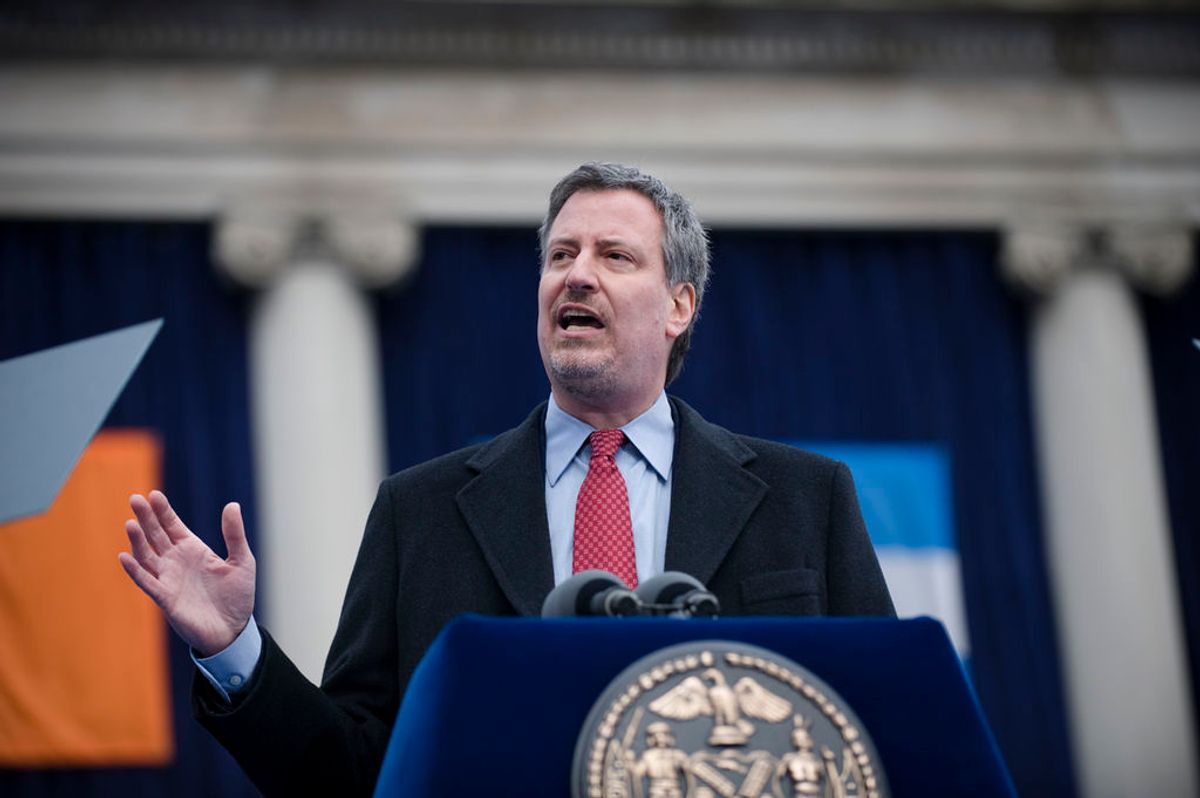 Claim:
Property owners in New York City will be fined $250,000 for using "improper pronouns" due to new transgender laws.
Rating:

The New York City Commission on Human Rights released new guidelines in December 2015 regarding discrimination on the basis of gender identity or expression.

Accidentally referring to a transgender person with the wrong pronoun in NYC will result in a $250,000 fine.

Back in 2002 the New York City Council passed a Transgender Rights Bill in order to help protect the rights of persons whose "gender and self-image do not fully accord with the legal sex assigned to them at birth." While the resulting NYC Human Rights Law prohibited discrimination against such persons, the range of potential violations against transgender and gender non-conforming individuals that were punishable under that law was not clearly explained. This oversight was remedied on 21 December 2015, when the New York City Commission for Human Rights released new guidelines governing discrimination on the basis of gender identity or expression:

Today, the New York City Commission on Human Rights released new guidance that makes clear what constitutes gender identity and gender expression discrimination under the NYC Human Rights Law, making it one of the strongest in the nation in protecting the rights of transgender and gender non-conforming individuals. Although discrimination based on gender identity and expression has been illegal under the City’s law since 2002, previous guidelines never articulated the range of violations of the law. Today’s guidance provides bold and explicit examples of violations, sending a clear message to employers, landlords, business owners, and the general public what the City considers to be discrimination under the law. The guidance also offers best practices on how stakeholders can comply with the law.

"Far too often, transgender and gender non-conforming individuals suffer discrimination, harassment, and violence on a scale many cannot imagine," said Carmelyn P. Malalis, New York City Human Rights Commissioner. "New York City does not and will not tolerate discrimination on the basis of gender identity or gender expression. Today's guidance makes it abundantly clear what the City considers to be discrimination under the law and the Commission will continue to aggressively enforce protections to make that promise a reality. Every New Yorker deserves to live freely and safely, free from discrimination."

Shortly after the new guidelines were released, several conservative outlets published headlines suggesting that NYC residents would be fined $250,000 for using the wrong pronoun when referring to a transgender individual. While this claim is technically true in a very narrow sense, it is also very misleading.

For instance, an individual who simply mistakenly uses the wrong pronoun when referring to a transgender individual will not be fined under the new law. However, a person who intentionally and repeatedly refuses to use an individual's preferred pronoun would be subject to fines (that could reach as high as $250,000 for multiple violations) under the law:

All people, including employees, tenants, customers, and participants in programs, have the right to use their preferred name regardless of whether they have identification in that name or have obtained a court-ordered name change, except in very limited circumstances where certain federal, state, or local laws require otherwise (e.g., for purposes of employment eligibility verification with the federal government). Asking someone their preferred gender pronoun and preferred name is not a violation of the NYCHRL.

Examples of Violations a. Intentional or repeated refusal to use an individual's preferred name, pronoun or title. For example, repeatedly calling a transgender woman "him" or "Mr." after she has made clear which pronouns and title she uses.