Will Placing a Penny on the Tracks Derail a Train?

"I smashed a penny on the railroad tie ... and was advised by someone that I could have derailed the train." 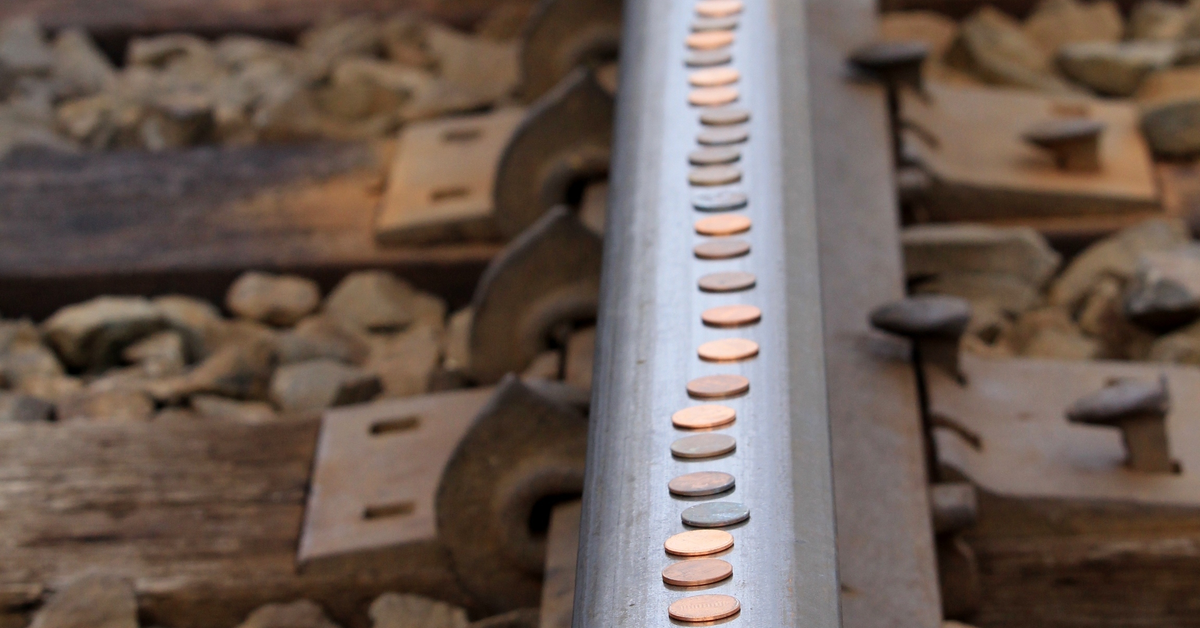 Claim:
A penny placed on the tracks will derail a train.
Rating:

Kids have beein placing pennies on train tracks almost as long as there have been trains and pennies. Our grandparents left pennies on streetcar tracks in the hopes that passing streetcars would flatten the coins, rendering them into good luck pieces. A common misperception tied to the activity is that laying a penny on tracks will actually cause a train to derail:

"I smashed a penny on the railroad tie, and was advised by someone that I could have derailed the train. I've heard this before, and I think it could be an urban legend, but wasn't sure."

Has leaving a penny on the tracks ever resulted in the derailment of a train? If it has, we've never been able locate document of such an accident. What has resulted from attempts to place coins on rails, however, is the deaths of those who've engaged in the practice. It doesn't happen often, but it has occurred enough time that such an outcome remains a very real possibility:


Pennying the tracks can result in an additional danger: sometimes those coins shoot out from under the train's wheels at incredible speeds, turning them into potentially deadly little projectiles.

Leaving items other than pennies on railroad tracks has caused trains to derail. In July 1999, three Indiana youngsters were charged with having caused the South Shore passenger train to jump the tracks in Michigan City after they placed a brick on the tracks. No injuries resulted, but that was more due to luck than anything else. The derailment of a six-car passenger train isn't exactly something to sneeze at.

Kids have always done oddball things, some more risky than others -- flattening pennies on railroad tracks is a time-honored practice, so cautions against it are not likely to bring about its end. Yet it's worth driving home to souvenir-minded youngsters that it's always important to be extra careful when playing around trains. Indeed, this legend may have begun as a cautionary tale intended to lessen the incentive for children to play with on near railroad tracks.