Can an Alcoholics Anonymous member exchange his sobriety medallion for free drinks at any bar? 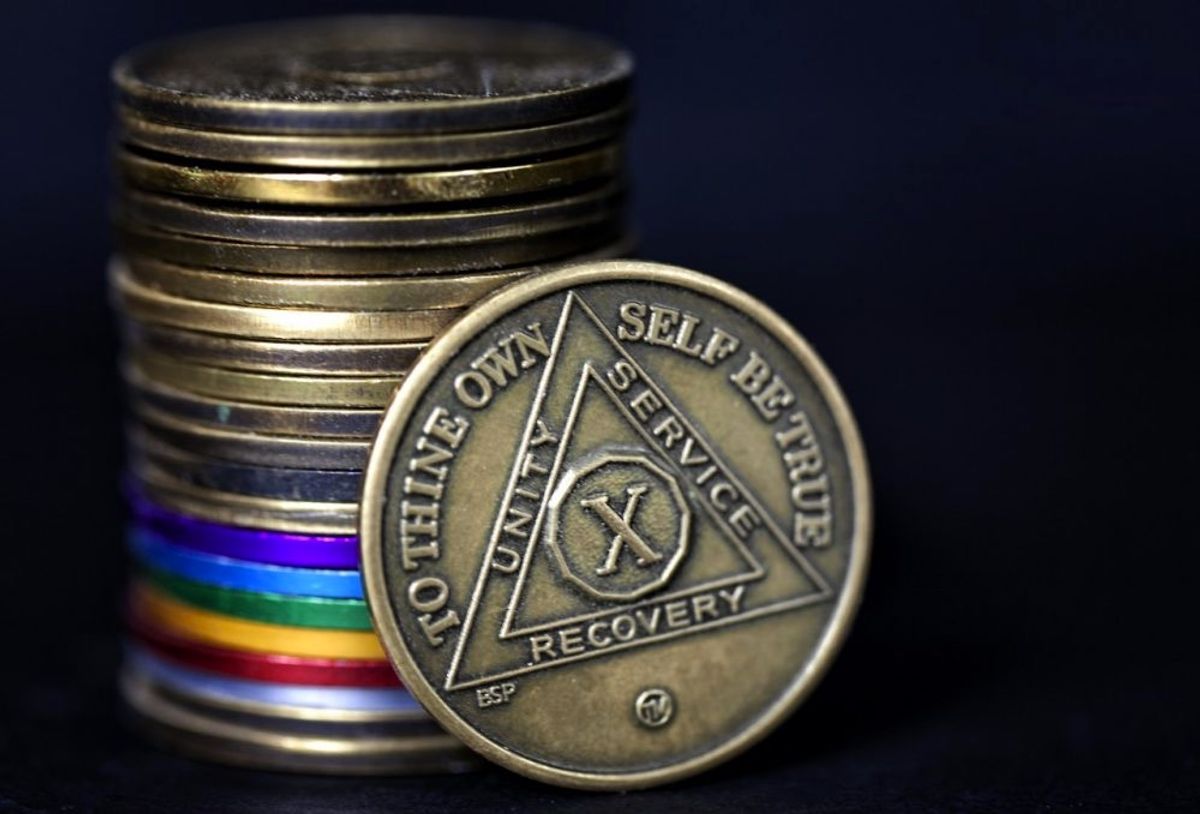 Claim:
An Alcoholics Anonymous member can exchange his sobriety medallion for free drinks at any bar.
Rating:

Addiction is not something that is fought once; it is a foe that needs be wrestled with constantly. It is for this reason that many who have successfully availed themselves of the Alcoholics Anonymous (AA) program choose to carry in their pockets small tokens that serve to constantly remind them of the importance of their sobriety, lest a fleeting instance of complacency prompt them to forget the nature of the battle they must wage each and every day.

The most popular of such mementos is the sobriety medallion or chip. One of the earliest AA members carried such a token (Clarence H. Snyder, founder of AA group #3 in Cleveland in 1939), but the practice of bestowing sobriety chips is attributed to the Oxford Group in Elmira, New York, in 1947.

While each group within AA operates by its own rules, it has become somewhat the norm for a member's home group to present a successful newcomer with a medallion on the first anniversary of his last drink. Said disc will likely be engraved with the date of the member's sobriety and either a generic statement (e.g., "The day my new life began") or the member's favorite of the standard AA slogans, one that he particularly drew strength from in his first year.

Additionally, many groups make it their practice to hand out poker chips or marbles at the one-week, one-, three-, six- and nine-month milestones. These less formal tokens of recognition, while of no appreciable monetary value themselves, are treasured nonetheless because they are peer group recognitions of the struggle the individual is engaged in. For someone fighting day by day to maintain his newfound sobriety in the face of all life has to throw at him, they serve as tangible reminders that others (particularly those who have also weathered these storms) have noted the newcomer's progress and are cheering him on. They also serve as tangible reminders of his promises to himself.

The belief that either AA sobriety anniversary medallions or their ersatz mid-year counterparts are redeemable for free booze at local bars has been around for decades. (I first encountered it in the early 1980s when it was told as an "everybody knows" tale among folks in the program, but it is likely far older than that):

Is it true that if you bring a one year sober AA chip to a bar and give it to them they will give you a free drink?

As to why this belief thrives, society views the alcoholic as having created the hell he inhabits via his poor personal choices and lousy impulse control rather than by the addiction that drove him. The notion, therefore, that the promise of free drinks would be all it would take to get him to kick over the traces and return to his former ways fits with the general view of alcoholics as irresponsible children who can't see past the glitter of short-term gain to appreciate the natural consequences of their actions. Their disease is regarded as a matter of moral weakness rather than as a physical malady.

Finally, there's the specter of frustrated predatory bartenders just waiting to pounce upon hapless ex-drunks as they ruefully watch their profits shrink thanks to the town souse's new-found sobriety. Business is business, says this aspect of the tale; the cost in terms of human misery is nothing against the loss being suffered by the till. In this we find echoes of any number of retail urban legends which position various large corporate entities as heartless to the point of not caring what harm they visit upon consumers, provided they continue to get their hands on the almighty buck.

Are there such bars where chips and medallions can regularly be traded for free hooch? If there are, we've yet to encounter any credible reports of them.