Did a Tourist Get Diarrhea on a Roller Coaster and Splash 14 People?

Reports of a tourist's unfortunate bout of stomach upset on a Spanish roller coaster are fake news. 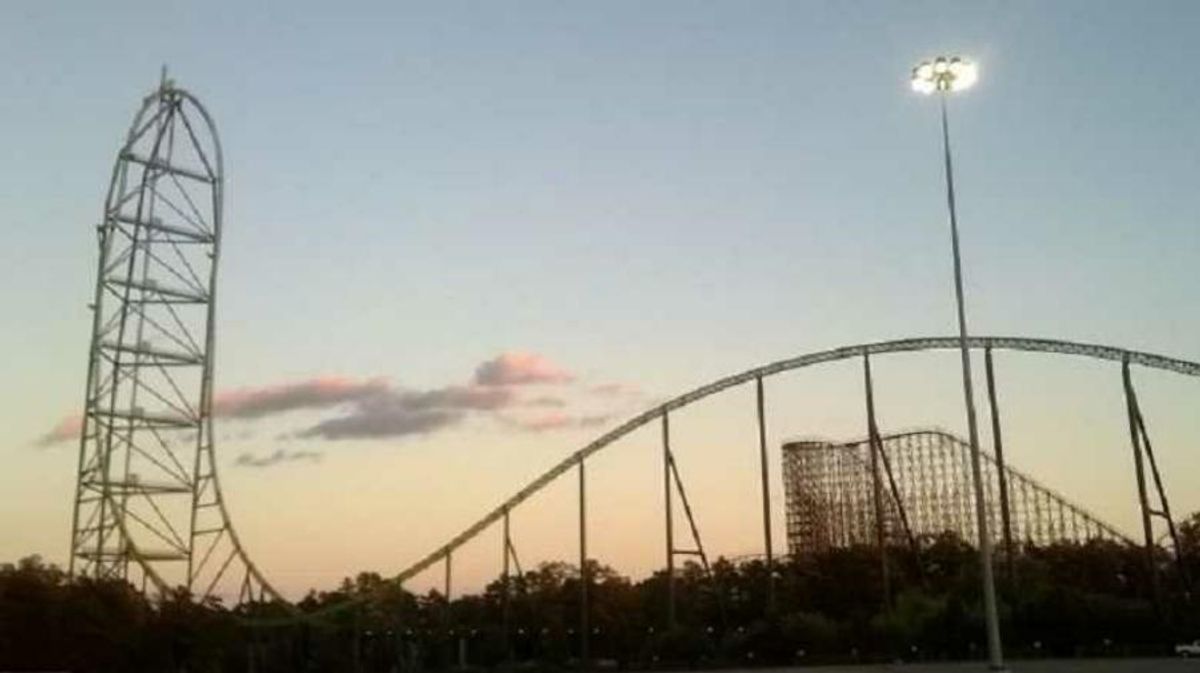 On 17 January 2018, the 8Shit web site published an article reporting that a tourist in Spain had suffered an unfortunate bout of diarrhea while visiting an amusement park:

Spain. — A man was enjoying his vacations in one of the most important museums, buildings, gardens, monuments and restaurants in Port Aventura, Spain.

He was convinced by his friends to get on the best ride of the park, Ferrari Land. The man, who knew he was suffering from gastroenteritis, accepted, and his nightmare started.

On the first slope, at a speed of almost 200km/h (124 mi/h), the man noticed that his stomach was not doing well. At the first looping, he couldn’t stop himself and was forced to let it all out. The shit was flying all over the place and splashed 14 people, who were sharing the exciting ride. Many of them threw up because they had shit on their hair, face and clothing.

The man faced no charges because this was involuntarily.

The 8Shit article was lifted from information published on the Spanish-language web site Hay Noticia, which read (roughly translated):

It happened in an amusement park in Spain. A London family was enjoying their vacation visiting the most important cities, museums, buildings, gardens, monuments, restaurants in the country, and at the request of their two daughters, the Port Aventura amusement park.

Candy, the older sister, convinced Sabina to ride in the park's most thrilling attraction, the Ferrari Land. Sabina, despite suffering from gastroenteritis caused by the change in meals and schedules, reluctantly accepted and accompanied her sister on the ride. Wearing a skirt and flip-flops, they grabbed the rails of the roller coaster car and ... their nightmare began.

In the first drop, at almost 200km/h, Sabina's felt sick to her stomach, and she could not control her sphincter, evacuating feces in an almost liquid state that flew out and splashed 14 other people who were also riding the attraction, causing some of them to vomit when they noticed the poop on their faces, hair and clothes. It is still not known if the park's insurance carrier will be responsible for the damages caused.

None of this was true. Hay Noticia's disclaimer notes that the site is dedicated to "humor" and "entertainment," and that all of the site's content is fiction:

The site "Hay Noticia" (https://haynoticia.es) (hereinafter referred to as HN) is a humor site whose purpose is entertainment.

The content of HN is fiction and does not correspond to reality.

All references, names, brands or institutions that appear on the site are used as contextual elements, as in any novel or other fictional account.

Likewise, 8Shit's disclaimer notes the same of themselves:

8Shit is a satire news and humor website. All its content is fiction (except those under the "serious" category) and shouldn't be taken as real. All references, names and marks or institutions in this web are used as contextual elements, like in any novel or science-fiction story.