Did a Toronto Bar Cheer at Kevin Durant's Injury?

Some fans really did cheer when Durant got injured, but this reaction video is digitally manipulated. 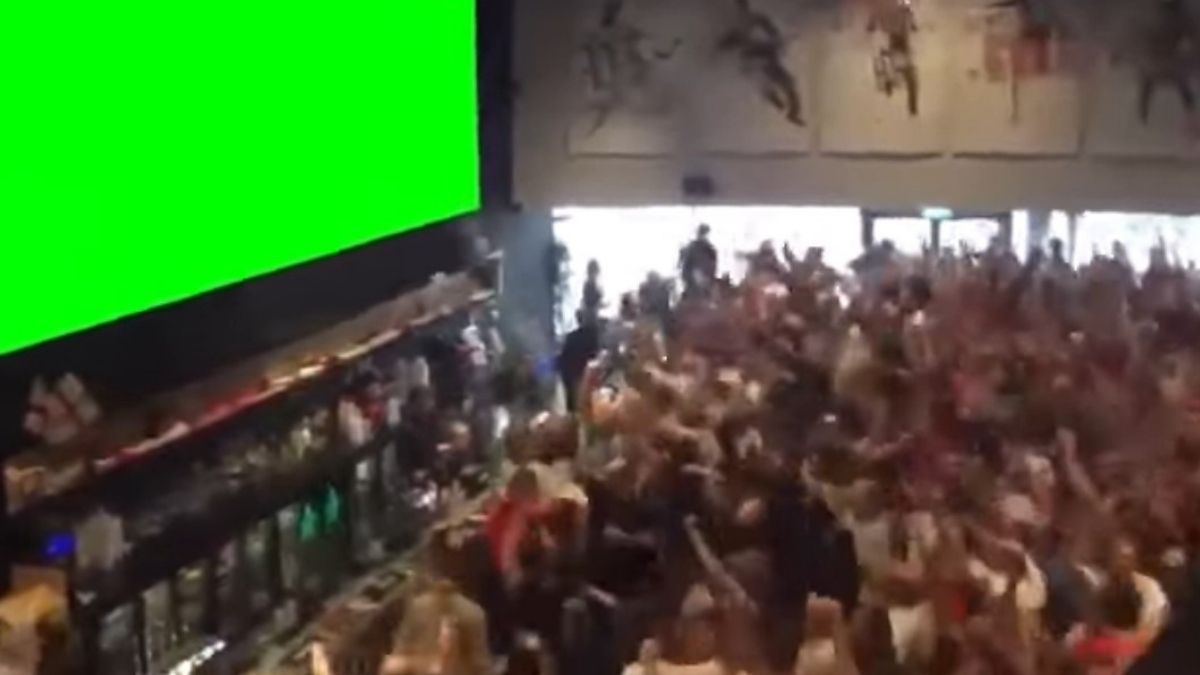 Claim:
A video shows a crowd at a bar in Toronto erupting in applause as they watched NBA player Kevin Durant's 2019 playoff ending injury.
Rating:

The Golden State Warriors were playing the Toronto Raptors in the 2019 NBA Western Conference Finals when star player Kevin Durant tore his Achilles tendon. While some fans at the stadium cheered as Durant limped off the court, a video showing an entire bar erupting in applause is digitally edited.

When Golden State Warriors player Kevin Durant tore his Achilles tendon during game five of the 2019 NBA Finals against the Toronto Raptors, some of the home team's crowd started to cheer:

This moment spurred a number of reaction pieces, with some criticizing the apparent poor sportsmanship of the Raptors fans, while others noted how the Raptors players attempted to quiet the crowd. It quickly became a hot topic on social media. As people shared their reactions to the moment, Bar Stool Sports posted a video on Twitter that supposedly showed an entire barroom wildly erupting in applause as Durant limped off the court.

This is not a genuine video of a bar reacting to Durant's injury.

This digitally edited video was created by doctoring a video of a crowd at Ashton Gate Stadium in Bristol, England, cheering a game winning goal in the 2016 UEFA European Football Championship. In the original video, the crowd cheers as a video of Daniel Sturridge putting in a late game goal plays on the big screen. The clip of Durant's injury was digitally edited onto the screen to make it appear as if the crowd was wildly reacting to this dramatic turn of events in the NBA playoffs.

The 2016 video has been a persistent source of meme material. At various times over the years, the video has been edited to make it appear as if this crowd was reacting to moments from Game of Thrones to Star Wars, and to the DVD logo striking the corner of the screen at the perfect angle. At the top of this article you can seen a screenshot of the green screen template that was created to make these memes. Our favorite version of this joke is the crowd reacting to the "Cat in the Hat" reveal:

“Kevin Durant and the Dehumanization of Black Athletes.” The Undefeated, 13 June 2019, https://theundefeated.com/features/kevin-durant-and-the-dehumanization-of-black-athletes/.