Did People Start Licking Toilets as a Protest Against Donald Trump?

A grotesque hoax involving doctored images of people in bathrooms managed to trick some Internet users. 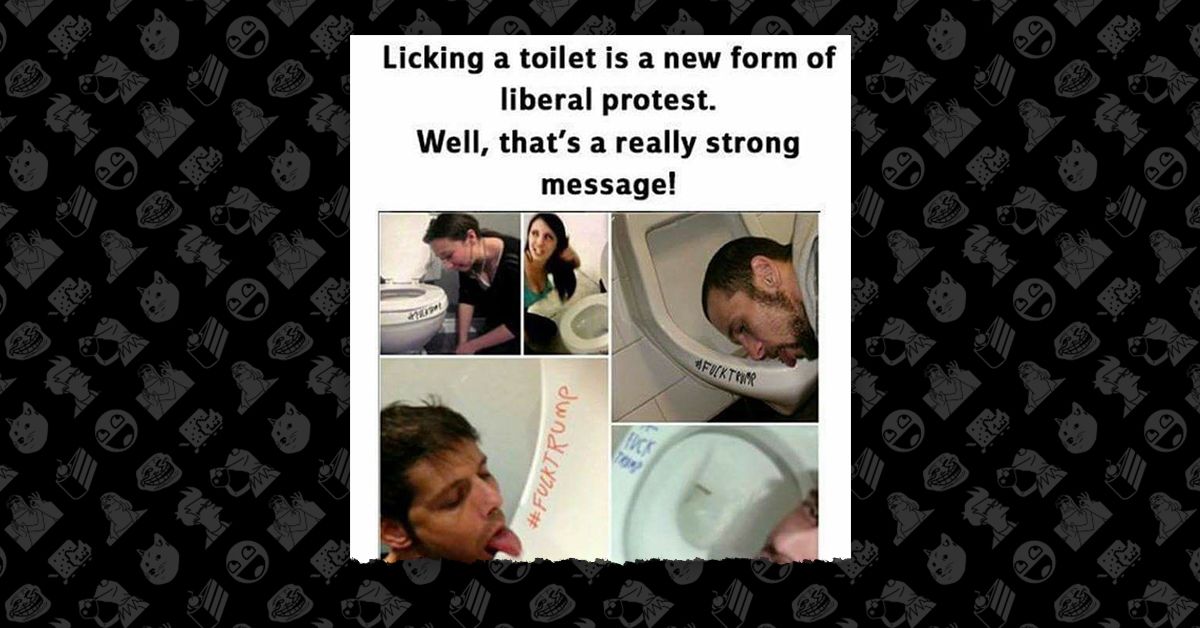 Donald Trump ushered in an age of memes and hashtags when the billionaire real estate developer entered the Republican primary race in the summer of 2015. The online onslaught had not slackened by June 2017, when social media became awash in claims that liberal critics of the new president had begun licking toilets as a form of protest against him.

The earliest instance of the meme that we found was a 15 June 2017 post on the notorious /pol/ ("politically incorrect") section of the 4chan Internet forum (that thread has since been deleted, but an archived version can be found here): This meme is a hoax. Nobody is (or was) licking toilets as a form of protest against Donald Trump. The images shown in the meme were taken from unrelated videos, with the #FUCKTRUMP hashtag digitally added in. For example, here is a screengrab from the video that gave rise to the image in the top left-hand portion of the collage:

The meme has proven popular on the pro-Trump Reddit forum r/The_Donald and in other right-wing online spaces as a joke about the supposed gullibility of liberals who are opposed to President Trump.