Was This Violin Played on the Titanic?

None of the musicians aboard the Titanic survived the ship's sinking, but at least one of their instruments did. 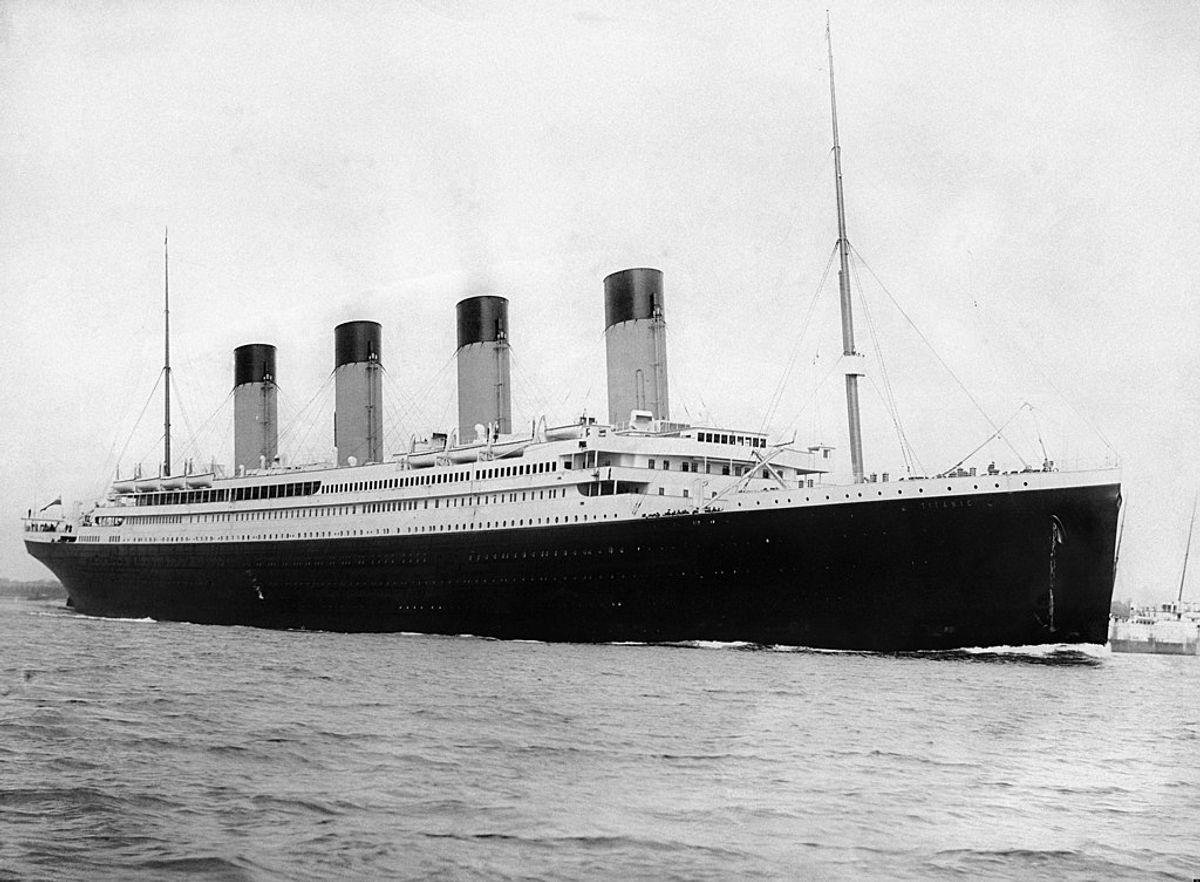 Claim:
A photograph shows a violin that was played by bandleader Wallace Hartley aboard the Titanic.
Rating:

On April 15, 1912, the RMS Titanic struck an iceberg and sank to the bottom of the North Atlantic Ocean. One of the most storied events of the ship's tragic sinking (and one of the most famous scenes from James Cameron's 1997 movie "Titanic") involves a group of musicians that continued to play as the ship began its descent into the icy waters:

In April 2021, around the anniversary of the ship's sinking, a photograph was circulated on social media supposedly showing the violin that the band's leader, Wallace Hartley, had played aboard the Titanic: This is a genuine image of Hartley's violin. Hartley, unfortunately, as well as the other seven members of the Titanic's orchestra, perished during the disaster along with more than 1,500 other passengers (out of an estimated 2,224 people on board).

Hartley's body was found 10 days after the ship's sinking and according to some accounts the violin was strapped to his body. The instrument would soon make it to Hartley's fiancee, Maria Robinson, who would keep it until her death in 1939. The violin changed hands a few times after that, then sat largely forgotten in an attic in England for decades until it was discovered again in 2006. A seven-year investigation ensued until the violin was officially authenticated as Hartley's Titanic violin. In 2013, it was sold at auction for $1,454,400, making it the most valuable artifact recovered from the Titanic.

Here's how the Titanic Museum Attraction in Branson, Missouri, where the violin has been periodically displayed since 2013, describes the instrument's journey from Hartley's hands to auction:

The band and their courageous act of continuing to play “Nearer My God To Thee” in the midst of the frantic and hectic activity taking place all around them as the doomed ship gradually sank into her frigid watery grave was described by one newspaper at the time as an act that “Will rank among the noblest in the annals of heroism at sea“ and has played a pivotal role in the memory of that horrific night in books, movies and other depictions of the event. News accounts indicate that Hartley’s body was found floating 10 days after the sinking with his violin in his leather valise, with some jewelry, strapped to his chest above his life vest.

There is general agreement that it was returned to Maria Robinson, who was Hartley’s fiancée and had given it to him in 1910 when they became engaged. Reports indicate that after her death in 1939 the violin was given to “a Major Renwick of the Bridlington Salvation Army” who then gave it to a violin teacher who gave it to the mother of the current owner, in whose family it has been in for the last 70 years, many of them in an attic, until it was discovered by her son in 2006 when he found it in a leather case with the initials “WHH” engraved on it.

He, while remaining anonymous, turned it over to the auction house of Henry Aldridge and Son of Wiltshire, England, because of their expertise in dealing with Titanic artifacts and memorabilia, for authenticity. That process has taken a number of years and involved both extensive forensic testing of the violin and its silver engraved plate reading “For Wallace on the occasion of our engagement from Maria” as well as the examination of a trail of documentary evidence.

The results have led experts to much the same conclusion as that expressed by Craig Sopin, owner of one of the largest private Titanic collections of artifacts and memorabilia. He said, “To say that I was skeptical at first would be an understatement. But after I conducted an exhaustively detailed investigation into the history and forensics of the instrument, I became convinced beyond a doubt that this violin belonged to Wallace Hartley and that is was with him on the Titanic.”

Although this violin truly belonged to Wallace Hartley and was truly being played as the Titanic sank to its watery grave, there is some dispute about what song Hartley and the other band members played during this disaster. The most common claim (and the one featured in the movie "Titanic") is that Hartley and the band played the hymn "Nearer, My God, To Thee" as the ship sank. A 1912 newspaper clipping notes that this song was also played at Hartley's funeral: 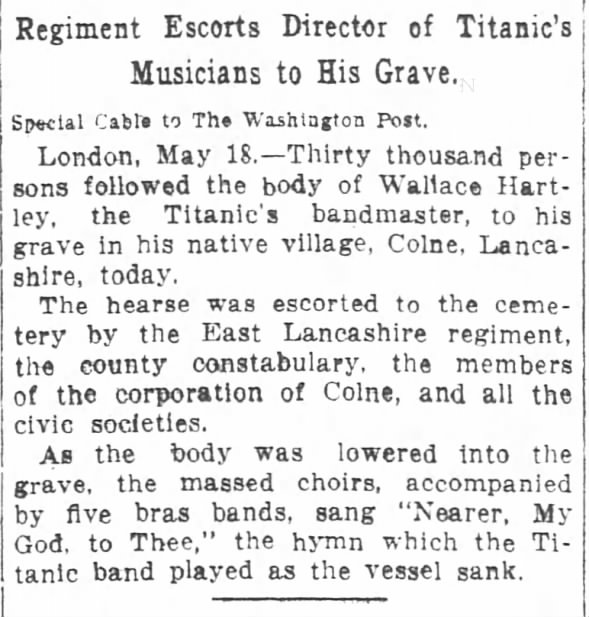 19 May 1912, Sun The Washington Post (Washington, District of Columbia) Newspapers.com

However, other accounts claim that the final song played aboard the Titanic was "Autumn." We took a deeper look into the Titanic band's final song here.