Reports conflicted about whether the Trumps or the Bidens fired the head White House usher after the Bidens weren't promptly let inside the White House. 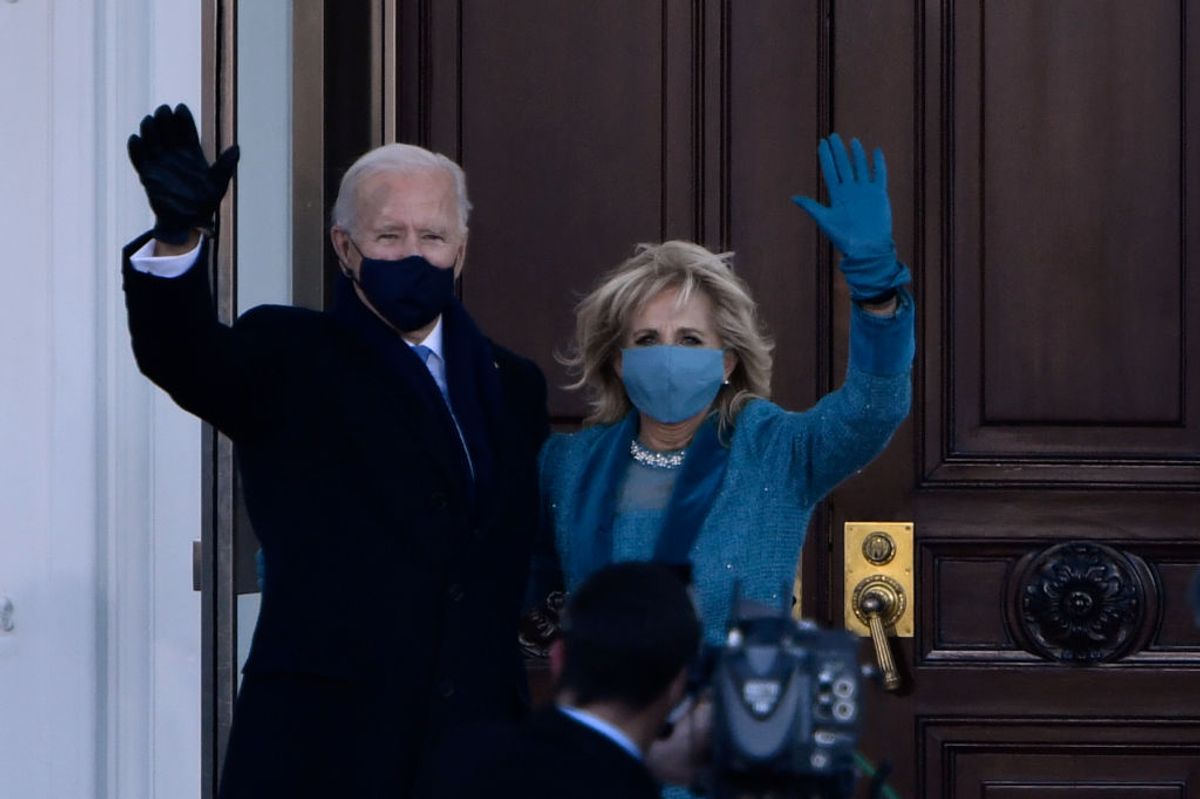 Claim:
The Trumps fired White House Chief Usher Timothy Harleth so no one would be there to let the Bidens in on Inauguration Day.

Everything about the transition between U.S. President Joe Biden and his predecessor, Donald Trump, was rocky, thanks in large part to Trump's refusal to concede his November 2020 election loss and his long but ultimately failed quest to remain in power up to the last minute.

News cycles between the 2020 presidential election and Biden's inauguration were beset by stories of Trump administration officials' refusal to cooperate with Biden's transition team.

Perhaps the final publicly obvious sign of this chaos came when the newly inaugurated first couple walked the final stretch to the White House after Biden's swearing in. As Biden and first lady Dr. Jill Biden stood outside, it took an awkward moment longer than it should have for the doors to be opened for them.

The cause for this apparent protocol breach is the subject of conflicting reports. Some sources reported it occurred because the Trumps fired White House Chief Usher Timothy Harleth right before the Bidens were set to take over, while CNN reported it was the Bidens who fired Harleth.

White House Press Secretary Jen Psaki said during a Jan. 22, 2021, news briefing that Harleth was dismissed "before we walked in the door," but didn't provide any further detail.

We sent an email to the White House press office noting the conflicting reports and asking whether the Trump or the Biden team dismissed Harleth, but didn't receive a response in time for publication. The New York Times reports that Harleth was informed he was being let go a half hour before Biden's term officially began, at 12 p.m. on Jan. 20, reporting:

Timothy Harleth, the Trumps’ chief usher and a former rooms manager of the Trump International Hotel in Washington, was busy moving furniture on Inauguration Day when he was told at 11:30 a.m. that his services were no longer needed, people familiar with the process said.

The National Journal, a news outlet catering to government-affairs professionals, reported that in addition to dismissing Harleth, the Trumps sent White House butlers home, "so there would be no one to help the Bidens when they arrived." But citing "two sources with knowledge," CNN reported the Bidens "moved swiftly" to fire Harleth.

Harleth was hired by then-first lady Melania Trump in June 2017 to serve as White House chief usher. His appointment broke with tradition in that, "White House chief ushers have largely been public servants, military personnel or career staff members who worked their way up the usher ladder over several administrations," per The New York Times.

Harleth on the other hand was an employee of the Trump family business empire before entering public service, working as the director of rooms at the Trump International Hotel in Washington, D.C.

Because of conflicting news reports and no additional information to clarify, we are therefore issuing no rating on this rumor, and will update this story if any evidence becomes available.