Tim Kaine's "Communist flag pin" actually symbolizes that his son is serving in the U.S. Marines. 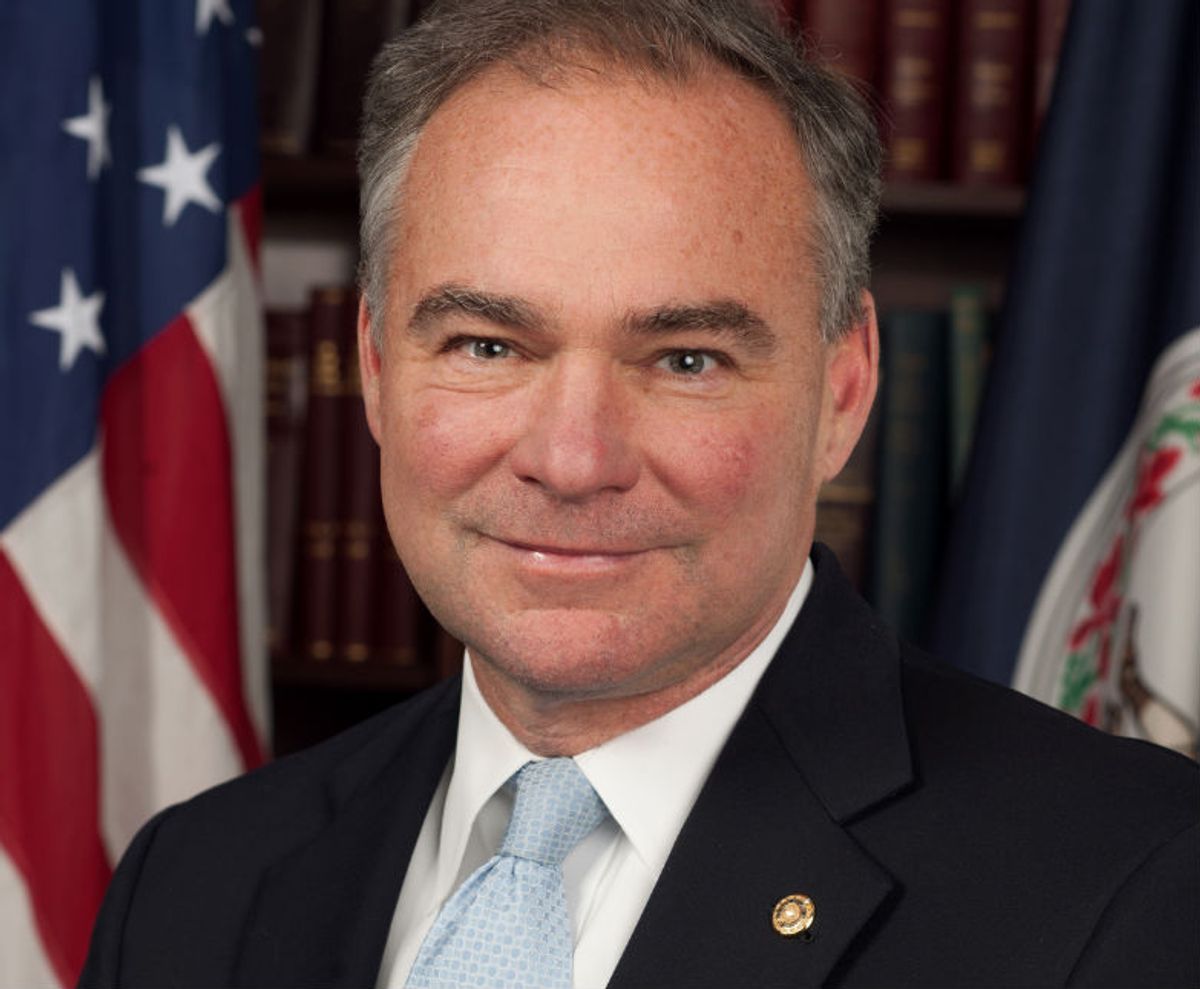 A photograph purportedly showing Democratic vice presidential nominee Tim Kaine wearing a communist flag pin began circulating shortly after his appearance at the 2016 Democratic National Convention (DNC) in July 2016. While the photograph is real, the pictured pin does not depict a "communist star flag."

The pin Kaine is seen wearing features a blue star on a white background surrounded by a red border. This is the Blue Star pin, which is frequently worn those who have family members serving in the U.S. military, and Senator Kaine's son Nat is an active-duty U.S. Marine, as noted in news photograph captions explaining the symbolism of the pin:

Democratic vice presidential nominee Tim Kaine delivered remarks at the Democratic National Convention wearing a Blue Star pin symbolizing that he has a family member serving in the military. Kaine's son is a Marine.

The claim that Kaine was wearing a Communist flag pin can also be disproved by looking at comparing it Communist symbols. While it's unclear what specific item "Communist star flag" refers to, communist flags frequently feature red stars or yellow stars on red backgrounds, but not blue stars: This is the second time that Kaine's Blue Star Families pin was mistaken for a different symbol. On 27 July 2016, the official Twitter account of the North Carolina Republican Party accused Kaine of wearing a pin representing the Honduran flag: