Is This a Tiger with Down Syndrome?

With so few white tigers in existence, the genetic pool is limited, and inbreeding is an inevitable consequence. 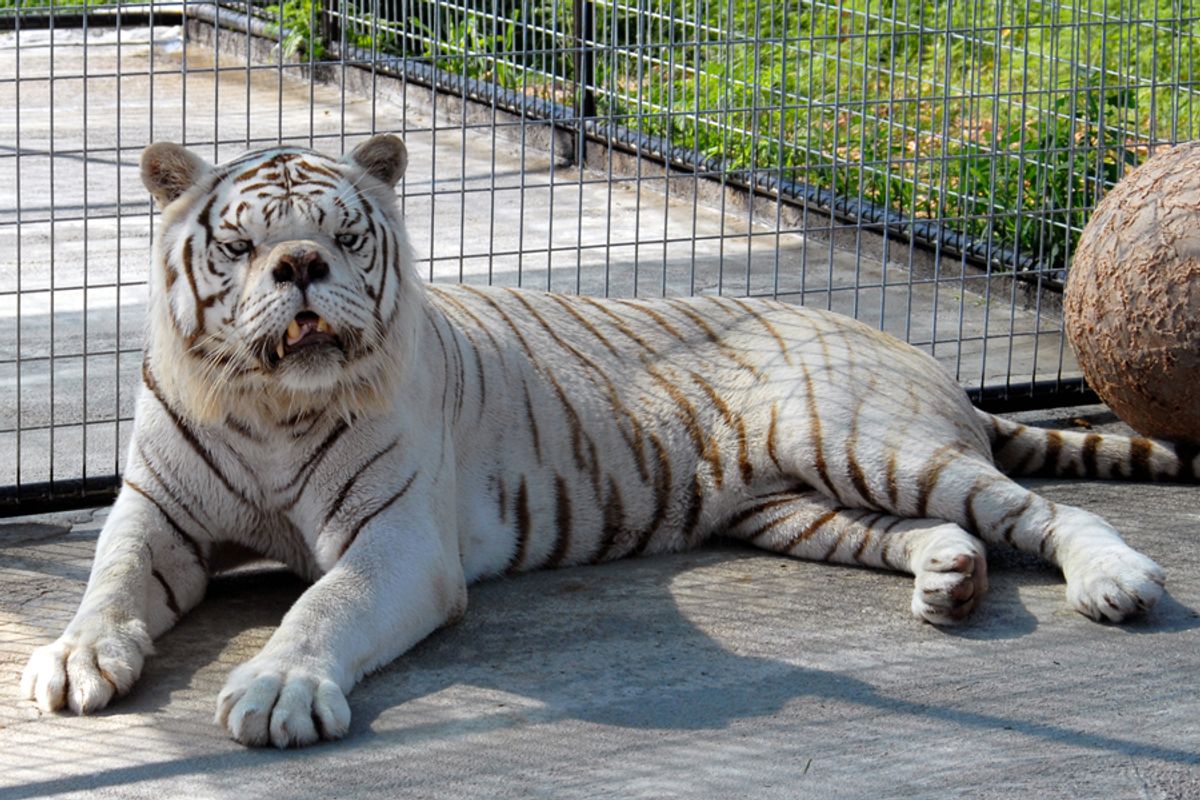 Claim:
Photographs show a white tiger with Down syndrome.
Rating:

Inbreeding resulted in a white tiger with unusual facial features.

The tiger's appearance was not the result of Down syndrome.

Photographs purportedly showing a "tiger with Down syndrome" have been circulating online for several years. Although these images are real, the animal's appearance is not the result of Down syndrome, but rather of inbreeding.

The photographs show Kenny the White Tiger, a big cat that was rescued from a breeding facility by Turpentine Creek Wildlife Refuge in 1999. While Kenny's face had unusual features that could bear a superficial resemblance to those of a human with Down syndrome, this was not an official explanation of his appearance:

What is clear is that Kenny was a victim of the greed of the breeding industry. White tigers are very rare. With so few of them, the genetic pool is limited, and inbreeding is an inevitable consequence. Kenny’s parents were brother and sister. Most of his siblings were stillborn, or died very young, according to Patricia Quinn, a spokesperson for Turpentine Creek Wildlife Reserve, where Kenny lived from the age of two.

The Association of Zoos and Aquariums banned the inbreeding of white tigers in 2011, explaining that the practice was "clearly linked to various abnormal, debilitating, and, at times, lethal, external and internal condition." According to BigCatRescue.org, these animals are nearly always born with crossed eyes, and many also have spinal deformities, cleft palates, club feet, and defective organs.

Kenny the white tiger also suffered from many health problems and had to have a large tumor removed in 2007. Although the surgery was successful, Kenny died in 2008: Kenny was ten years old when he passed away — about half the lifespan of a typical tiger.