Did Rapper T.I. Say He Takes His Daughter to a Doc to Check Her Virginity?

Backlash against the rapper's comment on a podcast was swift. 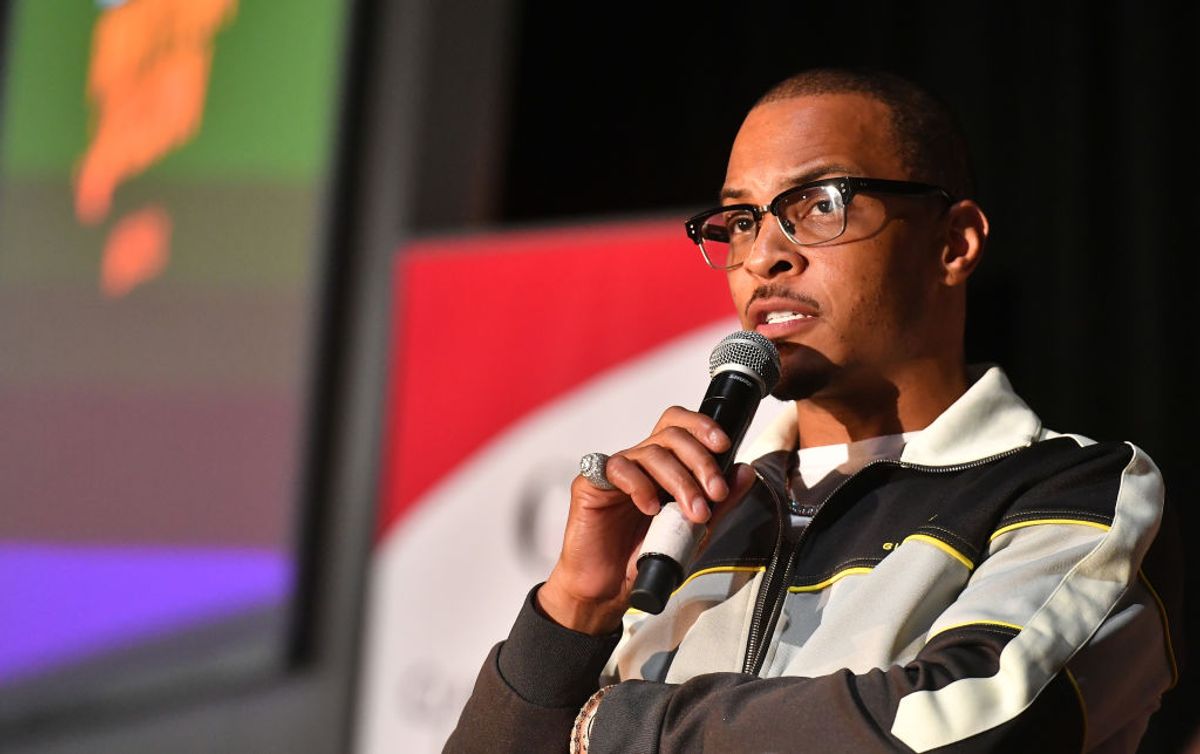 Claim:
Rapper T.I. said in an interview that he takes his daughter to the gynecologist yearly to ensure she's still a virgin.
Rating:

Rap artist T.I., also known by his full name as Clifford Joseph Harris, Jr., received widespread backlash for an interview in which he claimed to take his daughter to be examined by a gynecologist annually to check whether she remains a virgin.

T.I. made the comments during a podcast interview on Nov. 5, 2019, which has since been taken down. The comments drew harsh criticism prompting podcast hosts Nazanin Mandi and Nadia Moham, of the show "Ladies Like Us," to apologize. Mandi and Moham posted on the social platform Instagram that they regretted their reaction to T.I.'s statements but said that they were caught off guard by them.

T.I. has remained silent. Our email to his record label with questions about his comments went unanswered, and he has made no statements to the news media or on social media. His daughter, 18-year-old model Deyjah Harris, has also avoided commenting directly on the matter.

During the podcast episode in question, T.I. stated, "This is what we do: Right after the birthday, we celebrate. And usually like the day after the party, she’s enjoying her gifts, I put a sticky note on the door: 'Gyno. Tomorrow. 9:30,'" according to the Los Angeles Times:

The Atlanta rapper, who also goes by the nickname Tip, went on to explain that the physician — “maintaining a high level of professionalism” — always tells him that his daughter has to sign away her privacy before results can be shared, and always tells him that a hymen can be broken in many ways that do not involve sex.

The comments were quickly and broadly condemned, while gynecologist Jennifer Gunter took the opportunity to write a 12-tweet, mini-lecture that points out the hymen isn't an indicator of virginity:

The hymen means nothing physically and hymen exams are medically not a thing and are unnecessary. And support a disgusting patriarchal trope. 11/12 pic.twitter.com/D1EjoqZeiB

In 2018, three United Nations agencies, the World Health Organization, UN Human Rights, and UN Women called for a ban on such so-called virginity tests, calling them harmful and medically meaningless:

These examinations are not only a violation of women’s and girls’ human rights, but in cases of rape can cause additional pain and mimic the original act of sexual violence, leading to re-experience, re-traumatization and re-victimization. Many women suffer from adverse short- and long-term physical, psychological and social consequences of this practice. This includes anxiety, depression and post-traumatic stress. In extreme cases, women or girls may attempt suicide or be killed in the name of “honour”.

Performing this medically unnecessary and harmful test violates several human rights and ethical standards including the fundamental principle in medicine to ‘do no harm’. WHO recommends that this test should not be performed under any circumstances.