Height of the Texas Giants

A photograph shows four Texas brothers who were all said to be nearly 8 feet tall, but their actual heights are still debated. 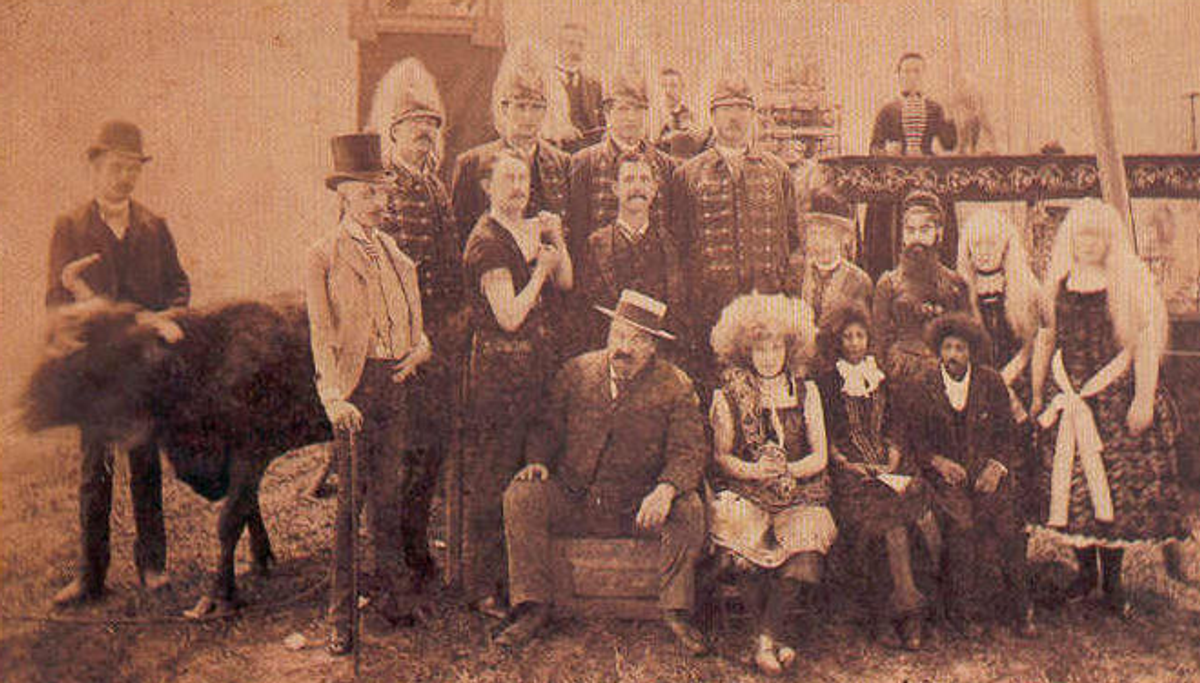 Claim:
A photograph shows 'The Texas Giants,' four brothers who were all nearly 8 feet tall.
Rating:

The Shields brothers traveled with P.T. Barnum's circus as the "Texas Giants."

The four Shields brothers were all nearly 8 feet tall.

In January 2016, a photograph posted to the image-sharing web site Imgur renewed interest in the Shields brothers, four men from Texas who made a living as sideshow performers in a circus due to their unusual heights.

While the Shields brothers really did travel with Barnum & Bailey in the 1880s, and while it's also true that they were billed as the "Texas Giants," their height has been a matter of dispute between relatives, historians, and P.T. Barnum.

As shown in the above-displayed images, the Shields brothers were billed as standing between 7 feet 8 inches and just a quarter-inch shy of 8 feet tall. A description of Jack Shields from Getty Images states that all of the brothers were "eight feet tall":

Jack Shields, the Texas Giant (1859-1896), the youngest of four brothers who were all eight feet tall. They were paid $100 a week by P. T. Barnum to appear as the Texas Giants in his travelling circus.

Frank Shields' granddaughter Martha, however, disputed these claims in an article written for Slideshow World. For instance, Martha wrote that Shade, the shortest man in the above-displayed photo, was only 6 feet 6 inches tall.

Martha explained that P.T. Barnum used platform shoes, tall hats, and a deceptively small ruler to make it seem as if the Shields Brothers were much taller than they actually were:

They wore built up shoes, tall hats and PT Barnum's rule did not have the full 12" per foot. Only one descendant of the giants was 7' tall and that is Frank's grandson Marcus Ross Freiberger, my Aunt Varina Shields Freiberger's son.

An article in the Reading Eagle on 26 December 1926 backed up Martha's assertion that Shade Shields' height had been exaggerated: It's true that four brothers who were above-average in height were billed as "The Texas Giants" and traveled as sideshow performers in the 1880s. However, while the circus claimed that the performers were all close to 8 feet tall, it appears that their actual heights were "only" between 6 feet 6 inches and 7 feet.