The Sound of Apocalypse

Are people hearing strange apocalyptic sounds coming from the sky all around the world? 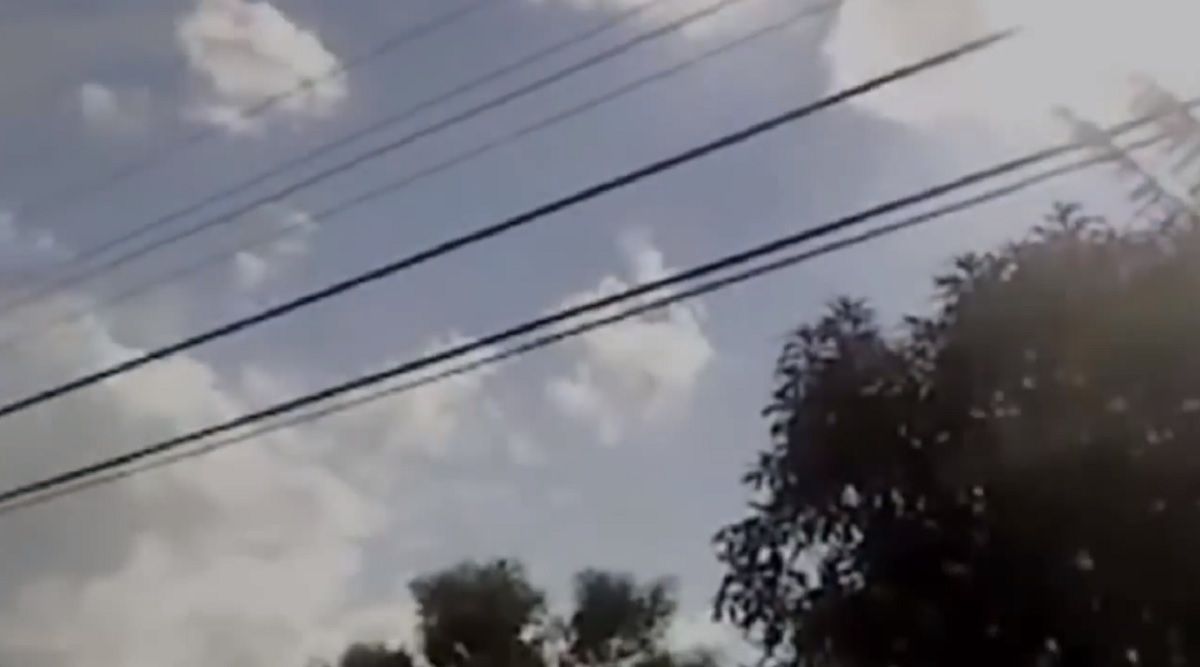 Claim:
Videos have captured strange apocalyptic sounds coming from the sky all around the world.
Rating:

On 10 April 2015, the web site Latin Post shared a video purportedly featuring "strange apocalyptic sounds coming from the sky all around the world." That video comprises clips from various videos uploaded to YouTube between 2011 and 2013; and while it's impossible for us to offer a comprehensive explanation covering every clip seen in that video, we can provide a skeptical look about the alleged "apocalyptic noises" it references.

This video claims that there has been creepy strange noises around the world, many of the comments under these videos are very "world coming to an end" type comments. People are claiming they are trumpets playing. There is no scientific explanation for these noises. I just want to know it it's nonsense or not.

Unusual and unexplained noises are recorded in various locations around the world from time to time. While the specific origins of all such sounds may not yet be known, most scientific research points to natural causes such as tidal waves, methane explosions, underground earthquakes, or shifting sand dunes as explanations for these aural phenomena:

There are many potential explanations, according to David Hill, a scientist at the US Geological Survey, who wrote a recent scientific review paper rounding up the causes of mystery booms. In coastal regions, for instance, large bangs may accompany humungous waves hitting the cliffs; reports of thunderous sounds are apparently common among big-wave surfers in the US.

Hill suspects that earthquakes are to blame in the majority of cases. He's talking from experience; while in California's Mammoth Mountain he was surrounded by a muffled booming sound, despite feeling no shaking. On inspecting his instruments he found evidence of small earthquakes less than 4 km (2.9 miles) below the surface. Whereas sounds of deeper earthquakes may be too low for human hearing, he has calculated that judders near the surface could transmit audible noises of the cracking crust.

Although it is likely that "strange apocalyptic" booming sounds seemingly issuing from the sky have an earthly origin, USGS scientist David Hill said that it's also possible some of these noises originate from above:

You might think it unlikely that we would miss the flash of a meteor, but it's not impossible, as Hill notes: 'Because of the time required for a sonic shock wave to reach the Earth's surface from the upper atmosphere, the visible trace of the meteor has usually vanished before its sonic boom is heard.'

Is that what we're hearing in the video above — a distant earthquake or a passing meteor? Although some of the sounds captured in the video may have natural explanations, some of the other noises clearly originated from a common, artificial source: an iPhone.

At the 4:45 mark in the above-displayed video, a clip purportedly taken in Alberta, Canada, begins to play and (like all of the other clips in this video) features a strange and seemingly unexplainable noise. But this section of the video is unique in having a definitive explanation: YouTube user DangleSnipeCelly08 admitted that the clip she uploaded on 14 January 2012 was a hoax:

I made the video by taking out my iPhone and merely video recorded my balcony view while holding my laptop right behind it, while my laptop played (another video featuring strange sounds) in the background. Took less than a minute to do this.

I made it because I was surprised at the attention (these videos were) getting, and the friends on my Facebook friends list were voicing their fear, which I think is wrong. I easily found that the Conklin video and I believe the Ukraine video has the exact same audio on them (hello Tropical birds in Conklin), so I decided that I had to share my knowledge. I made the video to show my friends and family how easy it was (literally less than five minutes of my life to make the video and upload it) to make something like that, and how they shouldn't believe everything they see online, and should especially not get fearful.

Several of the clips featured in the Latin Post video appear to share a similar audio source with the clip uploaded by DangleSnipeCelly08. Although it's possible that a recurring natural phenomenon has been captured in various locations around the world, it is more plausible that a single audio stream was duplicated and embedded into multiple video clips.

Still, the original noise had to come from somewhere. So is this noise natural, or supernatural? The most likely answer is that the sound came from Hollywood:

Even if the majority of clips in the video shared by Latin Post do not feature "apocalyptic noises" coming from the sky, the world is not void of unexplainable noises. The National Oceanic and Atmospheric Administration (NOAA) still don't know where the whistle over the Pacific Ocean originates, researchers are still unsure of what causes a mysterious "humming" noise heard by many people in Britain, and the USGS still hasn't identified a cause for "skyquakes" booms.