The Onion Has Been Banned on Twitter, Tweets The Onion

Despite what The Onion stated on Twitter, the humor site hasn't been banned. But they're still asking for everyone's help to fight this terrible injustice. 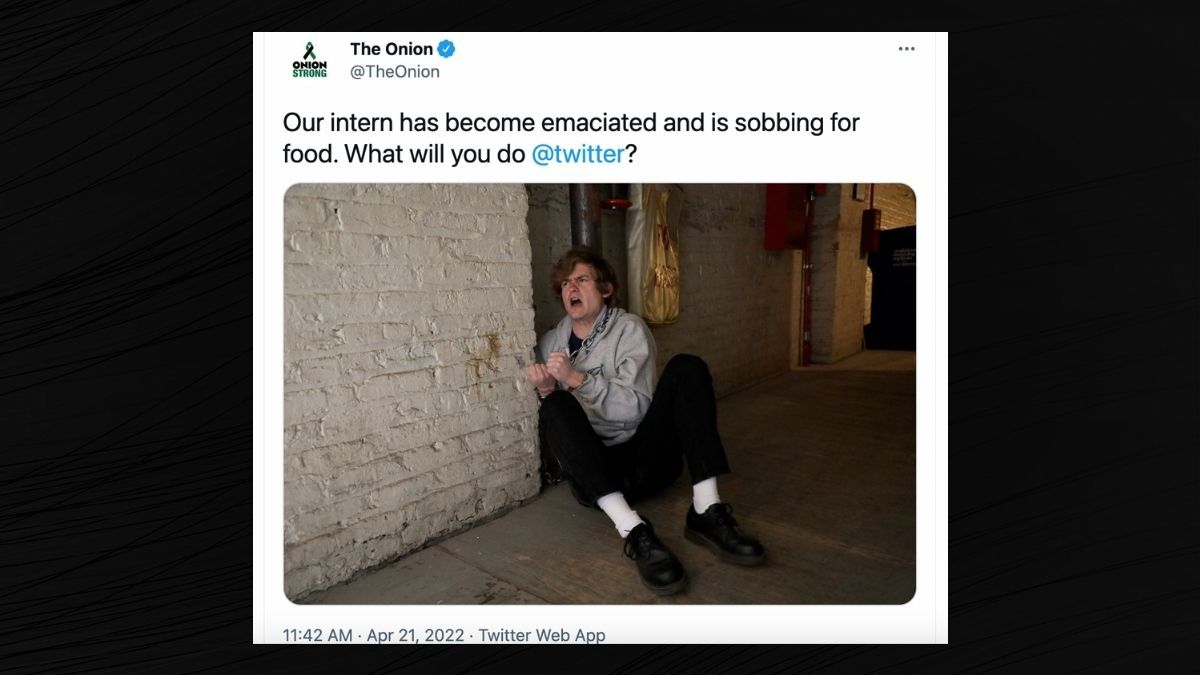 It's a case of "who you gonna believe, me, or your lying eyes?"

On April 21, 2022, the Twitter account belonging to the satire news outlet The Onion took to Twitter to report it had been banned from that very social platform:

As with everything posted by The Onion, this was not a statement of facts, but a humorous take on current events. In this case, the tweets from The Onion were mocking discourse from some highly partisan Twitter accounts that, once they come under scrutiny, take to Twitter to lament their imminent ban from Twitter, though often no ban ends up materializing.

To date, The Onion's Twitter account remains live. Nevertheless, the account remained steadfast in tweets that it had been banned from Twitter, even stating the site's intern had died from the pain of the ban.