Was a dying child made an honorary fireman in Phoenix? 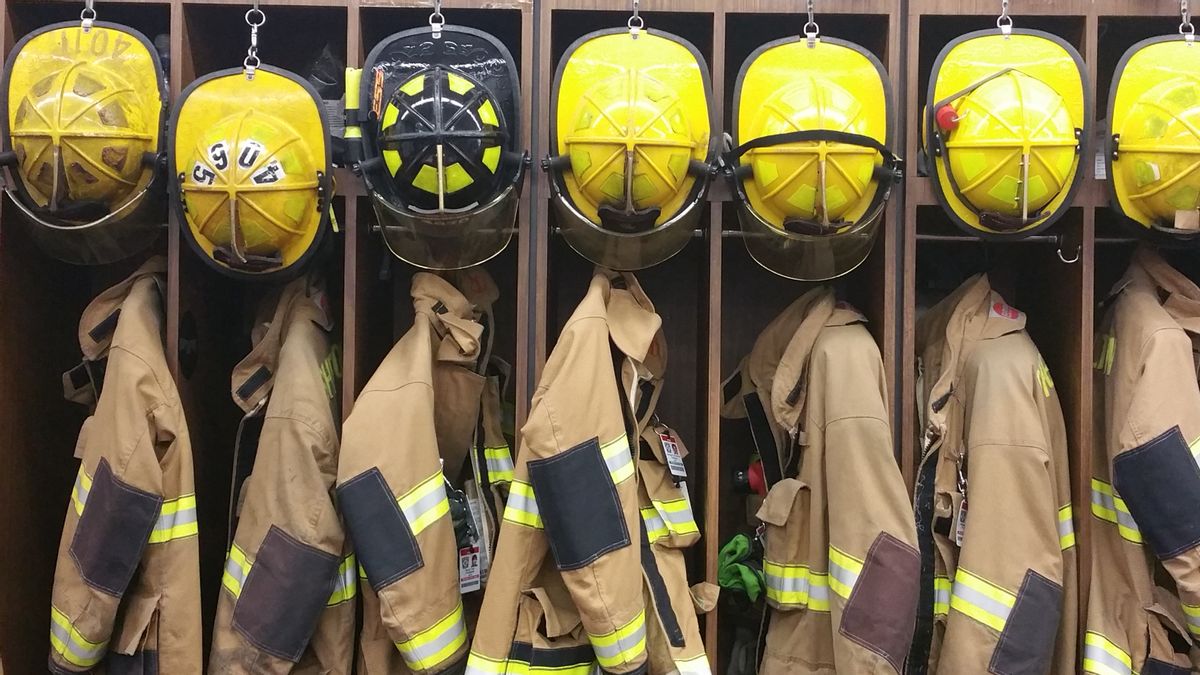 Claim:
A dying child was made an honorary fireman by the Phoenix Fire Department.
Rating:

Though the story circulated in identifies the dying child as "Billy" instead of by his actual name, this Internet tale is a relatively truthful, if overwritten, account. It's also (with the exception of the child's name) lifted word-for-word from the original Chicken Soup for the Soul book.

The 26-year-old mother stared down at her son who was dying of terminal leukemia. Although her heart was filled with sadness, she also had a strong feeling of determination. Like any parent she wanted her son to grow up and fulfill all his dreams. Now that was no longer possible. The leukemia would see to that.

But she still wanted her son's dreams to come true. She took her son's hand and asked, "Billy, did you ever think about what you wanted to be once you grew up? Did you ever dream and wish what you would do with your life?"

"Mommy, I always wanted to be a fireman when I grew up." Mom smiled back and said, "Let's see if we can make your wish come true."

Later that day she went to her local fire department in Phoenix, Arizona, where she met Fireman Bob, who had a heart as big as Phoenix. She explained her son's final wish and asked if it might be possible to give her six year old son a ride around the block on a fire engine. Fireman Bob said, "Look, we can do better than that. If you'll have your son ready at seven o'clock Wednesday morning, we'll make him an honorary fireman for the whole day. He can come down to the fire station, eat with us, go out on all the fire calls, the whole nine yards! "And if you'll give us his sizes, we'll get a real fire uniform for him, with a real fire hat a toy the emblem of the Phoenix Fire Department on it, a yellow slicker like we wear and rubber boots. They're all manufactured right here in Phoenix, so we can get them fast."

Three days later Fireman Bob picked up Billy, dressed him in his fire uniform and escorted him from his hospital bed to the waiting hook and ladder truck. Billy got to sit on the back of the truck and help steer it back to the fire station. He was in heaven. There were three fire calls in Phoenix that day and Billy got to go out on all three calls. He rode in the different fire engines, the paramedic's van, and even the fire chief's car. He was also videotaped for the local news program.Having his dream come true, with all the love and attention that was lavished upon him, so deeply touched Billy that he lived three months longer than any doctor thought possible.

One night all of his vital signs began to drop dramatically and the head nurse, who believed in the hospice concept that no one should die alone, began to call the family members to the hospital. Then she remembered the day Billy had spent as a fireman, so she called the Fire Chief and asked if it would be possible to send a fireman in uniform to the hospital to be with Billy as he made his transition. The chief replied, "We can do better than that. We'll be there in five minutes. Will you please do me a favor?
When you hear the sirens screaming and see the lights flashing, will you announce over the PA system that there is not a fire? It's just the fire department coming to see one of its finest members one more time. And will you open the window to his room?

About five minutes later a hook and ladder truck arrived at the hospital, extended its ladder up to Billy's third floor open window and climbed up the ladder into Billy's room. With his mother's permission, they hugged him and held him and told him how much they loved him. With his dying breath, Billy looked up at the fire chief and said, "Chief, am I really a fireman now?" " Billy, you are," the chief said. With those words, Billy smiled and closed his eyes one last time.

Not that we're going to swear that all Chicken Soup stories are necessarily true, but this one is. In 1981, Frank "Bopsy" Salazar, a 7-year-old dying of leukemia, became the first "wish child" helped by the Make-A-Wish Foundation. This boy from Phoenix had three wishes: to be a fireman, to ride in a hot air balloon, and to go to Disneyland. He ultimately achieved all three; the fulfillment of his first wish, the fireman one, was described by the Make-A-Wish Foundation in their account of events:

The Phoenix Fire Department made sure Bopsy had an experience truly befitting a him the first honorary fireman in Phoenix history. A full uniform, complete with a yellow coat and a helmet, was custom made just for him. Bopsy scrambled around the back of ladder truck, and turned on the horn. Following the ride, he doused a few cars with water from a hose. At the end of the day, Bopsy was pinned with an official firefighter’s badge.

Bopsy went on to experience his hot-air balloon ride and a trip to Disneyland. While in Anaheim, he was treated with every courtesy a visiting fireman could wish for from his Southern California colleagues, including being chauffeured to and from the Los Angeles airport in a fire truck and escorted around the park by two of his fellow firefighters from the Anaheim fire department.

As for the more fantastic claim made in the Phoenix fireman climbed through the child's hospital window on the night Bopsy too holds true. It was only five firemen instead of the sixteen of the Chicken Soup version, but they did indeed park the hook and ladder below his window, then climb up the ladder and into his room:

Bopsy's condition worsened not long after returning from California, and he had to return to the hospital. As he slept in his third floor room, someone suddenly knocked on his window and opened it, and in came five of his fellow Phoenix firemen. They had parked their ladder truck below. As his colleagues continued to crawl through the window, fully not contain his laughter. Bopsy shared a few laughs and stories with his friends before going back to sleep, with a smile on his face. Later that evening, Bopsy passed not before seeing all three of his fondest wishes come true.