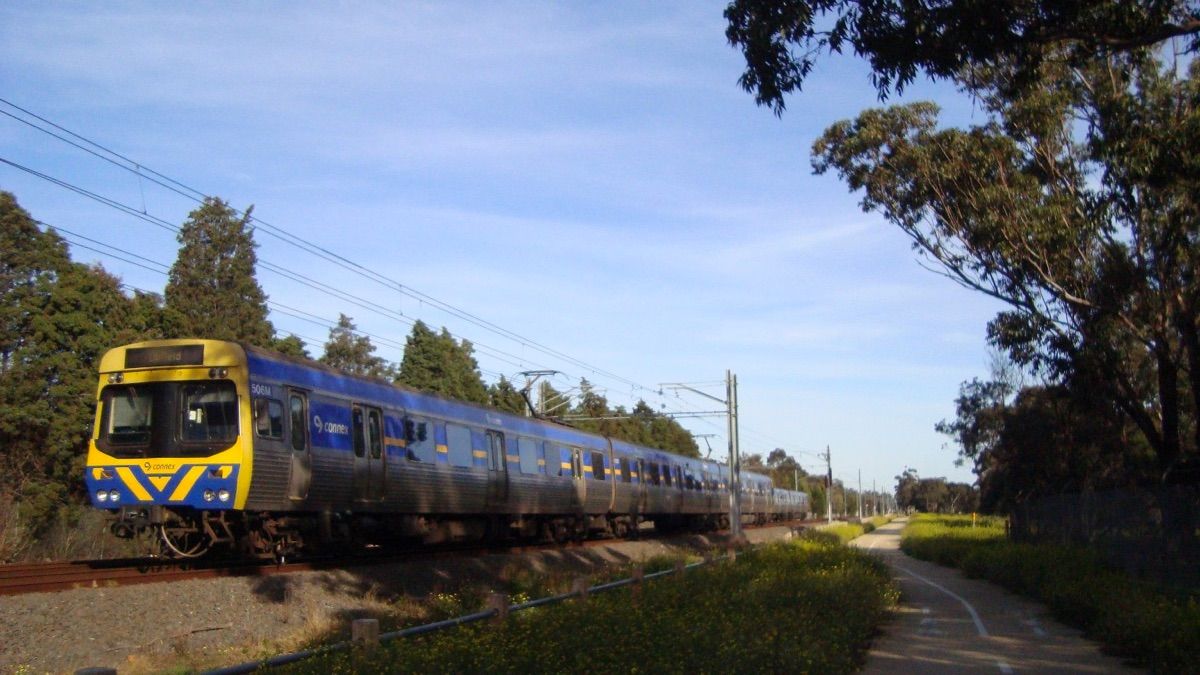 Claim:
A town located near a set of railroad tracks experiences an unusually high birthrate because an early morning train's whistle wakes up sleeping couples.
Rating:

A decades old, popular tale, "The Baby Train" is based on the same premise as the claim that a baby boom occurred after the 1965 New York City blackout: when the usual patterns of home life are disrupted, adults will spontaneously turn to sex as a form of entertainment or solace, without regard for family planning or birth control. Or, as J. Richard Udry wrote, "[i]t is evidently pleasing to many people to fantasy that when people are trapped by some immobilizing event which deprives them of their usual activities, most will turn to copulation":

At the census office in Canberra they were working out the figures and statistics for the last census and they found out that there was this little town on the coast not too far north of Sydney where the birthrate was three times the average for all the rest of Australia. This was so unusual the Government Statistician sent a bloke there to try to find out about it. When he got there it was true, all right. There were bloody kids everywhere. Even the local school had those temporary classrooms all over the place to fit them in and they had a special maternity wing at the local hospital. This bloke was a bit mystified for a couple of days. The people there didn't seem different from folk in all the other little towns around the place. It took him about three nights there to work out what was happening.

This town was on the main railway line. The road crossed the line just north of the town and then crossed back about half-a-mile south again. The Kyogle Mail used to reach there and go through about half-past-four every morning. When it hit the road crossing it used to blow its whistle very loud, and wake everybody in the place, and then just when they'd be dropping off again it'd blow for the other crossing and wake them all up again. Well, it was too early to get up but it was hardly worth while going back to sleep again, so they had to fill the time till it was time to get up. That's what this bloke reckoned.

Mention of "The Baby Train" popped up in the 1939 Christopher Morley novel, Kitty Foyle: "The first thing you hear mornings in Manitou is the early Q train to Chicago. It's too early to get up and too late to go to sleep again. They have a legend out there that the morning yells of that rattler do a good deal to keep up the birth-rate."

The legend also appears in a 1944 collection of jokes and anecdotes. A visitor to "a small town near Charleston" is struck by the number of children in that village and thinks to ask the waiter at his hotel about it. The obliging server takes the traveler to see the train tracks at the east end of town where the expresses to Miami come barreling through. "It's this way," he explained. "That damned train rushes by here every morning at seven o'clock. It's too early to get out of bed, and too late to go back to sleep."

A trainless version of the legend appeared in a 1967 Reader's Digest:

A harried young serviceman, tripping over small children, babies in buggies and the assorted paraphernalia of the very young in a shopping area of San Francisco, sputtered exasperatedly, "Good Lord! Don't these people around here ever do anything else?"A passerby commented knowingly, "It's the foghorns."