Was This House Saved from a Flood by an 'Inflatable Dam?'

A Texas homeowner did protect his house from flooding by using an "inflatable dam," but it was filled with water and not air. 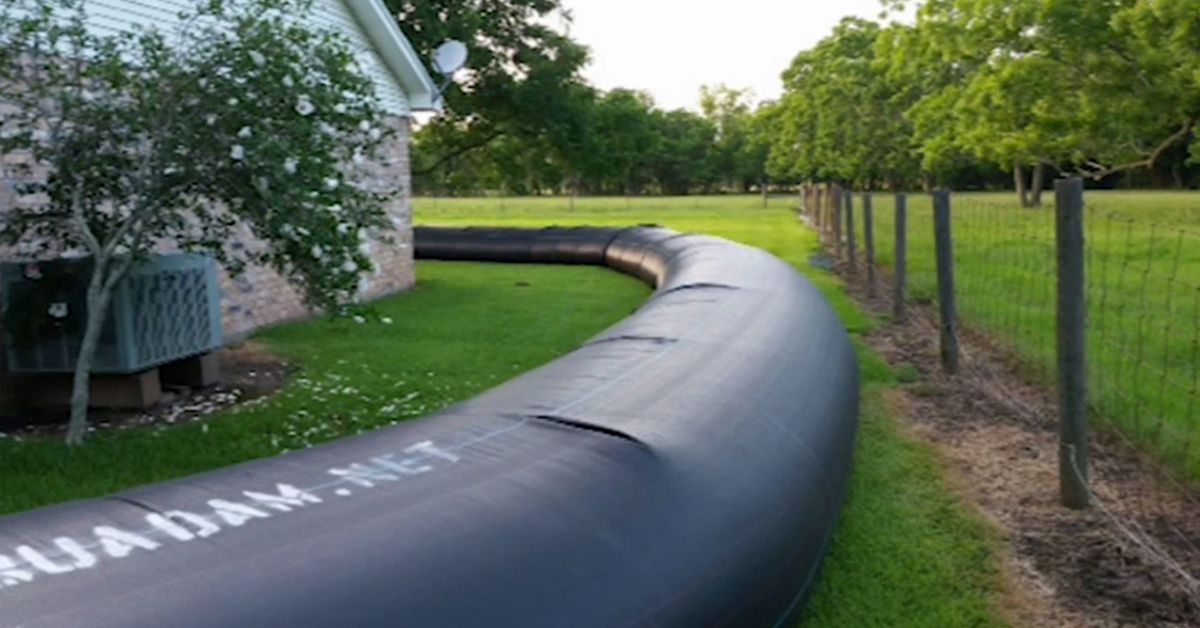 A photograph showing a temporary dam holding back flood waters around a Texas home in 2016 is real.

The "inflatable dam" is actually filled with water, not air.

In August 2017, as a devastating hurricane hit Texas, a photograph taken the previous year of a Texas home that survived flooding through the use of a dam was recirculated online, along with the claim that the pictured dam was "inflatable": The timing of the posts caused some viewers to wonder whether the photograph showed flooding caused by Hurricane Harvey, which made landfall in late August 2017:

I don't know if this is from #harvey flood but wow: https://t.co/3f4gdpUlsp

This picture was actually taken in June 2016 (more than a year before Hurricane Harvey), after thousands of homes were evacuated in Brazoria County, Texas, due to a severe flood. In an attempt to protect his home, local resident Randy Wagner purchased an "Aqua Dam" and installed it around his property, as a local television station reported at the time:

Of the thousands of homes evacuated and damaged by flooding in Brazoria County, one family’s home is high and dry on West FM 1462 in Rosharon.

Randy Wagner decided to take a chance on something called an Aqua Dam, a product he discovered online.

The product in question is not "inflatable" in the sense that it is filled with air; rather, the AquaDam encloses water:

He filled up 400 feet of 30 inch high tubes made of plastic and fabric with water.

“I was the crazy guy. Everybody was kinda going by, laughing at me. But today they are really impressed with this AquaDam,” said Wagner.

He and his family stayed, waited and watched as the water rose to 27 inches, but never seeped through the barriers. The product cost him money, but he told KHOU 11 News it was well worth his sanity.

Here's a video report from USA Today about Wagner and his house-saving AquaDam: