Two Texas students were disciplined after writing a skit depicting the assassination of President-elect Trump. 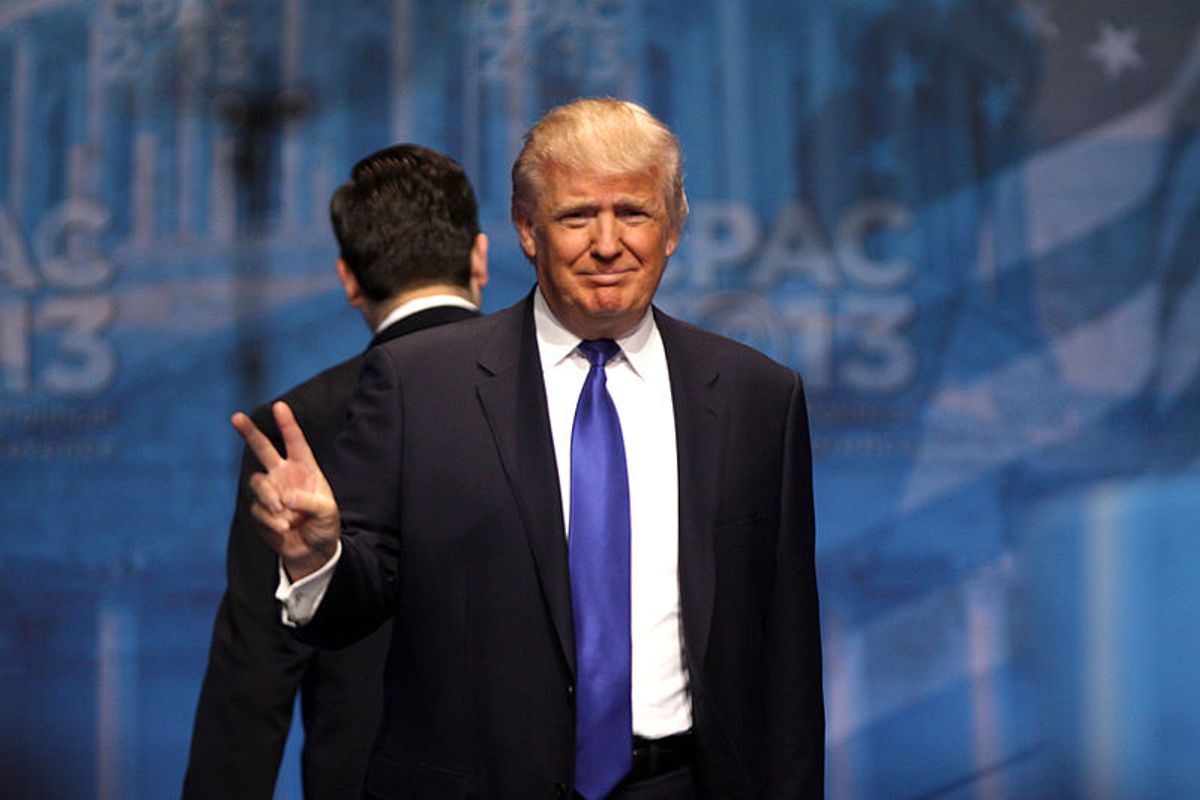 Claim:
High school students in Texas were reprimanded for a skit depicting the assassination of President-elect Trump.
Rating:

In late November 2016, various clickbait web sites shared a story describing an incident in San Antonio, Texas, in which high school students included a fake assassination of President-elect Donald Trump in a skit they wrote as part of an assignment.

The article claimed that a double standard was in play because a similar depiction of President Barack Obama wouldn't be tolerated:

I don’t agree with the reprimanding because we fought so hard for free speech, so I can’t knock them on what they did because it makes me a hypocrite of free speech. The CAN say whatever they want and if I don’t agree with it, then that’s my problem. We do not have to agree with everything that everyone says.

However, the students were promoting violence and the assassination of a real person, a President elect, so that might warrant some sort of domestic violence or conspiracy charges (doubtful), yet should not be permitted in a high school setting. At the very least, a slap on the wrist at school is in order.

The other factor is that if any students did this with Obama, then the leftist media outlets and liberals everywhere would call the students racist. Even if the kids were black, they would get called racists because Obama is black. Even if the students did this with Obama, and were not racist in anyway in their entire life, they would be labeled as a racist by the inability of the leftists to determine a real racist and their lust to call everyone a bigot.

While it's unknown whether the hypothetical situation presented by the web site would be true if circumstances were different, the event depicted in the article did occur — though the sites that carried this story are the types that generally feature a number of a exaggerated and frightening claims (example headline: "CHILLING: Obama Makes Announcement About World Order").

According to the San Antonio Express-News, the skit was performed by two 10th grade boys as part of a class assignment at Marshall High School:

Harold and Melinda Bean said that in the skit, entitled “The Assassination of Donald Trump,” one of the boys made a gunfire sound effect with his cell phone as the other boy, portraying Trump, fell to the ground in mock death.

All of the students were required to submit descriptions of their English class presentations beforehand to be approved by their teacher, the parents said, but these two students in particular changed their skit afterward.

On 18 November 2016, the Northside Independent School District superintendent, Brian T. Woods, released a statement addressing the incident. He said the students changed their script after submitting it:

The teacher had no idea this change had occurred until the students began to perform this in the classroom.

The teacher stopped the student skit immediately when it became apparent that it was inappropriate.

I want to be clear: NISD does not condone the action of these students or anyone else who would threaten violence. The incident was addressed immediately and appropriately by the teacher and campus administration.

The Express-News reports that two parents were particularly upset by the skit, and the story was shared across the blogosphere by web sites claiming the boys should have received harsher punishment — though the district didn't reveal what their punishment was.