Did Ted Nugent Announce a 'Build the Wall' Benefit Concert?

Apparently someone forgot to tell the rock star that Mexico is paying for the wall. 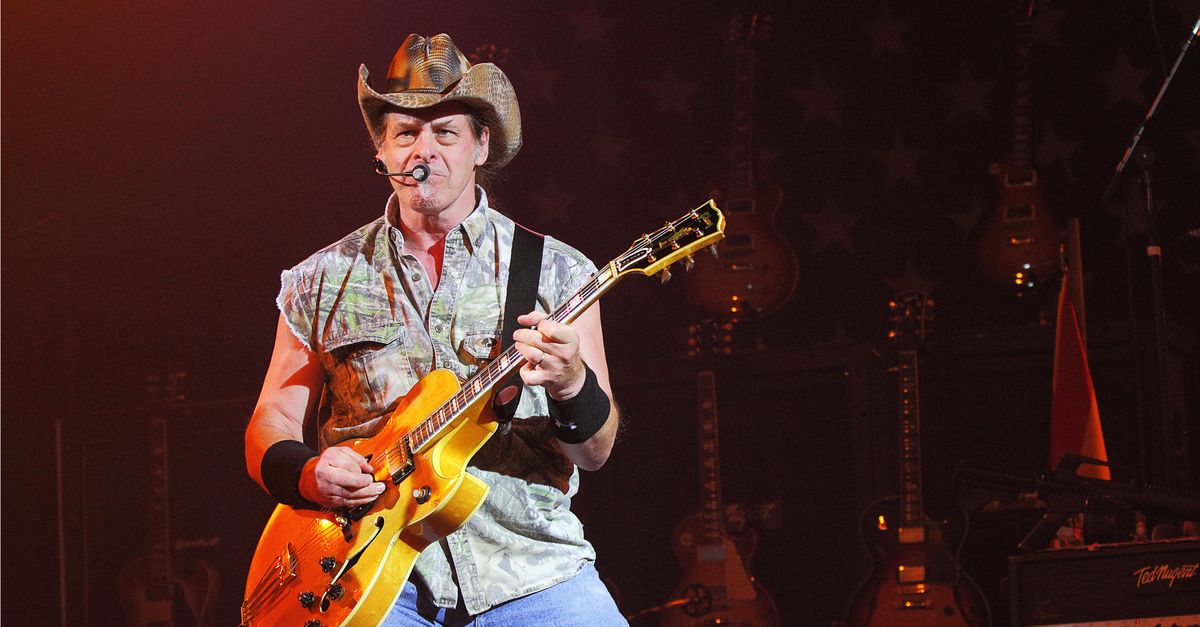 Claim:
Ted Nugent announced he is throwing a star-studded concert to fund the building of a border wall between the United States and Mexico.
Rating:

The earliest of these articles appeared on WeAreTheLLOD.com, part of a network of junk news websites known as "America's Last Line of Defense" (LLOD). Here is an excerpt, as published on 30 December 2018:

Ted Nugent, one of the greatest figures ever in rock n’ roll, has decided to throw a benefit concert to raise money to help build the border wall. Nugent will use his massive influence in the world of music to put together a music festival that will “rival Woodstock.” The hope is that the three-day festival will attract conservatives rather than liberals, who will do more than dance around drinking and drugging. According to Event Coordinator, Art Tubolls:

"Rather than having self-proclaimed chemists selling doses of PCP, we’ll have respectably dressed young men and women collecting donations from concerned Americans. We believe we can raise no less than $50 million, which is way more than they need to start a wall somewhere. The law says once you start a federal project you can’t stop. We will make our lives safer from the small percentage of refugees who come here on foot."

As we have pointed out on many previous occasions, however, none of the websites under the LLOD banner publishes real news. This article, like everything else that originates with America's Last Line of Defense, is fiction. By design, the content is preposterous and politically divisive, meant to provoke outrage among (and cause embarrassment to) conservative-leaning readers. The websites' disclaimers describe said content as "satire":

America’s Last Line of Defense is a whimsical playland of conservative satire. ...

Over time, these websites have become more overt in displaying their intent, but given how the Internet works, simply slapping a "satire" label on a fabricated story doesn't necessarily prevent readers from mistaking it for fact. This is especially true when, as in this case, the article is reproduced verbatim on other websites and blogs that bear no disclaimers. This blurb for one such repost appeared in the Tomi Lahren Facebook group, which has more than 20,000 members: Some of these copycat sites also reproduced follow-up articles from LLOD claiming that liberals refused to grant a permit for Nugent's concert in New York and that Dallas Cowboys owner Jerry Jones agreed to allow the concert to be held in Texas Stadium (which no longer exists).