Did Ted Cruz Say Trump 'Has a Consistent Pattern of Inciting Violence'? 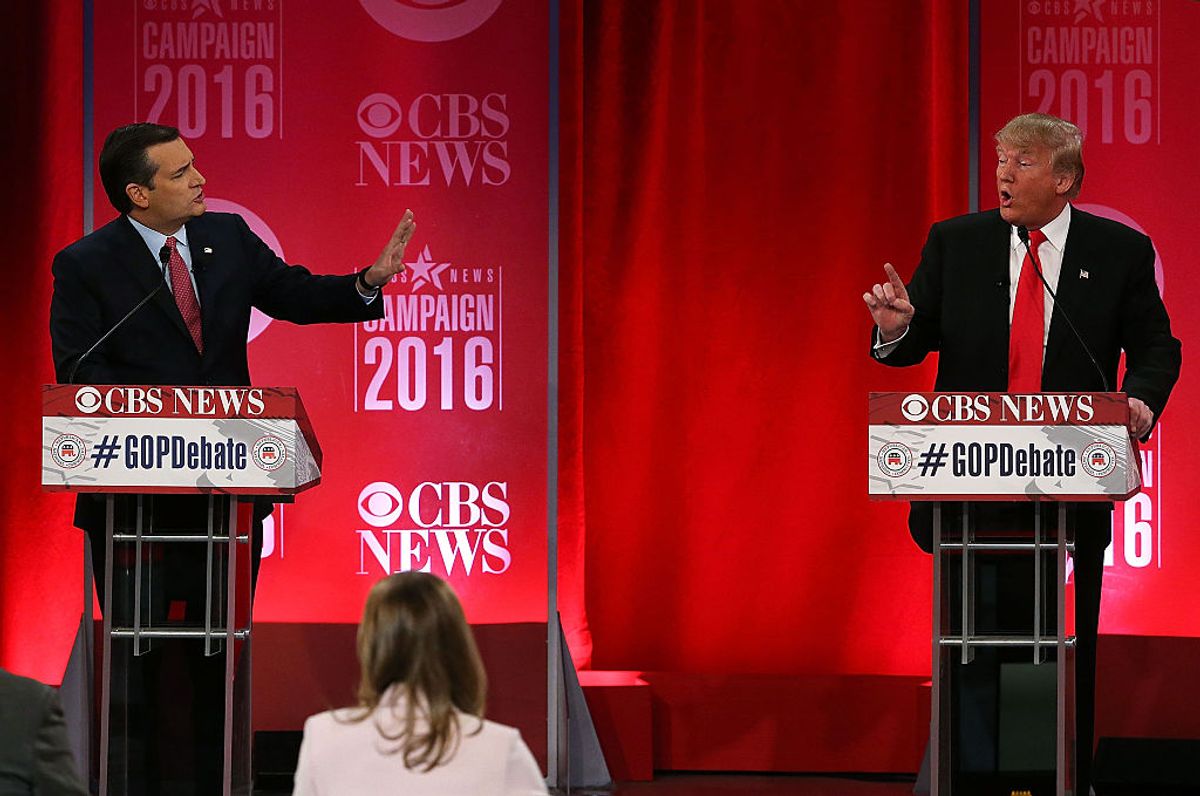 In February 2021, as former President Donald Trump stood trial for impeachment before the U.S. Senate on a charge of inciting an insurrection at the Capitol on Jan. 6, a video started to circulate on social media that supposedly showed Sen. Ted Cruz, one of Trump's staunchest defenders, saying Trump had a history of inciting violence:

Cruz says in this video: "I'm very troubled by this. Donald Trump now has a consistent pattern of inciting violence. Of Donald and his henchmen pushing for violence."

This is a genuine video of Cruz saying that Trump has shown a pattern of inciting violence.

The video was taken during the 2016 presidential campaign. At the time, Cruz was a presidential candidate and was campaigning for the Republican party's nomination against Trump.

This video shows an interview between Cruz and radio host Glenn Beck from April 2016. According to CBS News, Cruz and Beck were discussing Trump ally Roger Stone's threat to release the names and hotel room numbers at the GOP convention of Republican delegates who wanted to switch their votes from Trump to Cruz. This interview also followed reports that some of Trump's supporters had made death threats to GOP officials.

"Donald needs to stop threatening the voters. He needs to stop threatening the delegates. He is not a mobster," Cruz told Glenn Beck during a radio interview. The interview came after Trump supporters allegedly made death threats against the Colorado GOP chairman following Cruz's victory there and Trump ally Roger Stone's insistence that he will release the names and hotel room info of anti-Trump delegates at the Republican convention.

A copy of this radio interview is available on Cruz' YouTube page. His full comments can be heard starting around the 6:30 mark:

And here's a fuller transcription of Cruz' remarks:

Beck: I want to talk to you about the real possibility of violence in Cleveland and even before Cleveland. Let's start in Denver. They are already starting to give out the home addresses of people who were delegates.

Cruz: I'm very troubled by this. Donald Trump now has a consistent pattern of inciting violence. Of Donald and his henchmen pushing for violence. You know you go back to his rallies when a protester shows up and Donald tells his supporters punch the protester in the face. Look I have protesters. When protesters show up at my events I actually engage them. Now if they're disruptive they're removed. But no politician has the right to threaten violence against American citizens. Even lefty numbskulls are American citizens and you don't threaten violence against them.

You know you look at Roger Stone. One of Trump's key henchmen. Roger Stone is threatening in Cleveland to put out the hotel rooms of any delegate that dares cross Donald Trump. That is the tactic of union thugs. It is violence. It is oppressive. The idea that Donald is threatening delegates. We're seeing this pattern over and over and over again. The example you just gave now.

And the example you just gave now maybe the most troubling. We just had an election in Colorado ... 65,000 people voted. And yet Donald Trump's campaign put out publicly, his supporters, the phone number of the state chairman. He's received over 3,000 calls of death threats. Donald needs to understand he is not Michael Corleone. I understand that Donald has had some very shady business dealings with people who are currently in prison, mobsters, but the presidency should not be like Cosa Nostra. And it is wrong for a presidential candidate or for his henchmen, you know Donald keeps hiring people with records of dirty tricks and lies and of threats to violence.

And you know we have an opportunity right now to unite this country, to bring this country together to defeat Hillary Clinton and bring this country around.... And Donald is spending his time dividing us and inciting violence. That is wrong. And you know when Donald has rallies and he demands of every person there to pledge allegiance to me Donald Trump. This is the United States of America. We don't pledge allegiance to a man. We pledge allegiance to a flag. We take an oath to preserve protect and defend the constitution. But Donald needs to stop threatening the voters. He needs to stop threatening the delegates. He is not a mobster.