Ted Cruz was photographed leaving Air Force One with Democratic plotters who supposedly convinced him not to endorse Donald Trump at the RNC. 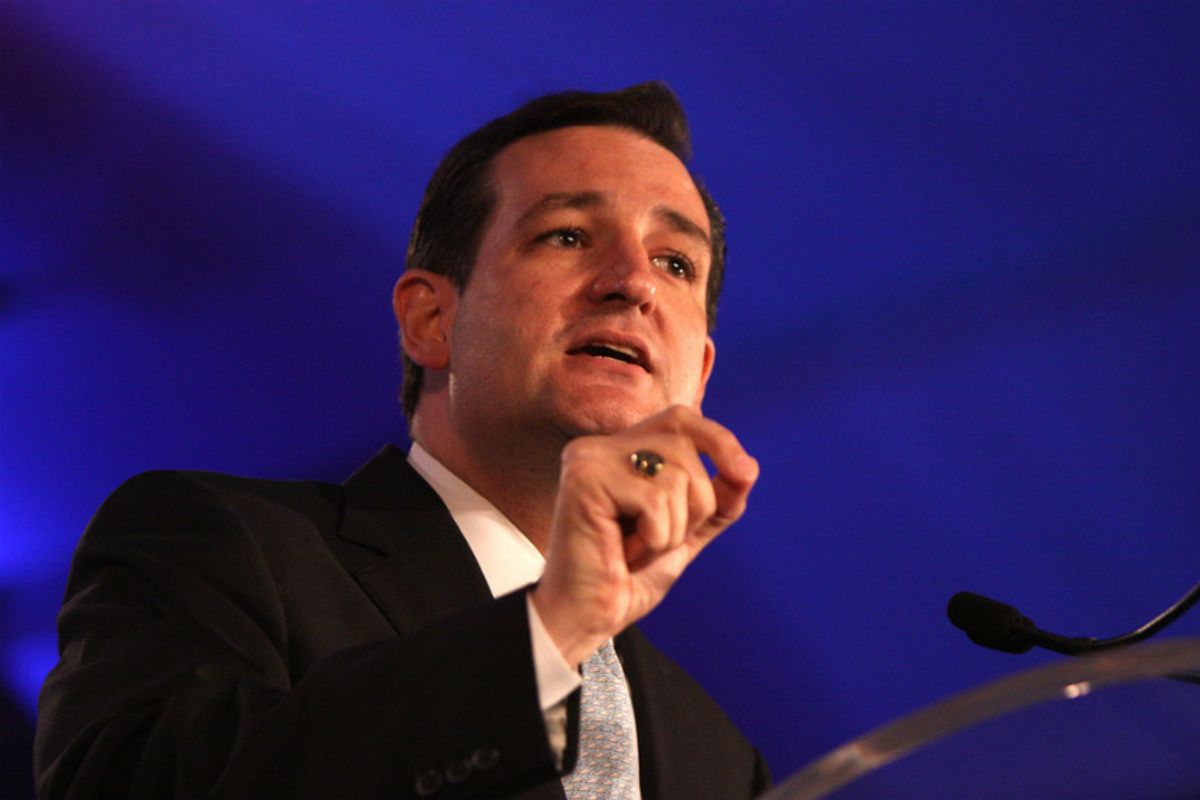 Claim:
Ted Cruz met with President Obama, Hillary Clinton, and Valerie Jarrett on Air Force One a few days before the RNC, and they convinced him not to endorse Donald Trump.
Rating:

Ted Cruz flew to Dallas on Air Force One with President Obama to attend a funeral service for the police officers who were killed there on 7 July 2016.

Hillary Clinton and Valerie Jarrett did not fly on Air Force One along with Ted Cruz, who was already planning not to endorse Trump. Ted Cruz is shown walking behind Mr. and Mrs. Obama, Valerie Jarrett, and directly in front of a woman who appears to be Hillary Clinton via a flight on Air Force One from D.C. to Dallas.

D.C. Whispers readers can decide for themselves what to make of this. An innocent acceptance of a free plane ride with the current and potential future globalist power players, or something else? Mr. Cruz refused to endorse Donald Trump, but spent hours in a plane with those working to destroy America from the inside out? Potentially troubling implications to be sure.

DC Whisperer presented the photograph as if it captured a secret meeting between Ted Cruz and high-level Democratic officials, but Cruz's passage aboard Air Force One was for a more mundane reason documented by numerous credible news outlets. The picture was taken by Jeff Mason, Reuters White House Correspondent, and shows Senator Cruz and President Obama exiting Air Force One on their way to a memorial service for the five Dallas police officers killed in an ambush shooting on 7 July 2016. DC Whisperer suggested the photograph had "troubling implications," but a Dallas News  article from 12 July 2016 provided a different explanation: the photograph of Senator Cruz and Barack Obama together, two politicians who disagree strongly on the issue of gun control, showed that grief knew no "partisan bounds" in the wake of the Dallas shooting:

Grief over the Dallas police ambush knows no partisan bounds, and the passenger list today as Air Force One headed to Love Field reflects that.

Aboard the presidential aircraft was Sen. Ted Cruz, a nemesis of President Barack Obama on a host of issues but particularly guns — a central point of contention in the aftermath of a massacre that left five officers dead, and a nation reeling.

Air Force One is a symbol of U.S. might and prestige. Obama, like Republican leaders, has called for unity since the Dallas tragedy, and the sight of him and Cruz emerging from the plane in Dallas is a dramatic way to project that.

In fact, Ted Cruz has already suggested a month prior to the Dallas shootings that he was not prepared to endorse Donald Trump as the Republican nominee — it took no last-minute arm-twisting on the part of key Democrats to get him into taking that position.