Did Ted Cruz Describe Jan. 6 as a 'Violent Terrorist Attack'?

Right-wing commentators, many of whom have played down the breach of the U.S. Capitol, turned against Cruz en masse in January 2022. 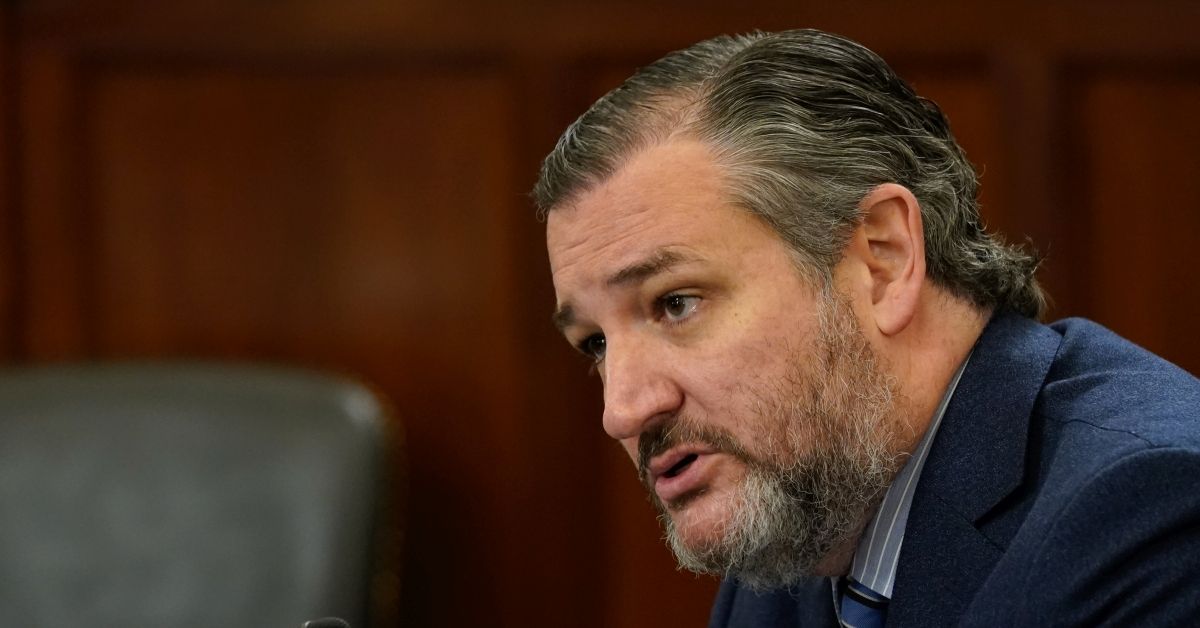 In January 2022, conservative commentators and social media users responded angrily to remarks made by U.S. Sen. Ted Cruz, R-Texas, about the Jan. 6, 2021, attack on the U.S. Capitol by supporters of outgoing President Donald Trump.

Fox News host Tucker Carlson led the charge in his Jan. 5, 2022, show, referring to Cruz as a "supposedly conservative" senator, and saying he had been "repeating the talking points that [Attorney General] Merrick Garland has written for [him]."

Carlson then played a short clip in which Cruz can be heard describing the events of Jan. 6 as "a violent terrorist attack on the Capitol." Carlson responded:

Cruz's apparent description of the attack manifestly hit a nerve with many right-leaning commentators, many of whom have, over the past 12 months, sought to downplay the seriousness and significance of the events of Jan. 6, and the involvement or complicity of key right-wing political figures including Trump himself.

Right-leaning observers, including former Trump adviser Sebastian Gorka, railed against Cruz, who is likely to contest the Republican presidential nomination in 2024, and shared similar clips of the senator's remarks.

Caution is always warranted when assessing short video clips taken from a broader context and a longer set of remarks. However, in this case those short clips did not misrepresent the meaning or sense of what Cruz said, even though they were cut from longer footage.

During a Senate committee hearing, Cruz did indeed describe the events of Jan. 6, 2021, as "a violent terrorist attack on the Capitol." He did not subsequently contradict himself, and he was not speaking ironically, or using the voice of another person, and so on. The clips fairly represented his stated position on the Jan. 6 attack, so we are issuing a rating of "Correct Attribution."

The senator was speaking on the morning of Jan. 5, 2022, during the questioning of U.S. Capitol Police Chief Thomas Manger, by members of the Senate Committee on Rules and Administration, in the Russell Senate Building in Washington, D.C.

That hearing can be viewed in full here, but the relevant section of Cruz's remarks can be watched further below, and they are transcribed as follows:

Cruz: Chief, welcome.
Manger: Morning.
Cruz: Thank you for your service. And I want to start by thanking the heroic service of the men and women who serve alongside you. We are approaching a solemn anniversary this week, and it is an anniversary of a violent terrorist attack on the Capitol, where we saw the men and women of law enforcement demonstrate incredible encourage, incredible bravery, risk their lives to defend the men and women who serve in this Capitol. We are grateful for that courage. We appreciate the selfless sacrifice of the men and women who keep us safe. And I will say, my view is that anyone who commits an act of violence should be prosecuted. And anyone who assaults a law enforcement officer should go to jail for a very long time. And I think that's a principle that's true regardless of the politics of the violent criminal — whether they are right-wing, left-wing or they've got no wings at all. If you assault a cop, you ought to go to jail for a long, long time. And I hope we get some agreement that that should be true regardless of the political context that ostensibly and purportedly justifies that violence — that we will stand with the men and women in blue. So I thank you for your service, I thank the men and women who serve with you, for their service. [Emphasis is added].
Manger: Thank you...

Snopes carefully watched Cruz's contributions to the committee hearing, in full, and found nothing to contradict, mitigate against, or re-contextualize his description of a "violent terrorist attack on the Capitol."

As of Jan. 6, 2022, he had not resiled from that description. Furthermore, Cruz had already described the breach of the Capitol as a "terrorist attack" on at least two earlier occasions: in a May 2021 news release; and in a news release on Feb. 13, 2021, just weeks after the breach itself, which he then called "a despicable terrorist attack on the United States Capitol."