Is Tear Gas Banned for Use in Warfare?

The use of tear gas by police against anti-police-brutality protesters in the spring of 2020 came under fierce scrutiny. 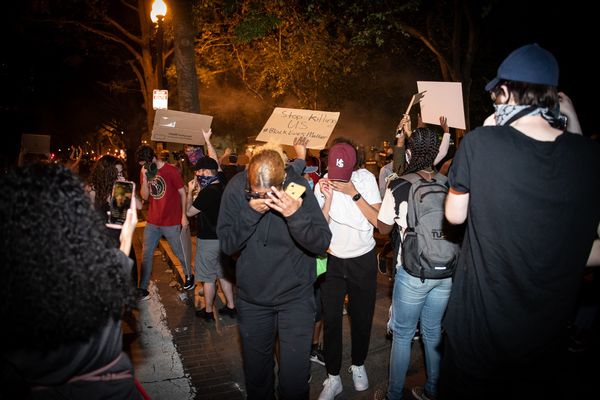 Claim:
Tear gas is a chemical weapon banned in international law for use in warfare.
Rating:

Across the United States, protests took place through May and June 2020 against the deaths of Black people at the hands of police, spurred by the death of George Floyd, an unarmed Black man in Minneapolis. Law enforcement agencies have increasingly relied on the use of tear gas as a method of controlling protesters and crowds. Authorities, for instance, used tear gas in Washington, D.C., to clear protesters from the area of a church that U.S. President Donald Trump walked to for a photo opportunity.

Snopes readers have asked us whether tear gas is banned for use in warfare. Tear gas — deemed a "Riot Control Agent" according to the U.S. Centers for Disease Control and Prevention (CDC) — is indeed banned by the 1997 international Chemical Weapons Convention (CWC) for use by nation states in warfare. The CWC, to which the U.S. is a signatory, uses the phrase "Riot Control Agents" in its text. According to Article 1, "General Obligations," the law states that, "Each State Party undertakes not to use riot control agents as a method of warfare."

However, the law does not stop domestic law enforcement officers in individual nations from using tear gas as a method of riot control on streets and in other spaces in their respective countries. The law states:

"Purposes Not Prohibited Under this Convention" means:

The logic behind the distinction, according to one report, is that once riot control agents were used as a weapon by nations in war, the fight could escalate to include more dangerous chemical weapons, like nerve gas. The American Civil Liberties Union (ACLU) has called this decision "controversial" and cited numerous examples in which the organization says U.S. law enforcement officers have used tear gas both excessively and indiscriminately in protests.

Some background on the CWC: The U.S. ratified it in 1993, but it didn't go into effect until 1997. According to Encyclopaedia Britannica, tear gas was first used in World War I for chemical warfare, but because its effects were short-lasting, domestic law enforcement authorities began to use it to disperse mobs and rioters.

"Riot Control Agents" are defined in the convention as, "Any chemical not listed in a Schedule, which can produce rapidly in humans sensory irritation or disabling physical effects which disappear within a short time following termination of exposure."

Tear gas has a number of effects on people, according to the CDC, including causing extreme irritation to the area of contact for a period of time (usually 15 to 30 minutes). Also:

Long-lasting exposure or exposure to a large dose of a riot control agent, or tear gas, can have the following effects, according to the CDC:

In June 2020, a number of cities in the U.S. proposed bans, or moratoriums, on tear gas use as a method of crowd dispersal by law enforcement, amidst fears that the chemical irritants used in the gas will make bodies more vulnerable to the COVID-19 coronavirus disease. As noted above, tear gas can cause long-term harm, including making people more susceptible to pneumonia, influenza, and other illnesses.

In sum, the use of tear gas, deemed a "riot control agent" by national and international health agencies, is banned in warfare by the international Chemical Weapons Convention but not for domestic riot control purposes. We therefore rate this claim "True."