An anonymous teacher’s lesson to students on happiness has made the rounds of Facebook. 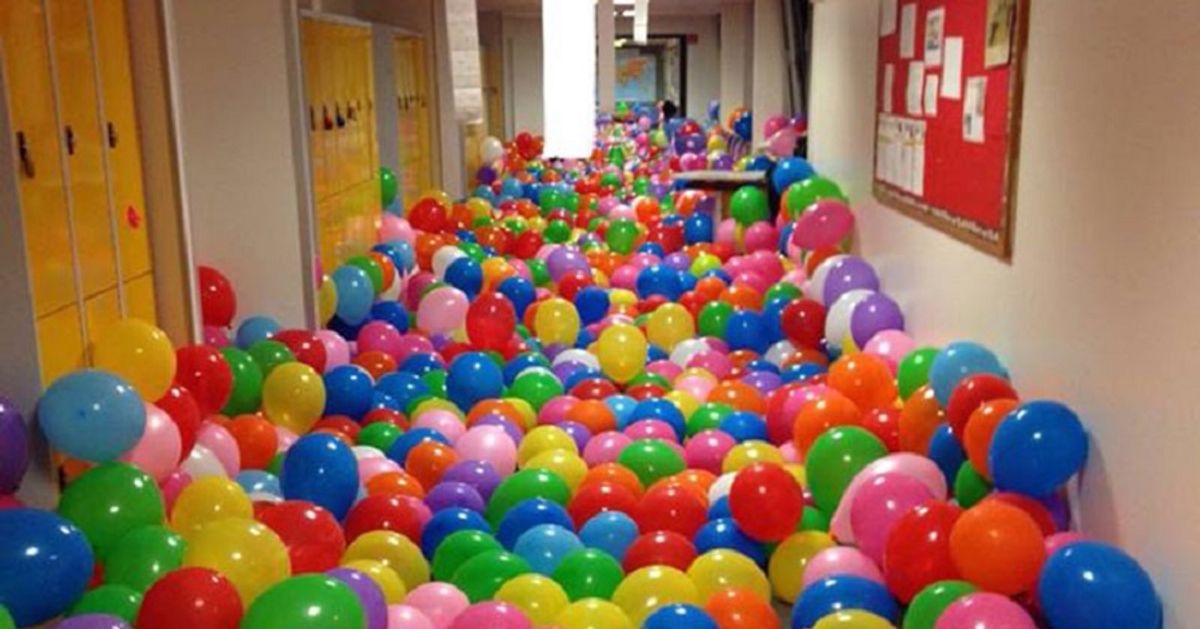 Claim:
A teacher used a hallway full of balloons to teach students an illustrative lesson about happiness.
Rating:

A popular motivational tale that was much-circulated on social media in 2020 dealt with a teacher who used balloons to provide her students with a lesson in happiness:

A wise teacher once brought balloons to school, told her pupils to blow them up and write their name on one. After the children tossed their balloons into the hall, the teacher moved through the hall mixing them all up. The kids were given five minutes to find the balloon with their name on it, but though they searched frantically, no one found their own balloon.

Then the teacher told them to take the balloon closest to them and give it to the person whose name was on it. In less than two minutes, everyone was holding their own balloon.

The teacher said to the children, “These balloons are like happiness. We won’t find it when we’re only searching for our own. But if we care about someone else’s happiness ... it will ultimately help us find our own.”

This anecdote has been posted numerous times with different photographs of balloons, variously attributed only to a "teacher" or a "professor" with no details of name, time or place, so we can't say whether any educator ever actually offered such a lesson to their class. We can say, however, that the process suggested in this tale isn't really illustrative of its lesson about happiness in a practical sense.

Imagine dozens (or even hundreds) of schoolchildren all simultaneously plowing through a hallway full of balloons to each find the one balloon bearing their name. Chaos. Then imagine the same number of schoolchildren, all at the same time, each grabbing a random balloon and trying to find and hand their balloon to the person whose name it bears. Also chaotic.

The second scenario may be slightly less chaotic and more efficient, but not because of any connection to happiness or caring. It has to do with the simple fact that it's far easier to pick out a unique-looking individual whom you know among a crowd of people than it is to find an unknown balloon from a pile of similar-looking balloons through sheer trial and error.