Is This the ‘Tallest Family in the World’?

When combined, the height of the Trapp family is equal to the length of half a tennis court. 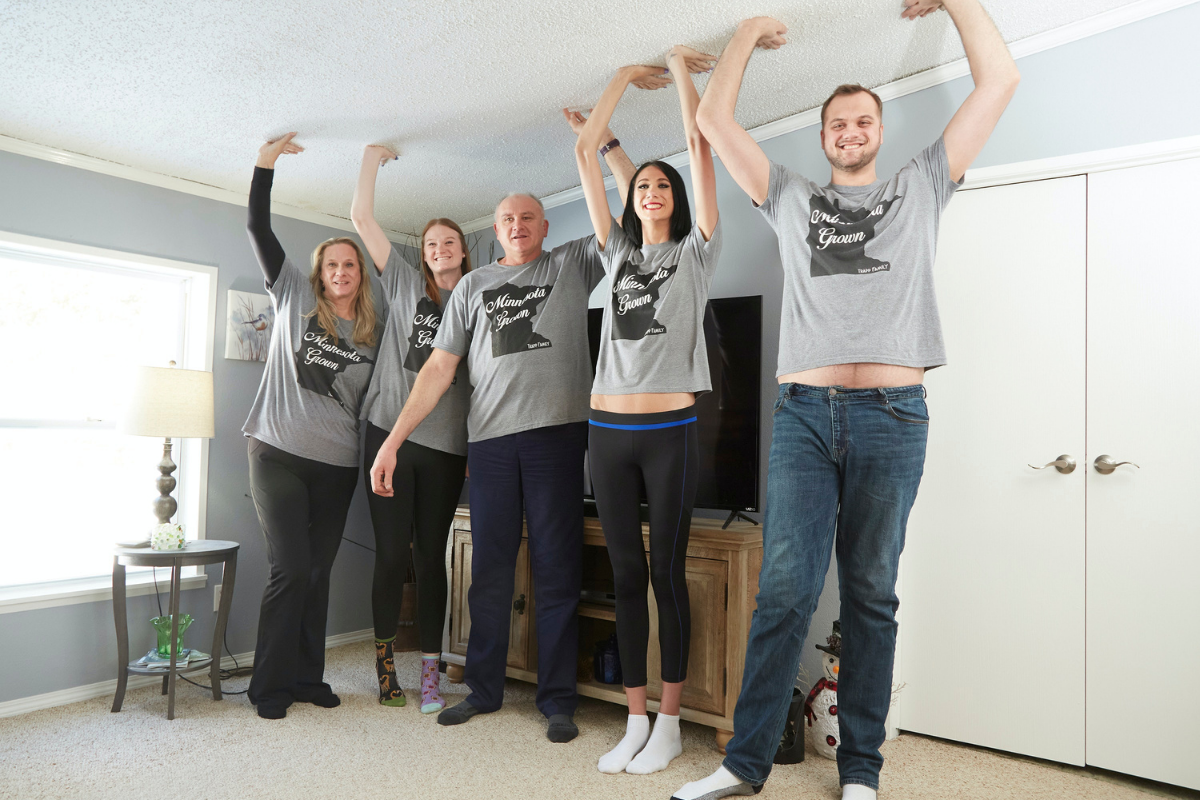 Claim:
The Trapp family of Esko, Minnesota, was confirmed as the “tallest family in the world” by Guinness World Records.
Rating:

The Trapp family has a leg up on others, so to speak. With an average height of 6 feet 8 among the lot of five, the Minnesota-based family was given the title of “tallest family in the world” by Guinness World Records.

Parents Scott and Krissy were measured with their children Savanna, Molly, and Adam on Dec. 6, 2020, by orthopedics doctor Dr. Anna Sudho, but it wasn’t until April 13, 2022, that they were officially designated as the record-breaking brood. Each family member had to be measured three times throughout the measurement day, both while standing up and lying down, to average out and calculate their heights.

Standing at a whopping 7 feet 3, 22-year-old Adam Trapp is the youngest of the unit but takes the cake in terms of height. He is followed by his sister Savanna Trapp-Blanchfield, 27, who is 6 feet 8, and Molly Steede, 24, who measures 6 feet 6. All three played sports during their high school years and were recruited by colleges for basketball or volleyball.

Mom Krissy is 6 feet 3 and says she loves saying that she is the “shortest person in the world’s tallest family.” Father Scott stacks up a whole 5 inches taller than his wife.

Height may have brought the family fame, but the Trapps note that it also brought significant growing pains.

“I have always been tall but had a growth spurt where I grew an inch and a half in one month. The growing pains were unreal. I have stretch marks on the back of my legs,” said Trapp-Blanchfield in a news release. She also hopes to break the record for the largest hands on a living person (female).