Was a Swastika Logo Displayed at the 2022 APEC CEO Summit?

As it turns out, the symbol's resemblance to a swastika depends a lot on the color of the background against which it's displayed. 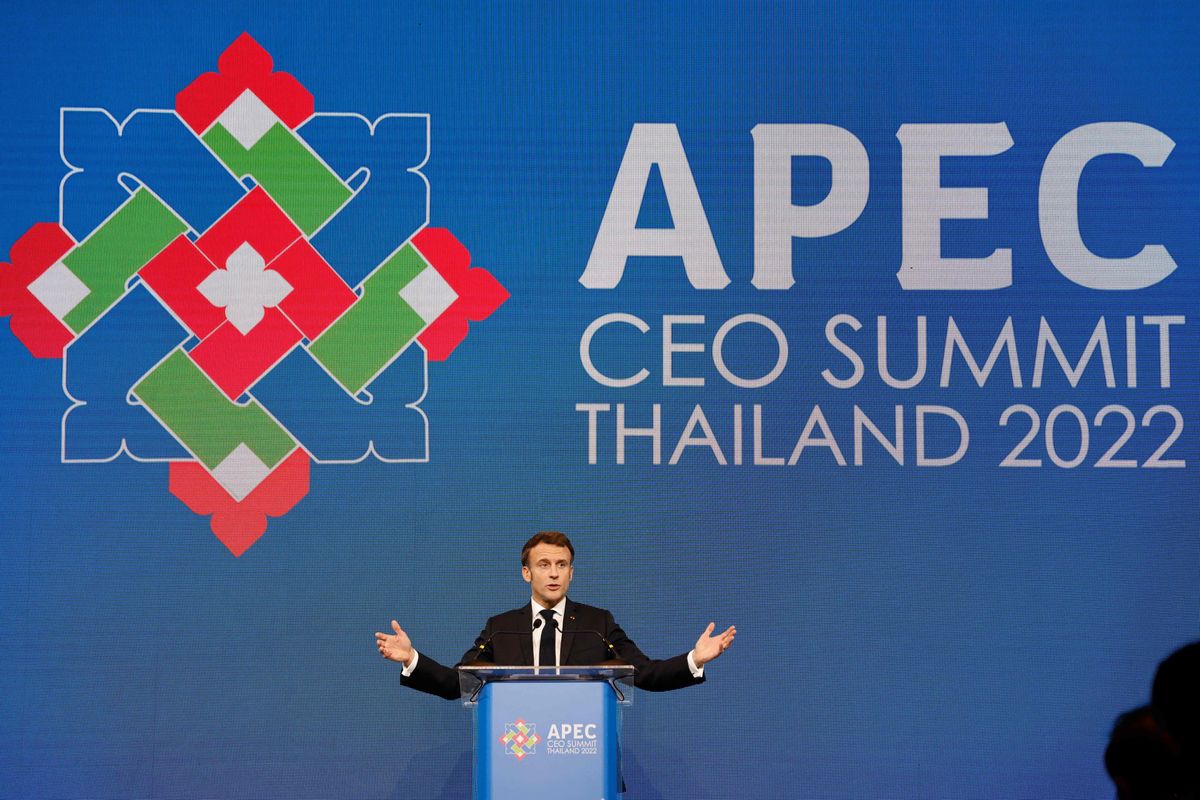 Claim:
In 2022, the Asia-Pacific Economic Cooperation (APEC) CEO Summit displayed a logo that appears to be an inverted swastika.
Rating:

We have reached out to the Asia-Pacific Economic Cooperation (APEC) for more information.

As world leaders descended on Bangkok, Thailand, for the Asia-Pacific Economic Cooperation (APEC) CEO Summit in mid-November 2022, a few people online noticed something interesting about the summit's official logo. Amid the kerfuffle around Kanye West's tweeting (and deleting) a swastika symbol in early December, another user shared an image of the APEC CEO logo, which soon went viral:

According to this Twitter account, the logo is a swastika, the symbol chosen by Adolf Hitler to represent the Nazi Party in mid-20th-century Germany. We looked up the original photograph on Getty Images, and checked the logos on the APEC website, and photo in the tweet indeed shows the official logo used in the 2022 APEC CEO Summit. But is it a swastika?

While the photograph is not doctored, we don't have enough information to determine whether it was deliberately intended to look like a swastika. We have reached out to APEC and will update this story if we get more information.

Under certain conditions, the logo in the photograph does appear to be a swastika, albeit an inverted one, since the arms were bent in the opposite direction in the version consistently used by the Nazis. But when seen against different backgrounds and represented in different colors, the logo's similarity to a swastika fades. The APEC Business Advisory Council logo, for example, does not immediately resemble a swastika unless one looks for it:

And against a white background, the APEC CEO Summit logo doesn't look like a swastika at all:

The deep blue background in the photograph below, which exactly matches the shade of blue in the symbol itself, causes the swastika shape to stand out: 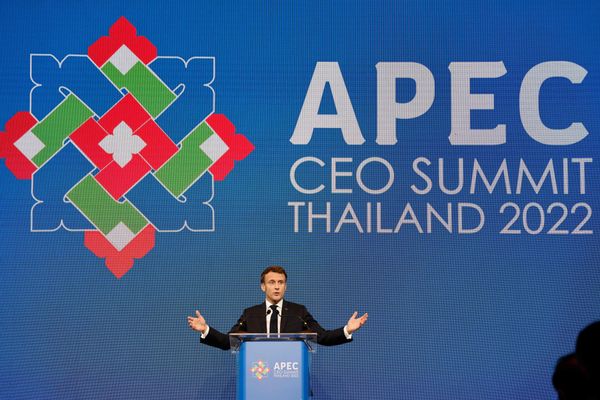 We should note that the basic swastika shape, an equilateral cross with its legs bent at right angles, is also a millennia-old sacred symbol in Hinduism, Buddhism, and Jainism, and has been known to represent peace and good fortune. Thailand has a large Buddhist population, and Hinduism is also a minority religion in the country. While we don't know the inspiration behind this particular logo, it is possible that it was influenced by Thailand's religions and heritage.

As the hakenkreuz, or hooked cross, the swastika was used as a symbol of the Nazi Party in Germany and remained an emblem of authoritarianism and hate into the 21st century. It has been continually used to stoke anti-Semitism and white supremacism.

Given that photograph above indeed depicts the logo of the 2022 APEC CEO Summit, but we know nothing about the motivations behind the design as yet and its resemblance to a swastika is only apparent under certain conditions, we cannot affirm that it is a representation of Nazi imagery. Until we have more details, we will rate this claim as "Research in Progress."