Do You Have to Surrender Your Car to the Police?

Perhaps Uber and Lyft will be filling this need in the near future. 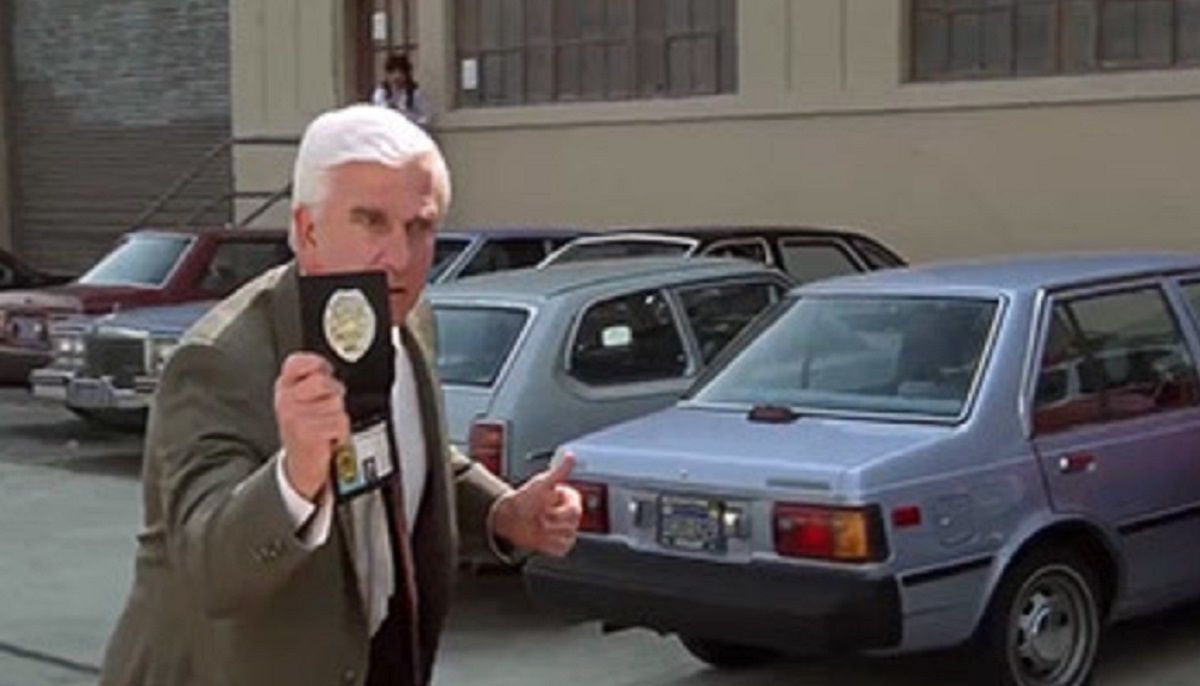 Claim:
By law, a driver must surrender his vehicle to a policeman who requests its use in order to chase a fleeing suspect.
Rating:

This familiar scene has been played out in hundreds of television programs and movies: A police detective in foot pursuit of a suspect sees his quarry about to elude him by hopping into a taxi, bus, or some other type of vehicle. Desperate, the cop flags down the next car to pass, flashes a badge, shouts "Police business!", pulls the driver out of his seat, and takes off after the bad guy in the commandeered automobile.

In the movies, of course, rarely does a driver deny a policeman the use of his car, or stop to question whether the cop has a legal right to demand that he surrender it. But what about real life? Must you yield your vehicle to any law enforcement officer who requests its use? Laws vary from state to state, so for our purposes we'll use California as a representative example.

If a law enforcement officer in California stopped a driver in order to request the use of his vehicle to pursue someone who was fleeing arrest, the officer's authority to do so would fall under of the California penal code, which deals with the doctrine of posse comitatus:

150. Every able-bodied person above 18 years of age who neglects or refuses to join the posse comitatus or power of the county, by neglecting or refusing to aid and assist in taking or arresting any person against whom there may be issued any process, or by neglecting to aid and assist in retaking any person who, after being arrested or confined, may have escaped from arrest or imprisonment, or by neglecting or refusing to aid and assist in preventing any breach of the peace, or the commission of any criminal offense, being thereto lawfully required by any uniformed peace officer, or by any peace officer who identifies himself or herself with a badge or identification card issued by the officer's employing agency, or by any judge, is punishable by a fine of not less than fifty dollars ($50) nor more than one thousand dollars ($1,000).

In short, if you're an adult and a law enforcement officer (with proper identification) requests your help in catching or arresting a suspect, an escaped arrestee or prisoner, or preventing a crime, you are required by law to oblige or face a fine ranging from $50 to $1,000. The question is, does posse comitatus require that you only assist the officer, or does it extend to the use of your property as well?

That question has no definitive answer, at least in California. As far as we can tell, no one has even been tried (successfully or otherwise) for refusing to surrender his vehicle to a policeman. This isn't surprising, since the invocation of posse comitatus to commandeer automobiles rarely occurs outside of movies, and even when it does, most citizens instinctively obey the orders of policemen without stopping to ponder whether they have a legal right to issue such orders.

And if someone did balk at surrendering his car, the cop involved would likely be too busy trying to continue the pursuit to take the time to jot down the uncooperative driver's license number for later prosecution. (A driver who didn't want to yield his vehicle could probably skirt the law by offering to chase the suspect himself and take the officer along for the ride, but "He's getting away; follow that car!" scenarios seem to be limited exclusively to cinematic taxis.)

When we posed the question to the Los Angeles Times' "Street Smart" column, they didn't find anyone who had ever come up against this situation either:

Dennis Zine, director of the Los Angeles Police Protective League and a former street cop, said he has exercised posse comitatus three times to take control of vehicles in his with the LAPD.

Once he commandeered a private delivery truck. Another time he took over a city trash truck. And once he borrowed a bicycle to chase a fleeing forgery suspect. "The only bad thing about the bike," Zine recalls, "was that it didn't have any brakes."

So, it's unlikely that you, as a driver, will ever be faced with this situation. But now, thanks to us, if you are, you still won't know what to do.

Sightings:   In the 1993 film So I Married an Axe Murderer, Charles Grodin refuses to surrender his car to a San Francisco cop (Anthony LaPaglia) who really wishes his job were more like "in the movies."