Has US Seen Surge in Hate Crimes Against Asian People During COVID? 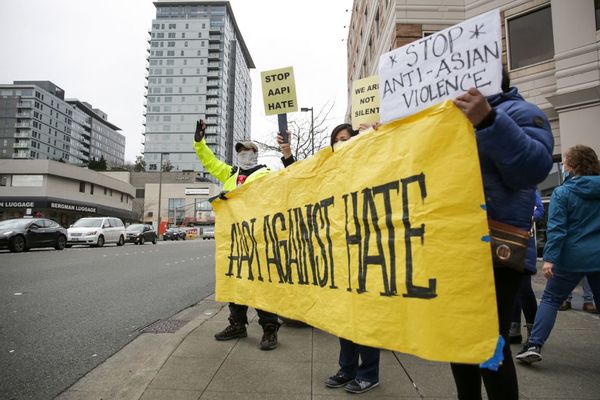 Claim:
The U.S. has seen a surge in hate crimes against Asian people during the COVID-19 pandemic.
Rating:

Eight people were killed in a string of shootings at massage parlors in the Atlanta area on March 16, 2021, and most of the victims were women of Asian heritage.

The attack put a spotlight on a surge in hate crimes against Asian people in the U.S. since the start of the COVID-19 pandemic, a trend outlined in a study published in March 2021 by California State University, San Bernardino's Center for the Study of Hate and Extremism. The study logged hate crimes reported to police departments in the 16 largest U.S. cities in 2020 and found a 149% increase overall.

The report's authors noted the "first spike [in hate crimes as] occurring in March and April amidst a rise in COVID cases and negative stereotyping of Asians relating to the pandemic."

The COVID-19 pandemic was initially detected in Wuhan, China, in the winter of 2019. When it hit the U.S. in the early months of 2020, some political leaders, notably former U.S. President Donald Trump, began blaming China for the chaos and carnage it caused in the U.S. Advocates have criticized Trump and his supporters for using racist language to describe the disease, possibly fueling attacks on Asian people.

As of this writing, police said the motive for the Atlanta spa shootings was still under investigation, but the victims' racial backgrounds immediately rang alarm bells about hate crimes.

Police arrested Robert Aaron Long, 21, of Woodstock, Georgia, on suspicion of opening fire at three spas in Cherokee County and northeast Atlanta. A news release published by the Cherokee Sheriff's Office stated that investigators interviewed Long, who is white, and he confessed to the shootings.

Stop AAPI Hate, a website that tracks hate incidents against Asians and Pacific Islanders, logged 3,795 hate incidents, which included everything from verbal and online harassment to physical assault, from March 19, 2020 to Feb. 28, 2021. Women were more than twice as likely to be victims than men.