Supreme Court justices did not pen a "letter" saying President Trump was "completely wrong in choosing Neil Gorsuch" to fill a vacant seat on the court. 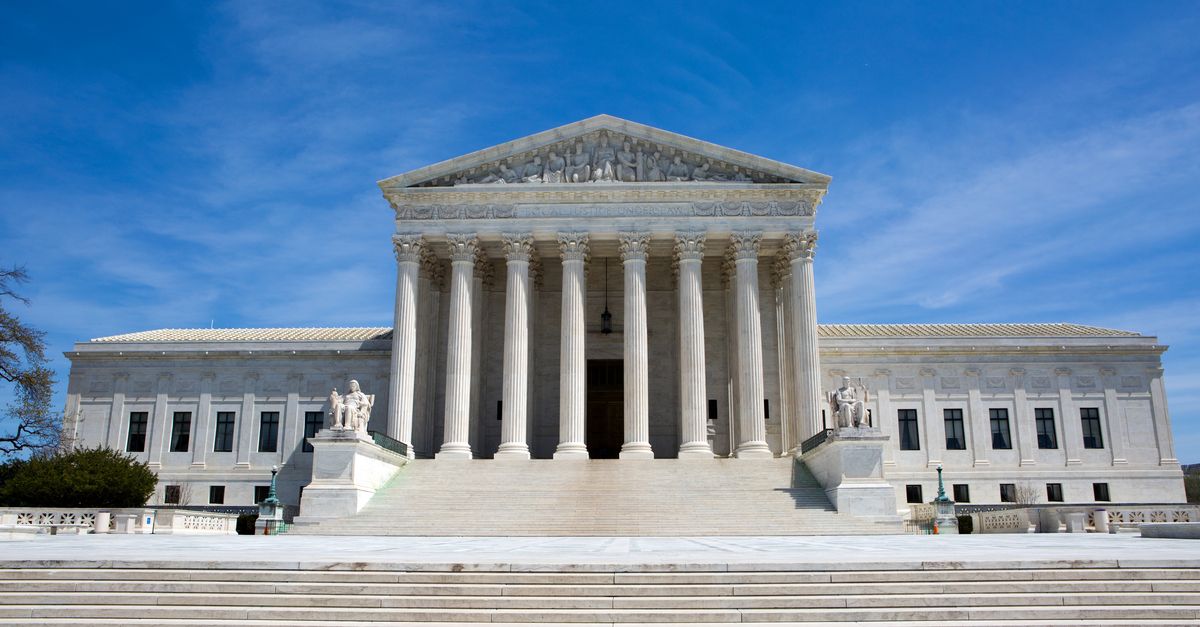 The U.S. Supreme Court vacated an appellate decision in which nominee Neil Gorsuch was one of the several judges previously involved.

The court didn't pen a "letter" saying President Trump was "completely wrong in choosing Neil Gorsuch" to fill a vacant seat on the court.

On 26 March 2017, the unreliable Bipartisan Report web site published an article misleadingly headlined "JUST IN: All 8 Supreme Court Justices Stand In Solidarity Against Trump SCOTUS Pick," with text erroneously proclaiming that all eight sitting Supreme Court justices had "rejected" President Trump's nominee to fill an empty seat on that court and had written a "letter" to that effect:

In a move no one saw coming, all eight Supreme Court Justices have turned their backs on Trump, rejecting his nominee to fill Antonin Scalia’s empty seat. Until now, it was believed that Obama’s pick, Merrick Garland, didn’t stand a chance as Republicans held out on voting for the Justice until Obama was out of office.

However, it seems as though there may be a glimmer of hope left. All eight of the current justices agree that President Trump is completely wrong in choosing Neil Gorsuch to fill the ninth seat on the Supreme Court bench. The letter cited a 2008 ruling by Gorsuch as reason.

While Trump was attempting to persuade Congress of reasons Gorsuch would be a good choice, Chief Justice John Roberts penned a letter from the Supreme Court that addressed the issues with Gorsuch’s “approach” being “the law of the land.”

All of this reporting was a gross partisan exaggeration. The eight sitting SCOTUS justices didn't "turn their backs on Trump," they didn't "reject his nominee," they didn't "agree that President Trump is completely wrong in choosing Neil Gorsuch," nor did they write a "letter" to that effect.

The so-called "letter" refers not to a personal missive but to the Supreme Court's opinion in their unanimous 22 March 2017 ruling in Endrew F. vs. Douglas County School District, which dealt with the level of educational services public schools must provide to children with disabilities under the Individuals with Disabilities Act (IDEA):

[The] ruling emanated from a case in which a Highlands Ranch couple pulled their son Endrew, now 17, out of Summit View Elementary after he began to exhibit severe behavioral issues, including banging his head, dropping to the floor, disrobing and running away from school. Convinced the school wasn’t doing enough to help their son progress academically, the couple pulled him out of Summit View and enrolled him in Firefly Autism, a Denver school that specializes in working with autistic children.

They wanted the school district to reimburse them for the tuition they paid for their son’s private schooling, saying the district itself didn’t do enough to provide him with an adequate education. Three different courts sided with the district, claiming that federal law only requires that schools provide students with “some educational benefit,” a standard they determined Douglas County had met with Endrew.

As the Denver Post noted, "federal judges from several circuits across the country have issued conflicting rulings over the years on what is the appropriate standard to be used to assess the proper level of educational benefit a disabled student should get." In 2008, Neil Gorsuch, who is currently President Trump's nominee to fill a vacant seat in the Supreme Court, was one of the judges on one of the three courts that previously issued rulings in favor of the school district in Endrew F. vs. Douglas County School District. In March 2017, the U.S. Supreme Court vacated the previous judgments of those courts:

Gorsuch, who sits on the 10th Circuit Court of Appeals in Denver, wrote in ruling on that case that a standard of education “merely” more than de minimis — or the bare minimum — was sufficient to meet Congress’ mandate that students in the United States be given a “free appropriate public education” under the Individuals with Disabilities Education Act.

Gorsuch, who said he was handed a copy of [the] high court ruling as he was “headed to the bathroom” during a break in his [confirmation] hearing, told lawmakers he and his colleagues on the court had simply followed previous legal rulings on the issue.

“We were bound by certain precedent,” he said. “We followed our circuit precedent.”

[T]he Supreme Court, in a ruling authored by Chief Justice John Roberts, issued a decision that said the “more than de minimis” threshold for providing instruction to special needs students was insufficient.

“When all is said and done, a student offered an educational program providing merely more than de minimis progress from year to year can hardly be said to have been offered an education at all,” Roberts said. “For children with disabilities, receiving instruction that aims so low would be tantamount to sitting idly awaiting the time when they were old enough to drop out.”

So yes, the U.S. Supreme Court disagreed with previous appellate decisions which Neil Gorsuch had a hand in shaping. But all courts of appeal, including the Supreme Court, essentially deal with disagreements over previous proceedings and rulings, and Gorsuch was not the only judge — nor was his court the only court — involved in those earlier decisions.

To claim, as the Bipartisan Report did, that the Supreme Court's ruling in Endrew F. vs. Douglas County School District constituted a "rejection" of Gorsuch and was the equivalent of all "eight of the current Supreme Court justices" penning a "letter" holding that "President Trump is completely wrong in choosing Neil Gorsuch" is a gross misrepresentation of how the U.S. court system actually functions.