What Does a Sun Shower Symbolize?

Folklore supplies two "reasons" for sun showers, one having to do with animals, the other with the devil or witches. 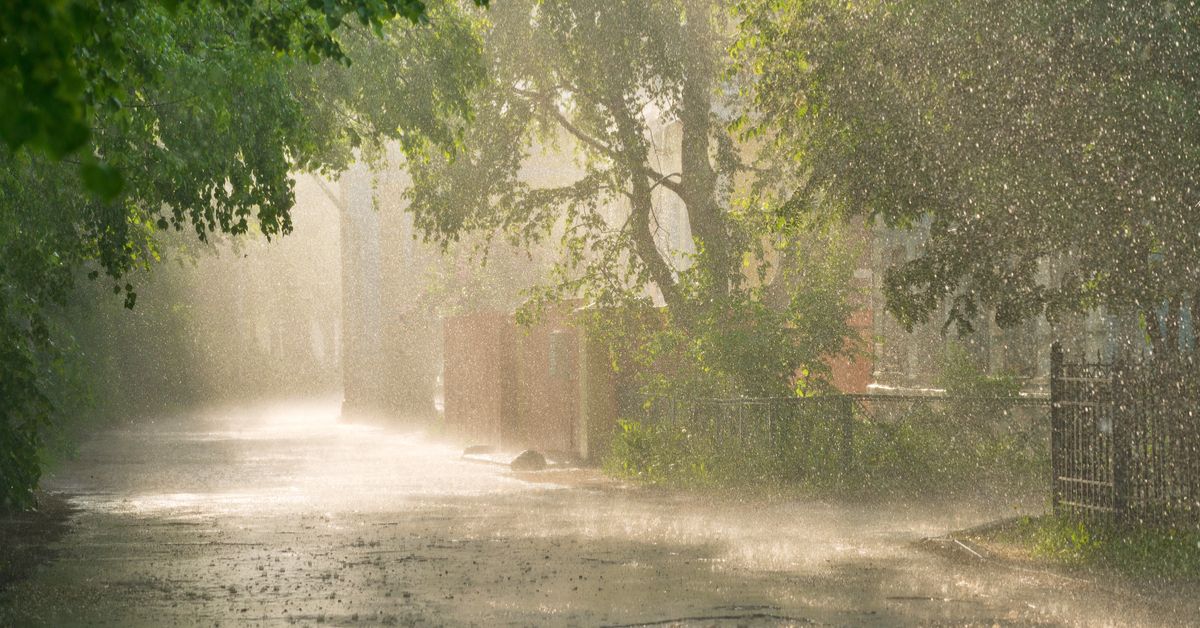 Sun showers are unusual weather occurrences in which rain falls while the sun is shining. Because only rarely does it rain when the sky is not full of clouds which fully block the sun, these seemingly contradictory brief showers are the subject of a few odd beliefs.

The most prevalent item of folklore attached to sun showers is the notion that a sun shower ensures a real downpour at the same time the following day. (Sun showers tend not to last and to be rather light.) They are therefore viewed as harbingers of true storms to come, even as they ever so thoughtfully pin down the precise date and time when one will need to batten down the hatches.

Folklore supplies two putative "reasons" for these oddball showers, one having to do with animals behaving strangely, the other with the devil or witches. Various cultures ascribe the occurrence of these wettings to the marriage of animals, such as rats (Arabic), tigers (Korea), monkeys (Zulu), jackals (South Africa), hyenas (Kenya), or bears (Bulgaria). However, the critters most commonly pointed to are foxes — cultures in numerous spots around the world pronounce a sun shower as a sign the foxes are getting hitched.

The devil is pointed to as the cause primarily in Anglo-Saxon cultures. Says one 1888 book of American lore: "A sun shower is caused by the devil whipping his wife, the raindrops presumably being her tears." Such explanation is typically phrased in a number of ways (such as "Satan is beating his grandmother"), often with the added detail that the female relative he's victimizing failed to prepare a particular foodstuff to his liking. Alternatively, the devil may be said to be engaging in a rather undevilish behavior, such as kissing his wife. This latter version serves to provide an answer for the contradiction that is a sun shower; that something which violates the law of the universe (i.e., the devil's behaving nicely) causes something else which goes against the law of nature (e.g., rain falling from the sky while the sun is shining). Similarly, this odd weather phenomenon is sometimes said to be caused by the devil and his wife fighting, accompanied by the additional suggestion that if one were to stick a pin into the ground and place his ear to it, he'd hear the argument.

Witches get brought into the fray by claims that it's their churning butter or combing their hair which causes sun showers. Alternatively, in an echo of the "animal" rumor, they may be said to be getting married.

A far less prevalent belief (and yet the one I grew up with in the 1960s in Ottawa) was that being touched by rain that fell while the sun was out was very lucky. Specifically, such wettings were thought to bring unexpected windfalls, so sun showers experienced while one was out driving practically dictated the rolling down the window and sticking out of a hand so as to "get money in it." A print sighting of this theorem dates to 1918: "To be out in a sunshower is good luck, and whatever you venture in that hour will be successful." Note that it lacks mention of any direct tie to money and that it includes a timeframe (one hour) that what I grew up with did not.

Rainwater itself is rumored (at least in the world of superstition) to have certain curative, protective, or luck-bringing powers. Many through the ages have sworn by its ability to heal sore eyes. Others assert money washed in it can never be stolen. A Welsh superstition holds that babies washed in it begin talking sooner than those laved otherwise. Rainwater that falls on Ascension Day (the 40th day after Easter) is particularly favored for these purposes, as it is believed to be especially potent.