A photograph purportedly showing U.S. students praying at a mosque as part of the Common Core curriculum was actually taken in the Netherlands. 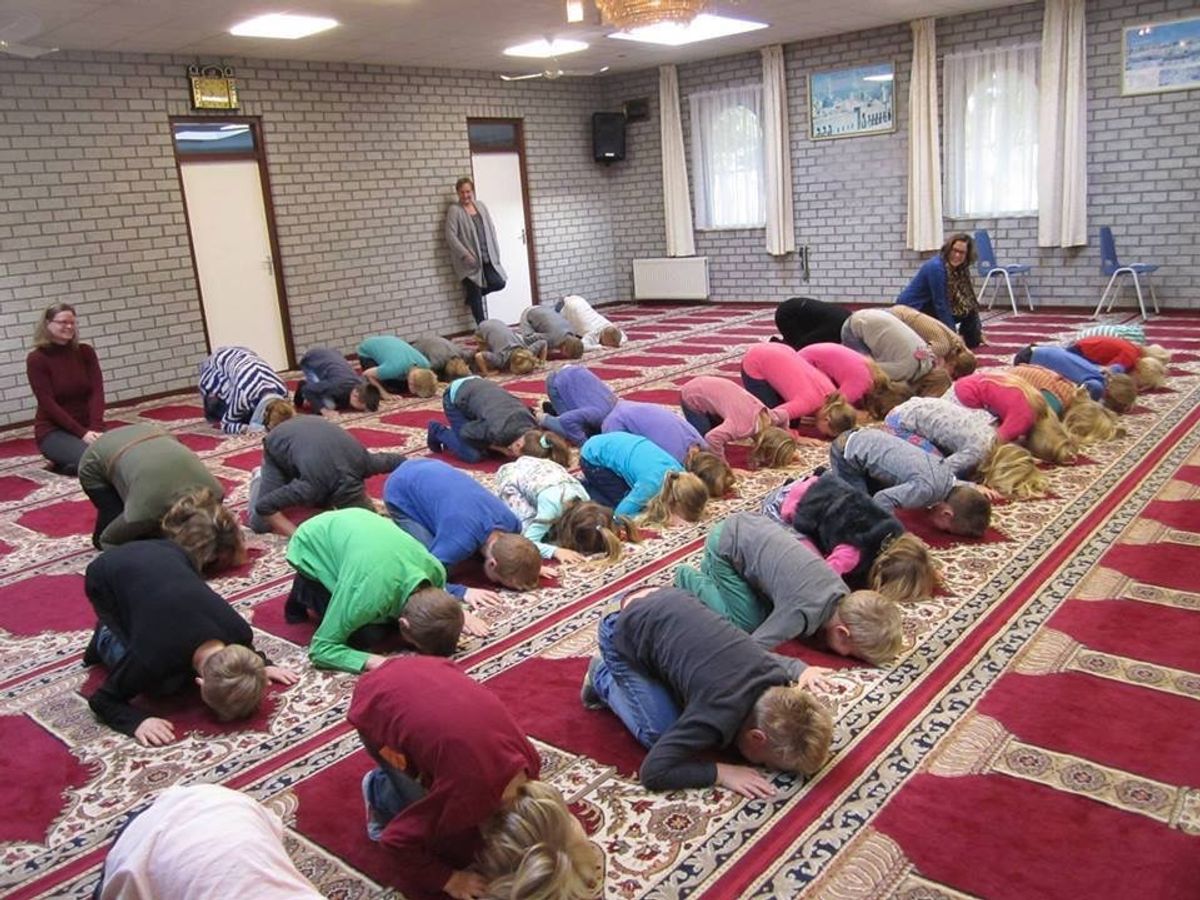 Claim:
A photograph shows a group of American students being forced to pray to Allah at a mosque as part of their Common Core curriculum.
Rating:

In January 2016, a photograph purportedly showing a group of American students being "forced" to pray to Allah at mosque as required by their Common Core was widely circulated via social media. The picture was not taken in the United States, however, and has nothing to do with the Common Core curriculum.

This photograph was snapped at the Ghulzar-e-Madina mosque in Zwolle, the Netherlands, and according to a news article published by The Dalfser Marskramer on 31 October 2014 depicts a group of students from OBS Vinkenbuurt visiting the mosque on a field trip as part of the "other cultures" project:

As part of the project 'other cultures', pupils of OBS Vinkenbuurt visited the Ghulzar-e-Madina mosque in Zwolle. Imam Mawlana Tahier Wagid Hosain Noorani gave a tour of his mosque. All questions that the students had were answered in a fun and understandable way. Students OBS Vinkenbuurt also tried to say the Arabic alphabet. They also have experienced what it is to pray. They have learned a lot during the visit of Islam.

In May 2019, a nearly identical version of this claim started to circulate on social media. This time, the rumor was centered around a video supposedly showing children praying to Allah at an American school:

Just another day of “Diversity Enrichment” at an American school.
Notice all the girls are placed in the rear...

Coming to all schools in Minnesota if Ilan Omar has her way!

Again, however, this video was not taken recently, nor was it taken at a school in America. This video has been on social media since November 2018 and also shows a group of Flemish children during a visit to a mosque.